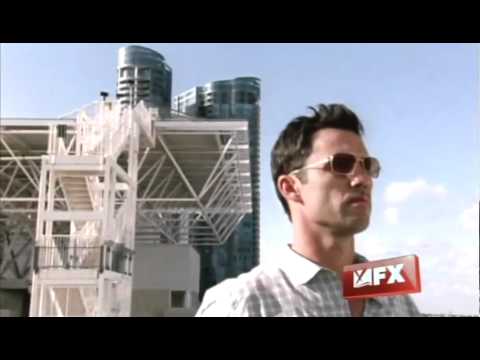 This show rocks
By the end of the first show, the 1-1/2 hour premier, I was hooked. Donovan (remember him from The Pretender?) is charismatic and believable as the spy left out in the cold. I was pleasantly surprised to see Gabrielle Anwar. She starred in a friend’s indie film and I wondered what happened to her. And Bruce Campbell.. well who doesn’t like him? He adds good depth as Michael Western’s grizzled friend. Great cast and sharp writing with Miami serving as a superb backdrop. This series has a load of potential so I’m hoping people will jump on board and start watching. I’m tempted to give it 10/10 as I didn’t see anything that I didn’t like. I’m looking forward to the new episode tomorrow (Thursday). This show is better than most movies coming out this summer. Great blend of action and humor.

Excellent offering
Jeffrey Donovan is an engaging lead in an interesting program – which combines an interesting dramatic story line with a good balance of lightness and humor — much like the outstanding “Monk,” also a USA Network production.

The premise has been well-publicized; he’s a crack covert operator, who’s now been ostracized by his agency, and is seeking to learn why, as well as exist amidst the barriers they’ve erected in terms of his credit and finances, availability of former colleagues, and while he is under surveillance from multiple agency operatives.

During the course of this program, he also assists a man whose former boss – a powerful citizen – has placed both his livelihood and son in jeopardy.

Again, done with both serious drama and whimsy, this is a show which is a breath of proverbial “fresh air,” especially among the lame quiz programs and reality shows impossible to avoid today.

I entered this comment a year ago, upon seeing initial episode of the series. In continuing to watch, I’ve found Jeffrey Donovan’s performances and character to remain interesting and engaging, the remaining cast excellent, and the episodes, overall, also interesting and well-written. Along with “Monk” and the recently-added “In Plain Sight,” the USA Network is producing, in my opinion, better fare than the four networks.