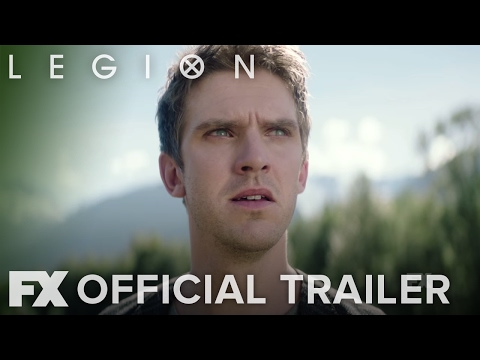 Pretensions are running high in Season 2.
I enjoyed the first season of Legion. The first season had a tension to its style. There was this uncertainty to reality that kept me fascinated. Every silly, strange surreal moment was like a relief to that tension. By season 2 it feels like the rug has been pulled out from under the show’s plot, and they’re left dancing in midair with nothing to hold them up but a fun style, dance numbers, and psychedelic rambling.

I’m going to keep watching in hopes that it gets back on track. But if I’m going to just be watching a new song and dance routine in every episode, or another psychedelic gag because “wahaa-wehee-why-not?” then I’m gonna tune out.

inventive
David Haller (Dan Stevens) has long suffered drug abuse and mental illness. Lenny Busker (Aubrey Plaza) is his former friend and one of his hallucinations. His sister Amy Haller (Katie Aselton) is his only remaining family. In the psychiatric hospital, he becomes infatuated with Syd Barrett (Rachel Keller) who doesn’t like to be touched. He is rescued by a group led by Melanie Bird (Jean Smart). Ptonomy Wallace is one of the group who can access memories. Cary Loudermilk is a mutant scientist with Kerry living inside of him. Oliver Bird is Melanie’s long lost husband. David fears the Devil with the Yellow Eyes while he is being hounded by The Eye.

It’s one of the most inventive TV shows from Noah Hawley. It uses a wild visual style to accentuate its surrealism. It is a lot of mental gymnastics. It does get more complicated. In later seasons, the surrealism ramps up to a point being over-indulgence. The show never stops pushing the envelope and three seasons seem to be the limit for most people. It’s definitely not your average superhero TV show.