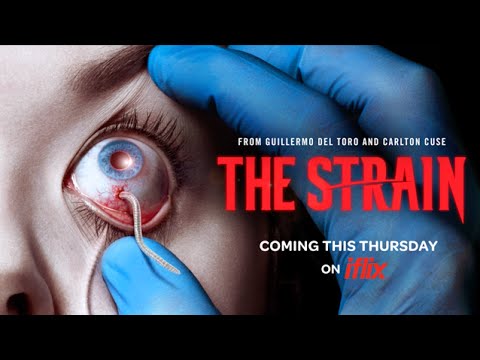 Has potential, if the writing doesn’t kill it.
An interesting show with potential, but it’s still too early for the jury to render a verdict. The cliché characters could be it’s undoing. The writers need to stop insulting the intelligence of their audience and do their homework. As indicated by other reviewers, the CDC would never handle a biological threat in such an off-handed casual manner. And would anybody really believe they would allow a single corner to undertake the autopsies of an entire plane of dead passengers? We get it’s science fiction but please don’t insult the intelligence of the audience with such blatant plot flaws. This show has the potential to be another Walking Dead, but if the sloppy writing continues it will just be plain dead. My finger are crossed with hopes of some better writing to follow.

great effects by Rick Baker
I came across this new series due a few reasons. I saw the trailer and having creatures in it it did look something to look forward to. On the other hand the effects were done by Rick Baker, a big concurrent for the KNB group. Rick’s most well known transformation was the werewolf in An American Werewolf In London (1981). KNB is best known for The Walking Dead franchise.

The story itself isn’t that strong as The Walking Dead but it do has a few good moments too. The weakness lays in the fact that you aren’t really involved in the characters. If they die or survive I just didn’t bother at all. But don’t get me wrong, it isn’t a weak series.

For the horror buffs, Rick Baker does a cameo at a gas station. Due The Walking Dead we are used nowadays to watch gore in a series and here the effects of Baker are the thing to watch, just see The Master or the Old Ones or the smashing of one’s head done by The master.

But I do remember that the first season of The Walking dead was also one that the producers didn’t know to go on, and see, it’s one of the most popular series nowadays.

Not bad at all, great effects, sometimes the creatures and story did me think of Steven King. I’m waiting for season 2.