Belongs In The Dumpster
This movie is so bad, I couldn’t even finish it. The animation is terrible and the voice acting isn’t good either.

Just hop on to the next animated movie…
Well, when I sat down to watch the 2014 animated movie “Agent F. O. X.” (aka “Tu zi zhon de huo hu li”) together with my 11 year old son, I didn’t know that this was actually a Chinese animated movie dubbed into English. So that was somewhat of a surprise.

I have to say that “Agent F. O. X.” wasn’t a great experience, neither in terms of storyline, entertainment or animation.

The storyline told in this animated movie didn’t even bring much of any enjoyment to me, and my son wasn’t particularly impressed either. He even commented on the mouths of the rabbits and the fox wasn’t synchronized to the voices he heard. Yeah, the dubbing was that dubious.

Visually then “Agent F. O. X.” felt like it was a half-finished movie. The CGI felt like it was not properly rendered, often feeling like they were lacking details and textures, and that made for a poor visual experience, which certainly took away from the overall feel of the movie. Sure, the characters were rendered nice enough and had good details, but the backgrounds and scenery around the characters was just not really that good.

The English voice acting dub work wasn’t really impressive, and as if having inferior CGI and wasn’t bad enough, then a subpar voice acting wasn’t really adding to lift the movie. And I doubt that even watching the original Chinese version would make the movie much more enjoyable, because the texture-less CGI was just not pleasant on the eyes. 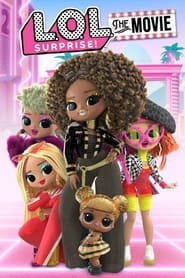