I enjoyed Brave but it wasn’t without a few flaws.

First of all, I never felt like there was much meat to the story. It was enjoyable sure, and had some good morals and family values but I never felt like I was invested in the main characters. Stuff just seemed to happen.

Secondly, and this isn’t as much the movies fault as perhaps the marketing that surrounded it, but it was actually a very different movie than I thought it was going to be. I discovered that it’s hard to break those pre-conceptions as I kept thinking the story was going somewhere else than it did.

Brave was at its best when it made me laugh which unfortunately, was just too seldom. For example, the entire scene where the 3 clans try to fight for Mérida’s hand was way too short!

The voice cast was very good though. Kelly Macdonald in particular, was perfect as Mérida.

All in all, Brave was good but not great. It just seems to lack the “magic” I expect from Pixar. Not their worst outing but close to it.

The following is a long-form review that I originally wrote in 2012.

The film in all was a relatively decent venture. Perhaps Pixar’s well deserved success is its pitfall here. Though highly enjoyable, Brave was simply not up to the standard brought forth by the likes of the Toy Story trilogy, Up or Monsters Inc. ?This movie falls more into the category of “Entertaining, acceptable, cute” instead of the higher echelons some of the studio’s past work has earned it.

Brave attempts to take the “Disney Princess” line away from its predecessors in which princesses are only good for getting themselves into trouble so that men can rescue them (ie. Snow White, Belle, etc.) or in the case of the Little Mermaid in which she is willing to almost literally walk on broken glass for a man simply because he’s pretty. And for this, we thank Brave. All that said and done however, there was one rather unfortunate side-effect of all this. I at first simply felt it was my warped interpretation, but every person whom I’ve spoken to drew the same conclusion, so perhaps not… Now, I’m sure it wasn’t intentional, but, I must say, the main character Merida… Seemed to… Have a thing for her mum. Just saying, honestly, that’s how the piece feels as it plays out.

On a less incestuous note though, stand up comic/actor Billy Connolly as Meridia’s father King Fergus is simply brilliant, and probably the highest point of the whole film. Though the animation didn’t exactly make leaps and bounds forward in comparison to anything else that’s come out in the past couple of years, it was still most certainly impressive.

Maybe if I had been part of Brave’s target audience I could have appreciated the movie more. It was most certainly good, but I wasn’t really ?blown away? by any aspect of the film whatsoever. It managed to scrape a slight “above average” but I really would have liked something more than I got, especially seeing as movies on the big screen tend to impress me more readily.
Brave’s biggest problem is that it is, in essence, forgettable. Though an entertaining 93 minutes to be sure, I can’t imagine myself hankering for a re-watch any time soon.

A Brave New Film From Pixar
There’s quite a bit about Brave that has marked it as a departure from Pixar’s typical fare. The most memorable trailer was one of the best scenes from the movie, with Merida protesting her marriage by shooting for her own hand. That scene alone showcases the detail and quality of animation we’ve come to expect from Pixar. No other studio has managed to come near what they do. The motion of the characters is natural. Merida’s gorgeous curly red hair is distracting in its details only at the perfect times. And, most impressively, when Merida holds her breath to shoot her last arrow the audience holds its collective breath as we watch her arrow shoot away in slow motion and in a beautiful use of depth of field that reminds us why 2D is still highly preferred to 3D.

That’s not to say Brave is quite as visually astonishing as Sully’s fur in Monsters Inc., the magical underwater world of Finding Nemo, or a landfill laden Earth in Wall-E. But, in some ways, it’s not meant to be. We’re dealing with a primarily human cast for once, and ones meant to look very different than the ones in Up.

Beyond the animation, the story is somewhat flat. The trailers do an excellent job of concealing the twists, but the twists are all easy to see well ahead of time. The story revolves around Princess Merida who is continually at odds with her Mother, Elinor. At the center of their arguments: marriage. Merida is to be married to the first born of one of the leaders of the other three clans. She’ll have none of it as she’d much rather ride off on her own and perfect her archery skills than sit at home and be a proper Princess. In her more childish qualities, she’s like her father: an overgrown warrior child who also happens to be King. It’s not a bad story, but it’s certainly a little too basic. Most people will most likely find the lack of creativity in the script’s details the biggest disappointment in Brave. There’s no moments where we marvel “how did these guys come up with this?”

It’s a pity because Merida is one of the best protagonists Pixar has been blessed with. She’s likable and hate-able in all the right ways. She has quite a bit of bratty teenager in her – as evidenced by the lack of morality she displays in trying to change her mother’s mind about her upcoming betrothal – and yet heaps of bravery – as she shows when confronted with what she’s done to her Mother. The best part about Merida and the story is that she’s the one continually driving it forward and making the choices. That proves vital as the film doesn’t really have a villain. This isn’t a good vs. evil battle like all their other movies not named Finding Nemo.

Brave falls somewhere in the middle for Pixar. It’s great that it’s original (especially with Pixar selling out and giving us Monster’s Inc. 2 and Toy Story 4 shortly), it’s great the protagonist is female and so well rounded, and it’s great the animation is somewhat subdued for once. I can’t help but feel that Brave lacks some of the magic and creativity that really separate the upper echelon of Pixar’s best work from the rest of it. Of course, that’ll still probably be enough to make it the best animated movie of the year.

For more reviews like this one as well as other movie musings, go to http://thethreeacts.wordpress.com/

Great Animation, not so great story
Animation is spectacular, great setting in the Scottish Highlands. Voice acting is above par. However, this movie is not among the top Pixar films, by far. I felt the sickening presence of Disney all over the film — weird politically correct preaching, overdone action scenes, and generally random and weird plot.

The story is really disappointing. What exactly makes her ‘BRAVE’?? They should have named the movie ‘PETULANT’. She’s selfish, and the entire plot is about how she can get out of the results of her selfishness while remaining selfish. The magic feels out of place, lots of wasted scenes, and the whole bear thing was just plain annoying after a while.

Not a lot of funny moments, and generally boring! I was really looking forward to this movie, and I did not like it. 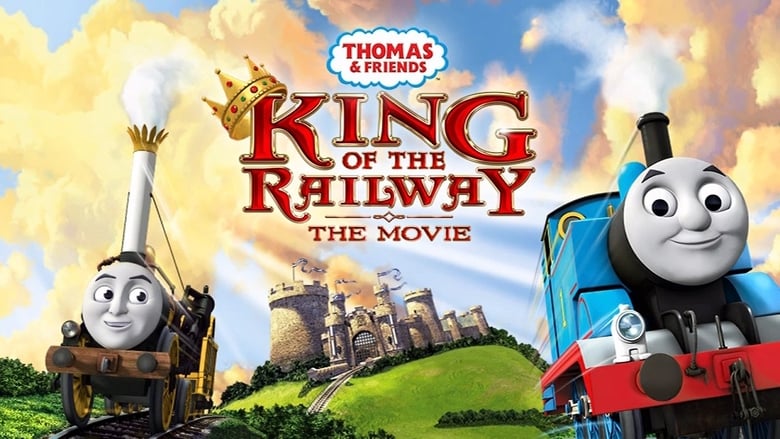