“Let me get the review out of the way so I can get to the kind of self-indulgent personal essay that Klaus is known for – See this movie. See it a dozen times. Give it to friends for Christmas. Do it. It’s a personal, painful, powerful, pointed piece of perfection. It’s an amazing film, brilliantly made and full of incredible performances.

It’s also all about parenting.

You see, Buddy is a comic, and he’s not bad (well, depending on the night, his stuff often fails to land…) and he’s the son of a comedy legend (Played with incredible intensity by the legendary Sally Kirkland) who, well, she’s got things bad. Buddy’s also got more issues than Action Comics. He begins teaching a comedy class to a group living with mental illness, and it’s a tough gig. He walks a line, an incredibly tough line, between wanting to be cool, and loved, and applauded, while also giving them what they need, and sometimes failing on both ends of that candle. Yeah… that’s parenting in a nutshell. He’s trying to be fatherly, bringing a student out to the basketball court to shoot some hoops and have a chat (it’s also where one of the single funniest lines of the whole movie lives) and impressively motherly at times. That last is interesting because his own mother, a bi-polar, bitter, angry shell of a has-been, and we get the feeling that she never really took to motherhood, but what are you gonna do? He’s with the group, and he has to battle through his own demons to make it right.

And here’s why I was walking through my kitchen, bouncing my baby Benjamin, tears running down my face, trying desperately to explain comedy to him. The fact is it’s hard. Not just teaching, not just nurturing, not just working, not just trying to live the dream, not just dealing with difficult parents, everything is hard. Life is hard, and sometimes, the only thing that makes it better is to laugh at the stuff that scares you, that overwhelms you, that grabs you by the throat and won’t let go. Sometimes you laugh and it makes it all better, and realizing that makes you want to make others laugh. This is where comics are born, that the realization that laughter helps, and that you CAN make people laugh. That’s what comedy is – dealing with the world by laughing at it, pushing through the pain with tears of joy mingling with the tears of pain.

And watching Buddy Solitaire, and feeding the boys while I viewed it, made me think that I, and all parents, are basically Buddy. We’re dealt a hand, our parents, our socio- economic class, our talents, our short-comings, and we play it the best we can and hope that we give enough to those we birthed to put them in the best place possible. Buddy is that, a reflection of that, and he brought it entirely to life for me.” 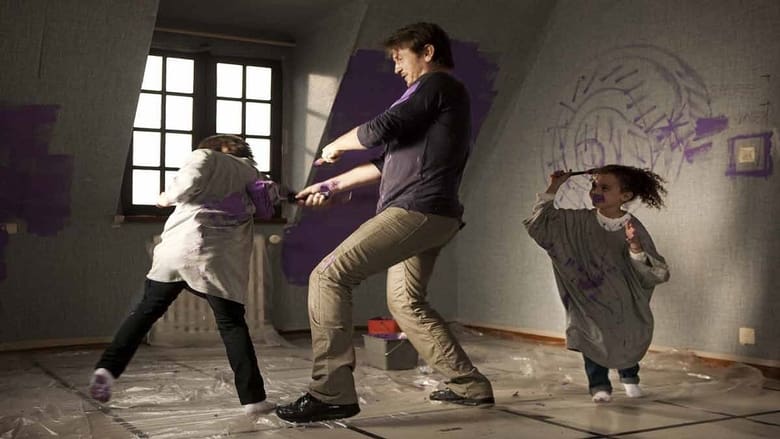