The Song Remains The Same On LSD
The film starts like any other concert film might, just a few moments before the band takes the stage, where they eventually emerge and the crowd applauds, but the opening number is quickly overtaken by an original score piece composed by Stu Mackenzie. At first it might seem odd, but this sets the overall tone for the film to follow. As can be expected from King Gizzard and the Lizard Wizard, this is no ordinary concert film. More performances follow and the on-stage footage is both gripping and crystal clear. Chunks of the concerts are taken from multiple venues across multiple countries during the band’s Fall 2019 European tour in support of Infest The Rats Nest. These performances are punctuated by off-stage glimpses in the dressing rooms, sound checks, on the road, out and about on the town and whatever else one might expect to see a band doing in their off time. All the while, dialogue is rather sparse, mostly being overtaken by the spacey, dark tone poems Stu has concocted to add to the weirdness factor. It all makes for a concert film experience unlike any other. It might be cliche to say, but the way the camera wanders and actually becomes “involved” with the performances and the audience, it really makes the viewer feel what it was like to be there. The spirit is captured perfectly. In the final shot which lasts over 11 minutes, the band members invite their girlfriends and friends on stage to take over their instruments while they begin drinking, crowd surfing and essentially partying with the audience. It’s mesmerizing and joyous to watch. Highlights include the blistering cuts from Infest The Rats Nest, the one-two-THREE punch of Inner Cell, Loyalty and Horology, and a few earlier cuts such as The River and a show-stopping Let Me Mend The Past. This one is up there with Led Zeppelin’s The Song Remains The Same and AC/DC’s Let There Be Rock. Riveting!

YEP
Beautifully shot and edited. Some of the best live audio I’ve ever heard. Genius production all around. Stu takes all of his clothes off. 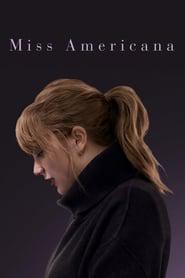