Cloudy with a Chance of Meatballs 2 2013 Streaming Links:

Every line in this movie is awful. I’ll admit that I got pulled in a couple of times just because we went from horrible to average only to have it punchline in awful again.

Don’t get me wrong, when I say “awful” it is a just a lot of bad, cringey humor. But it really is like, “okay, they gave us a sequel, but there is NO WAY we’re getting a 3rd, let’s go ham.”

I wasn’t a big fan of the first one, and creating sentient food is cute, but weirdly problematic from a biological or large-scale morality standpoint.

Ultimately the concept of a “potatopotomus” is cute and slightly amusing, but quickly loses steam as part of a story.

If you are able to get in a helicopter and get far enough away from everything, there is actually a good story structure there, but just the worst execution.

Much more effort involved than your typical “animated kid’s movie sequel made in the 21st century”. The story might not be quite as straightforward as the first _Cloudy with a Chance of Meatballs_, but it ups the fantastical quality, making me appreciate it even more. Such a great hangover film.

Animation is good but it’s a sequel that wasn’t really needed
‘Cloudy with a Chance of Meatballs 2’ was yet another sequel to be released in 2013. The first one was a good solid animated film, not the best but it was different and I liked it. I didn’t watch this with high expectations because the 1st one was just a good 7/10.

As in the first film, the animation is excellent with lots of bright colours etc. Characters are well designed just the same as the 1st. Everything looks good. The voices are mostly the same but it’s a shame Mr.T didn’t return to voice Earl Devereaux.

There are some funny moments throughout the film but the storyline in general just wasn’t as good as the 1st. The original setting has changed because Flint’s machine is still running and the town is being over run with food-animal hybrids. This was just a bit silly in general and didn’t have the magic of the 1st film.

Overall it was just a bit unnecessary and a sequel that wasn’t really needed. The title could’ve been more imaginative as well. I found it to be much like ‘Despicable Me 2’ where it was OK to watch for the 1st hour but then I was getting bored where it was just tedious. It’s OK for a one time watch but the first one is definitely better. I’m sure the youngsters will enjoy it but the first one was more of a film that all ages could at least enjoy in full.

Also if Chester V is Flint’s hero, why wasn’t this mentioned in the first film?

I love the first one and love this one, too!
I’ll admit that I’m a HUGE fan of the first film (I made a Flint Lockwood costume for Halloween and Comic-Con) and was pretty excited for this one…good thing it lived up to the hype I brought into it! The movie is just plain fun, no two ways around it. The story is awesome, the creature designs for the foodimals were just amazingly creative, the voice acting is top shelf stuff and the humor is fantastic. While I admit I didn’t laugh as much or as hard as I did the first one (seriously, I thought I was going to pass out in the first one), I still laughed a lot and had a great time in the theater watching it.

My favorite part of the film, and this may sound strange, was the way the animators crafted the backgrounds when the story heads to the now food dominated Swallow Falls. Seeing the landscapes be turned into food (like a swamp made of syrup or mountains made of rock candy) were incredibly amusing and just shined with creativity.

This one is going on my “Repeat Viewing” list, I enjoyed it that much! 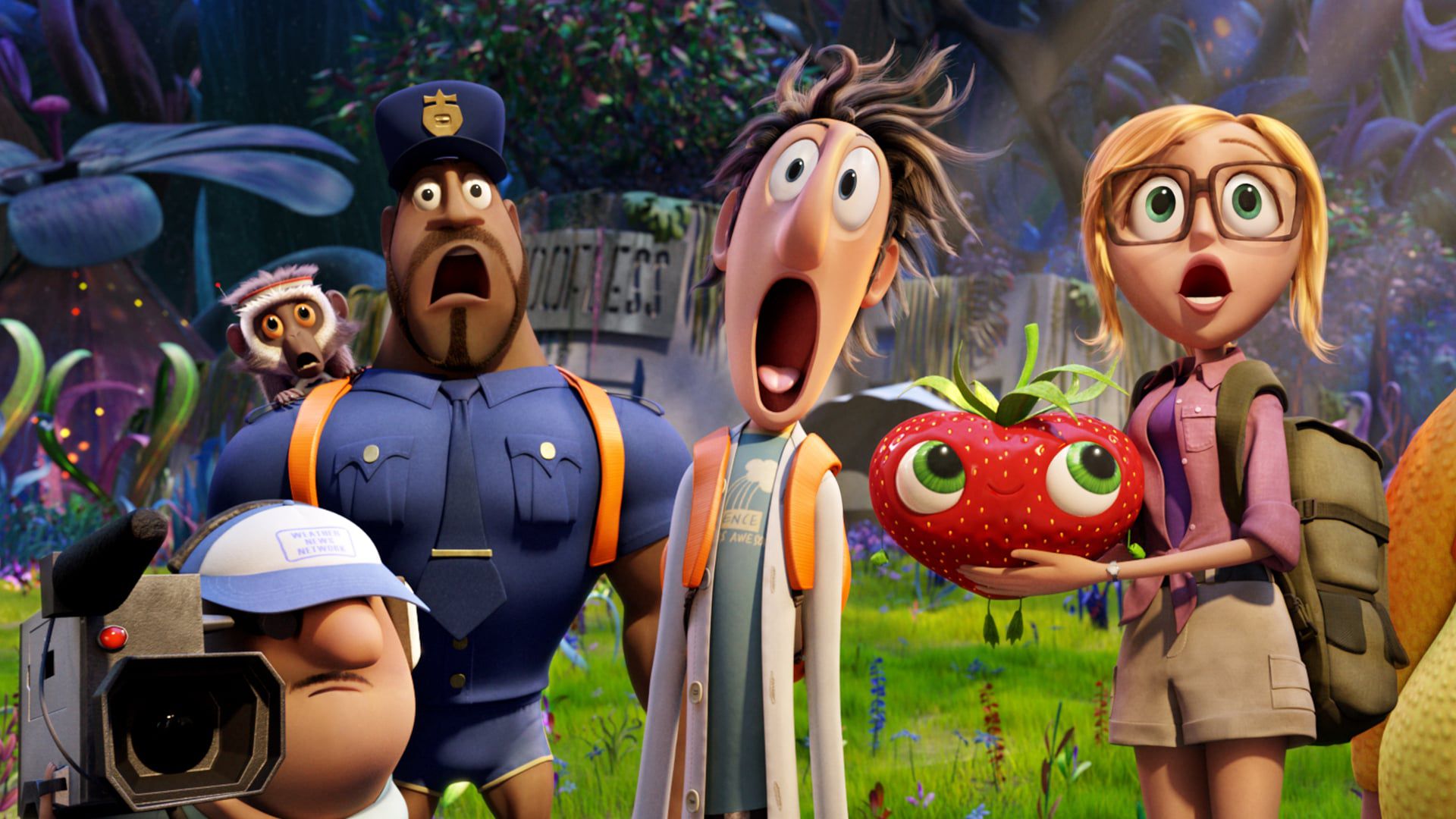