Ambitious low budget horror thriller
Context: In August 2006, a new user called “taraiscrushed” started uploading videos on Youtube. They were essentially vlogs by a women in her mid-20s called Tara. At first, the videos were of the usual sort you would find there; diaries about Tara’s day-to-day life. As the weeks and months passed, Tara displayed increasing signs that things were not right, along with revealing a difficult past. It turns out this was an elaborately planned promotional campaign (which some may understandably qualify as a hoax) for the movie that I am now going to review, Crushed. This will be followed by a mini-review of the uploaded promotional campaign.

Crushed features a premise that is almost identical to the 80s classic Fatal Attraction. Ray (Henrik Norlén) cheats on his girlfriend with the new girl in town, Tara (Natalie Dickinson). He wants it to remain a one night stand but she has other plans. Unlike Fatal Attraction the movie doesn’t revolve mainly around Ray’s point of view. Sure, we see things from his perspective once in a while and learn more about him but the lion’s share of screen time goes to Tara. Her behavior becomes increasingly disturbed as the film goes on and thanks to this character, the movie is far from a Fatal Attraction rip-off. Tara does not want to let go and when she feels threatened by the people around this man she is obsessed with, she goes to any length to get them out of her way. And this is where this movie goes into modern horror territory. The gruesomeness displayed reminded me partly of Hannibal (although director Patrick Johnson’s work will not be confused for Ridley Scott). The acting might not be great, the cinematography is basic and the thing was filmed on a budget but still, that violence was probably the thing the movie had most going for it. It’s definitely not for the squeamish and has Hostel overtones.

The overall screenplay and direction does have problems. The most blatant was the lack of chemistry between the two leads. Patrick Johnson made an odd choice right from the start by not having Tara and Ray share a single moment of mutual interest, lust, passion or even flirting on screen. She picks him up while he’s completely drunk bordering on passed out, we fade to black, then the next thing Ray wakes up next to her and leaves in a hurry. The whole movie revolves around one thing: Tara’s obsession with that man but how she actually gets hooked is barely implied. This rings somewhat hollow as a viewer and prevents the movie from having the intensity it could easily have had.

This film was obviously made cheaply and strange casting choices also affect the product. Swedish actor Henrik Norlén seems talented but very much not at ease playing an American war veteran. His accent is noticeable in some places more than others and this also seems to affect his acting delivery. Natalie Dickinson is doing a solid job in a dream role (so many actors have put themselves on the map playing bad guys and psychos!) although a bit inconsistent at times. But overall, she does well playing Tara who alternates between irony- filled psycho and a hurt soul with a difficult past. Many of the supporting actors were adequate but special nod goes to Keith Malley, who has great comic instinct and is a real natural on camera!

Where the budget shows is in the action sequences, if I may call them that. There is some pretty rigid cinematography and editing here, which could have used more creativity. That’s a shame because in other places, Johnson shows nice artistry with beautiful, evocative shots.

This is extremely ambitious when you realize this movie is just getting out while these videos were updated through three full years. They revolve entirely around Tara, as if it was a real person’s Vlog. And while you sense some structure in many videos, it looks like Natalie Dickinson ad-libbed much of it. And that’s actually what is so wonderful about it. The less structure, the more soul she seems to give to Tara. As well, an entirely unexploited side of her in the film is explored here. She is much less caricatural, seems vulnerable and displays her artistic side. I was very disappointed that her paintings did not appear at all in the movie. Having praised the down to earth nature of the promo, several clips actually hint that this is staged, and some show the darker side of Tara. Unlike the movie, none of the 50-or- so clips features any sign that this would be such an intense and gory movie. I think only one clip has Tara throw F-bombs if i recall correctly. But the most surprising thing to me was that the clips made Tara into a gorgeous women, the kind that would certainly fascinate people, while the Tara of the movie seems bland in comparison. It is strange that these clips that are even cheaper than the movie flatter Natalie Dickinson even more than the movie (she has a magnetic gaze thanks to amazing eyes).

You could always watch the promo on youtube but it doesn’t share all that much with the movie, except as an appetizer. As for the film, I think it has flaws but the intensity of certain scenes will make it worthwhile for horror/thriller fans. An intense little ride that would have been improved by tighter direction and a better co-lead. It is a pity that Patrick Johnson didn’t use the vlogs more efficiently in the narrative of the film. A missed opportunity in that regard. Still, he does nice things here and Natalie Dickinson shows some promise as well.

I LOVE YOU BOO-BOO BEAR
When we first see Tara Wood (Natalie Dickinson) moving in next door, she is bare footed and has some heavy baggage. She has her eye on Ray (Henrik Norlén), an insurance adjustor who for some reason hasn’t been able to get his life together. His girlfriend Maddy (Caitlin Wehrle) wants a commitment from him. The first thing we notice is that Tara has some severe psychological issues. After Ray gets drunk, Tara takes him home…her home. Ray breaks the first rule of sex: “Never sleep with anyone crazier than yourself.”

Tara’s actions are way over the top and could be described as darkly comical. There are “Taraiscrushed” interview videos on “You Tube” that provides background information for Tara. It is recommended that you watch them before seeing the film…although few people have watched them. They should have made them a bonus feature on the DVD. I enjoyed the Tara Wood character as played by Natalie. There is plenty of blood and gore, but I has more amused than horrified. 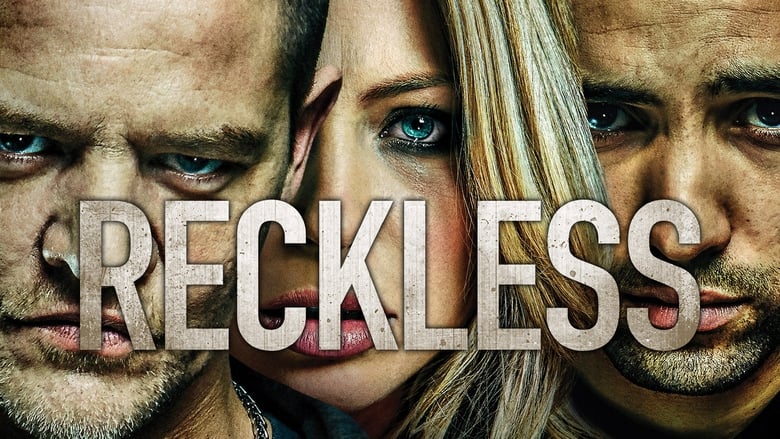