Unboliviable
A vampire tale set in the 1800’s where a small community is slowly being turned into the fanged creatures. Shot in Bolivia so you’ll have to read this one but the backdrops are awesome. The director liked to show skin and the odd whipping. One scene was a little much where a girl is whipped 36 times and we have to watch each one. I don’t know if he was trying to set a mood or fill some time.

My only gripe is with the music. They use three different melodies and play them on a loop nonstop the duration of the film and six times louder than the people talking. Bolivia you me, thank goodness it was subtitled.

DBD is an entertaining film for many reasons, and your reasons will probably differ from mine. But for me, I appreciated the way the movie kept surprising me. Avila’s serious yet playful Vampires enthralled me with their originality. I would ordinarily assume a filmmaker who “got it wrong,” with regard to Vampire traditions in film, simply didn’t know what he was doing. But the way Avila handled breaking the rules came across instead as if maybe he knew a secret truth and got it right while everyone else got it wrong, because Avila’s Vampires helped me regain that otherworldly feeling I associated with Vampires when I started studying them as a kid.

The acting by Amy Hesketh, recently featured in Fangoria, Victoria Paintoux, Mila Joya, and Avila himself as a kind of Vampire God, are all quite suitably creepy and excellent. The dialog, at times grimly humorous, as between Hesketh and Paintoux following Hesketh’s pre-execution flogging, was slapping your leg and barking an unexpected laugh, delightful.

This was the first Vampire film ever made in Bolivia, by the way. Some of the magnificent Bolivian vistas took me back to the sweeping landscapes in my favorite Leone western, Once Upon a Time in the West. But this will not be Bolivia’s last Vampire film. Avila has announced plans for Dead but Dreaming to be but the first of a trilogy about his Vampires. And Hesketh is already shooting her own movie in Bolivia about a family of Vampires, Olalla, based on a Robert Louis Stevenson story. Maybe La Paz will become the Center for Creative Vampire Entertainments. Or, after Dead but Dreaming, maybe it already is! 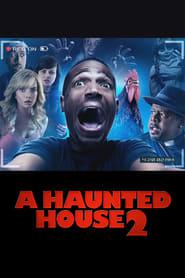