After what I honestly think is the best promotional & viral marketing campaign a film has had, probably ever, the Deadpool feature film is finally here! And it’s… Alright.

I always try to manage expectations with these things, but after the aforementioned advertisements as well as multiple critics I highly regard the opinions of raving about it (John Campea of Collider for example gave the film his seventh 5-out-of-5 in his entire career) and my well-documented appreciation for the character of Deadpool, not to mention it’s higher MPAA rating, there’s only so neutral you can be going in. Still, I don’t think my own personal biases had me too overhyped for Deadpool, I think I can fairly lay the lion’s share of my underwhelming experience at the film itself.

I should start out by saying that I didn’t dislike Deadpool, I’m giving it a positive rating, and I recommend that people go watch it. Three stars for me is not a low score at all, I am glad I watched the movie and would happily watch it again, this is not a scathing review; Ryan Reynolds has tried his hand at the comic book film no less than five times, and of those five movies, Deadpool is inarguably the best.

Also worth noting that among those other four films, Ryan Reynolds was not the problem in them, but they were all truly bad movies.

The way in which Deadpool is done is pretty impressive, we get all the gore-laden action, R-rated comedy, quip-havery and fourth-wall-breaking you could want from a feature of his own. There are lots of meta-references to previous work to the past failings of both Reynolds as well as the Fox Studio itself. It’s non-linear. It’s 100% non-serious, almost a comedy before an action film. It’s like the 22 Jump Street of the superhero genre. Stylistically, it’s a completely fresh comic book movie.

Which is why the complete juxtaposition of how unbelievably generic the actual plot is, is so jarring. It’s not only completely unoriginal, it’s sometimes downright bland. The “how” is great, but the core of the “what” feels completely uninspired, and these two aspects clash up against each other very unpleasantly.

Points go out to the work done between Ryan Reynolds and Morena Baccarin, although the majority of their characters’ relationship is montaged through, the actors themselves had a great on-screen chemistry. I’m also totally on board for a Deadpool sequel (which has been greenlit) or seeing Deadpool show up in other X-franchise properties. But that doesn’t mean I can give Deadpool a pass on the things that didn’t gel for me.

A funny movie with a romantic love story.

Wade Wilson (Ryan Reynolds) is a former Special Forces operative who now works as a mercenary. His world comes crashing down when evil scientist Ajax (Ed Skrein) tortures, disfigures and transforms him into Deadpool.

The rogue experiment leaves Deadpool with accelerated healing powers and a twisted sense of humor. With help from mutant allies Colossus and Negasonic Teenage Warhead (Brianna Hildebrand), Deadpool uses his new skills to hunt down the man who nearly destroyed his life.

Dirty, funny, sexy, violent and unabashedly romantic: Deadpool has arrived!
I really, really liked Deadpool. And you know what? I didn’t expect to. Seriously, I was never a fan of the character (in the sense that I hardly knew anything about him) and the humor as well as the violence seemed forced and overdone in the trailers. Still, I remained interested in the film, I just never expected it to actually be good – until the reviews arrived. After most critics unexpectedly showered this newest superhero movie with praise, I went in cautiously optimistic (but still fully prepared to hate the film).

The first thing I noticed was how inventive the storytelling is. The film throws you into the action from the first moment (literally: the very first moment) and then it goes back and forth in brilliant and unexpected ways to slowly unspool the story of this insane – but oddly charming – antihero. Flashbacks and fast-forwards can be annoying as hell, but when done right, they can help render even a somewhat simple story fresh and exciting. And that’s exactly how Deadpool felt to me right from the start: like a fresh (if somewhat dirty) jolt of energy.

The action itself is beautifully designed, employing playful visuals and using pretty much every camera technique available; it never feels repetitive and the pacing is close to perfection. But, and that was probably the key to me liking the film so much, there’s a beating heart underneath all the action and carnage, and that has a lot to do with how brilliantly Ryan Reynolds portrays the character and the great chemistry he has with co-star Morena Baccarin. What came as a complete surprise to me was how unabashedly romantic Deadpool is. The love story in this film is probably the most sincere I’ve ever seen in a superhero movie and it gives the film the strong emotional core which so many of these movies lack.

The humor, which I initially feared would just be non-stop juvenile wisecracks and soon become distracting, also works surprisingly well. Not every line or every joke lands – but that’s the beauty of this character: they don’t really need to. Deadpool can’t help himself; as long as he’s able to breathe he’ll crack wise and make fun of himself and those around him. It’s a clinical condition; he’s not a stand-up comedian whose jokes need to land: he’s a madman (albeit a very entertaining one) and the comedy in his case is born out of tragedy.

Despite all my praise, it’s not a perfect film. The villain in this revenge tale could be more memorable and the story itself is a bit too derivative to really do its highly unconventional protagonist (he insists he’s not a hero) justice: but it’s a damn good first entry in a franchise that will hopefully explore the character and his world to a much larger extent in the sequel(s). And it’s actually a very important film for another reason. If Deadpool is a financial success – which at this point is already clear it will be – this could play a vital role in how studios henceforth view the financial prospects of R-rated superhero films, and we’ll hopefully see more of them in the future.

Many people might feel different – and I respect their opinion – but I’ve grown tired of the entirely bloodless CGI overkill in all those 200 million productions where even the most terrible villains talk like Mormon schoolgirls. I mean: there’s a gigantic audience out there that is over the age of 18, loves to read comic books and can absolutely handle real-world language, real-world sex and real-world violence in superhero movies. This genre is so diverse; it’s ridiculous to believe just because comic books have pictures in them all film adaptations – regardless of the material – must automatically be made for kids in order to be successful.

As it is, I think Deadpool – a dirty, funny, sexy and violent film which is decidedly NOT for kids – just proved my point perfectly. 8 stars out of 10.

I laughed twice, the rest was rubbish.
Poor childish jokes, hundreds of sexual assault scenes where it was supposed to be empowering and quite frankly idiotic levels of feminist nonsense where you knew the female villains were going to beat up the male ones regardless of realism.

Its one of those films that if you are 11 years old you might enjoy but considering the rest of the content you would never let your 11 year old watch it. Thus it massively missed its mark.

Punching people in the groin is not funny, it stopped being funny back in 1990 when I was 11 when will Hollywood realise that. And if you are going to do things like that at least have some gender balance and have it happen to women as well. 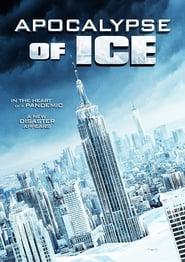