a masala entertainer
Forget everything I ever said about Mission Impossible, I can recommend you a movie even better than that- it’s a one crafted in our Desi Bollywood- Don 2.

‘Don ko pakadna mushkil hi nahi, namumkin hai’ (It’s not just difficult to catch Don, it’s impossible.)- is not the only catchphrase that will ring in your ears throughout this well-scripted, action-packed blockbuster. Gone are the days when only Hollywood can eke out such thrillers- Shah Rukh Khan has once and for all silenced his criticizers and has indeed emerged as the ‘Badshah of the Bollywood’.

Though it maybe imprinted on a firangi’s mind that Bollywood Movies are just ‘Song and Dance’, he may even be right in most of the cases, but Don 2 is an exceptional case, and why shouldn’t it be- after all it’s directed by Farhan Akhtar.

I am a simple man (or kid, if you want to be specific) – it’s not difficult to please me at all. All you have to do is to get me a movie filled with action, twists and turns, oozing adrenaline and just a hint of romance in the background- I would be drooling over the movie in no time at all.

Cinematography is superb,Berlinrocks. Action scenes are believable- there is a style and zing added to it in the way they are synchronized to give you a nice, worth popcorn crunching fight. Star Cast is awesome- Kunal Kapur fits in the role of Computer Hacker, delivery man cum photographer. Lara Dutta (Aisha) as eye candy hasn’t got much to do in the movie. But most importantly it’s Shah Rukh Khan and Priyanka Chopra who take away the cake. I was all agog over the ‘chemistry, physics or whatever you make like to call it’ between Mr. Khan and delectable Priyanka Chopra (Roma), there were sparks flying off when they clashed against each other. Boman Irani (Vardhan) has returned with a vengeance and it was difficult to cull his temperament, but of course we have Don to stoke the fire. Direction and Script were excellent- kudos to Farhan Akhtar, he did an excellent job. Music by Shankar, Ehsan and Loy though others may not have liked it, was, according to me, quite likable.

My belief regarding Bollywood Movies is shattered- it is not being laid hostage to Tollywood style fighting and comically non-comical and non- vegetarian comic-caper. If Farhan Akhtar has Don 3 in pipeline, I would be one of the firsts to watch it.

I hope this movie captures other Bollywood Directors’ imagination- I would love seeing more of such type of movies.

Throng the movie theatres to watch this one- I hope you won’t be disappointed. Though of course I won’t tell you the story as I don’t want to be a party-pooper, but rest assured- entertainment is guaranteed. If you are my type of person (miser, firangi’s whelp or whatever you may like to call!!), you may love this one

Not a true following to the first Don.
As much as I awaited for Don 2 and the lines delivered by SRK as well as his facial looks, I was disappointed by Don 2.

Whereas in the first Don, Shah Rukh Khan was menacing, threatening, and downright badass, in the sequel, he is more kinder, and has traits which is reminiscent of Vijay at times.

Overall, I would say watch Don’s ending on youtube, and then see this movie’s ending. That is enough to say that Don had much more oomph and left you shocked, whereas the sequel was just a heist movie where Don gets caught not once but several times and has a few twists here and there. The twists are nowhere as dramatic or mind boggling as the first movie but rather unnecessary twists like the movie Race.

I wish Farhan would reconsider his choices as his second movie in the franchise is more or less the same seen before. The first one was one of its kind even though it was a remake. In the first, Don was a powerful kingpin but came close to death at one point and met his match with Arjun Rampal’s Jasjit while trying to stay out of Roma’s vengeful spirit. In this movie, Don faces no challenge. His biggest obstacle is the cops and he simply has no one to feel real danger from.

* Don is not as menacing and relies on a heist to make his getaway which is not really as intelligent in his part. – The punch lines are delivered way to many times and in some cases both the punchlines and soundtrack are lifted from the first movie and overused. – Prianka’s Roma is nowhere near as vengeful as she was in the first movie. In this movie, she is just a sexy female cop who feels sorry for Don. – Lara Dutta’s role much just a tad bit longer than Hrithik Roshan’s cameo. That’s a shame considering Don’s girl is Ayesha and not Roma. – There are no side hero’s or powerful performances. Arjun Rampal’s presence is missed and sadly Kunal Kapoor is just a smart computer whiz and nothing else. There are no anti-villain or like to take down Don. He simply is a one man show with everyone either supporting him or eventually supporting him. – Don bungee jumping from the tower with a rope seemed more like a publicity stunt rather than an actual choice. It’s hard to understand how he would conveniently find the rope to make a leap. Watch MI:GP where Tom Cruise leaps from a tower as well but he had every reason to do so. Don could have taken down the baddie and simply go downstairs but he drops and in the next shot you see a rope holding him. – Boman Irani’s lack of enthusiasm or charisma from the first movie, Arjun Rampal’s is also missed. He was a willing contender and gave Don a run for his money. In this movie, everyone is equally dumb and helpless except for Don. – (SPOILER ALERT) Don willing to die in Roma’s hand and feeling compassion for her and Roma not shooting Don is the biggest reason this movie receives a low rating from me. I wish Bollywood could be original and have a unlikable monster, but Don is more of a hero in this one. (SPOILER END)

+ Hrithik’s Roshan’s cameo was genuinely nice even though the whole premise of wearing a mask was sort of unrealistic. It did remind me of the first movie with concealing identity. + Don’s facial hair and looks are really a big plus considering Bollywood is very lazy when they show passage of time. Hence, SRK’s changing looks does give you a sense of passage of time. + The car chase and fight scenes where on par with Hollywood movies and certainly realistic and filled with effort. + Berlin is a riveting, dynamic playground for Don and his actions even though the movie’s location could have been anywhere. I say this only because its a heist movie and not one about mafia kinpin and setting up empire in a established location. + Some use of fashionable clothes, cars, gadgets, but none of these props are presented enough for people to want to purchase them. The first movie was a trend setter from the shirt Don wore in Yeh Mera Dil, to his watch, to his Motorola Razr cellphone, Tag Huer watch, sunglasses, Mercedes car, state of the art lazer laptop, etc. In this movie, the props are not as evident and hence I do not expect people to do much more than get the D tattoo or sport facial hair. The props are there bit limited.

Lastly, the remake Don from 2006 showed how committed and dedicated Don was in building his empire. He worked hard for it, and his pace was really fast. Roma and DCP were a threat to him so he played along until he could make his getaway. In this movie, Don is playful with no real goal other than escaping after the heist is over. The real shame is that Don gets caught more than once, returns back to the same place after the heist, and has to fight the bad guys more than once. The movie is nothing you have never seen before, and certainly not as stylish and trendsetting as the remake. 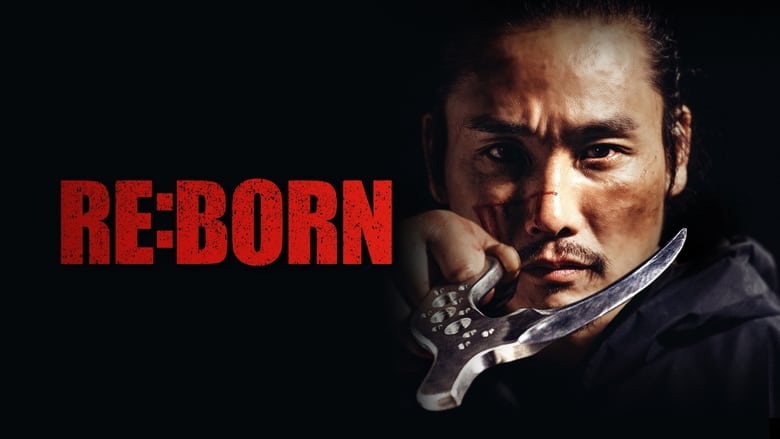