The necessary enemy
Common sense tells us that “seeing is believing.” Experience tells us that, when motivation is strong enough, it’s the other way around — “believing is seeing.” Under pressure from the press and from public opinion, criminalists see blood where there is no blood. Forensic pathologists who have never see a dingo claim an absence of dingo teeth marks. Investigators see an arterial blood spray where there is nothing but a sound-deadening compound.

The case took place at a time when another of those episodes of collective hysteria was sweeping the English-speaking world. Satanic worshippers lurked in the most unlikely place and preschools were filled with pedophiles. Smokers endangered our health by subjecting us to whiffs of the burning weed. We seem to need an expression for our collective hatred. There’s even evidence from gerontological studies that angry people tend to outlive more pacific individuals — an effect the authors attributed to “the necessary enemy.” Maybe now, after the resurgence of Islamic fundamentalism, we’ll have more palpable enemies than will o’ the wisps.

The Chamberlains were caught up in that wave of collective hatred. The case must have been a dramatic one — wild dog eats baby! One can imagine the headlines, the earnest discussions, the fixed conclusions based on presumptions. Lindy Chamberlain certainly did nothing to discourage the calumny heaped upon her. She wasn’t very good at playing the victim, in contrast to, say, the Menendez brothers who slaughtered their parents, then wept on the stand while describing how abused they were, and wound up with a mistrial. And not nearly as good as Susan Smith, the woman in the unlikely town of Union, South Carolina, who drowned her two children and sobbed openly on TV while begging the mythical black kidnapper not to harm them.

Well, after all, occupying the role of victim is an acquired skill and some have acquired less of it than others. (Mersault, in Camus’ “The Stranger.”) Lindy Chamberlain, as expertly played here my Meryl Streep, a phenomenally talented technical actress, is not a likable person. She matter-of-factly whines on, complaining about things in a sing-song voice, punctuated by occasional outbursts of anger. She needed some coaching from the Menendez’ on how to engage the jury’s sympathy. And she LOOKS wrong too. She should be small and vulnerable, instead of lumpy. And she seems to have gone out of her way to look ill-groomed. Streep, properly glamorized, is a beautiful and intelligent-looking woman. As Lindy Chamberlain her eyebrows are plucked and then painted back in as mere smudges by the makeup department. Her black hair (which should have been blonde) was probably meant to be in a style called page boy (is that right?) but comes out looking more like a Nazi helmet. Streep must have put on weight for the role. Her arms and breasts are flabby and her neck seems the size of a telephone pole, reducing her lips to a tiny pink orifice in the middle of the vast featureless plane of her face. She’s as unsympathetic as all get out and human nature being what it is, people are likely to get confused about the difference between being dislikable and being guilty of murder.

It’s a fast-paced movie. If there were any dissolves I missed them. The story comes to us in pointed scenes of the Chamberlains together, intercut with snippets of public reaction to the spectacle. But the movie, for all the tragedy inherent in the story, isn’t gripping. It not only has no hero or heroine, there’s no one who’s particularly likable. Neill suffers in silence and Streep has almost done too good a job alienating us from her character and her anguish. But overall, whatever it lacks in emotional impact it more than makes up for in its instructive quality. And of course our sympathies are with the real-life Chamberlains who were put through an immeasurable ordeal. The press and the gossipy, half-hysterical public may be easy targets, but they’re very real threats to our collective common sense.

True Story.
Sam Neil and Meryl Streep play Michael and Lindy Chamberlain, a married couple who take a camping trip in outback Australia with their baby daughter Azaria, who one night goes missing, and only her bloody and torn clothing is recovered. Lindy is convinced that a native Dingo(a sort of wild dog) grabbed and killed Azaria, but the police and public don’t believe her, since they never heard of such behavior by a dingo, and so the Chamberlains find themselves arrested and charged with their daughter’s murder. They would be tried and later convicted, though that would be later overturned, and they would eventually be exonerated.

Fine performances by the leads, and good direction by Fred Shepisi make this a memorable and interesting tragic tale of a rush to judgment by both the press and public, a situation still relevant today. 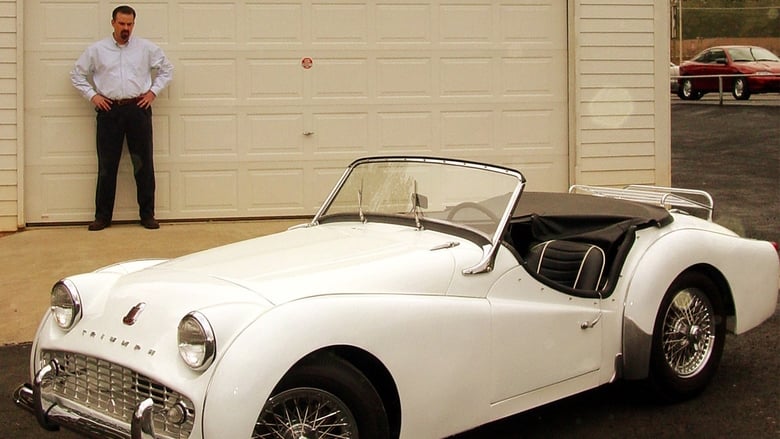