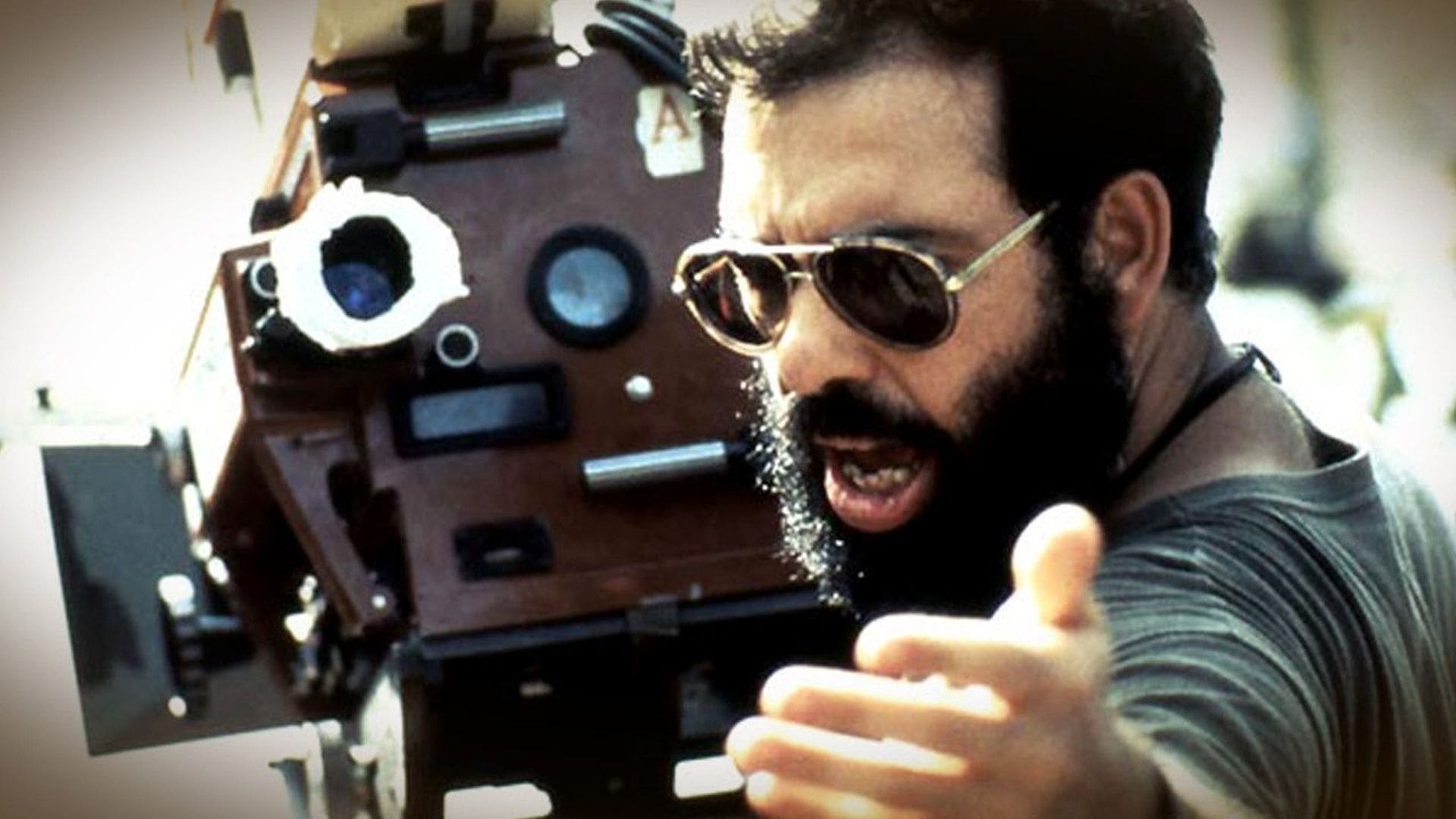 Francis Ford Coppola’s film Apocalypse Now was one of the most infamously troubled productions in the history of Hollywood, so resonating in collective memory that it can still be parodied in new-millennium like Tropic Thunder. A typhoon struck the set in the Philippines, local officials were difficult to work with, Martin Sheen had a heart attack during filming, and Coppola was constantly troubled how to bring his script to a powerful ending. The 1991 documentary Hearts of Darkness: A Filmmaker’s Apocalypse chronicles these trials and tribulations through audio recordings that Coppola’s wife Eleanor made for her filming diary, informal footage of life on the set and interviews with cast and crew.

If all Hearts of Darkness did was rehash the same general trivia one can get from Wikipedia, like so many documentaries, it wouldn’t be very good. I was pleased to find that it reveals a lot about the story that I never knew before. The genesis of the screen adaption of Joseph Conrad’s novel in earlier attempts by Orson Welles and George Lucas is charted. Dennis Hopper’s maniacal performance is placed in the context of his own nervousness at a career slump and his thankfulness that Coppola was giving him a second chance.

Perhaps the strongest point of the film is how it reveals the mind of someone tormented by his drive to create, and how a film can result from spontaneous choices on set that go far beyond any script. When the film was first shown at Cannes, Coppola said of the production “little by little we went insane”, and indeed his highs of inspiration and lows of self-doubt are captured here. The opening of the film where Sheen’s character drunkenly breaks a mirror and slumps, bleeding and crying next to his hotel room bed, is shown to have resulted from the cameras rolling when Sheen did drunkenly stumble on set.

Upon its 1991 release this documentary must have been even more interesting as it contains much footage that appeared only in the Apocalypse Now Redux director’s cut in 2001: the French Plantation scene, the interlude in the abandoned, muddy camp, etc. I was surprised to hear Coppola insist on cutting the French Plantation scene because he was unsatisfied with the quality of the French actors and the lighting, not because of its place in the story. But what remains remarkable about Hearts of Darkness is that it betrays nothing of the scenes out of the 5-hour workprint that remain cut from commercial release, such as the prominent role given to Lt. Colby and his murder of the American photographer. There’s also absolutely no shots of Harvey Keitel as Captain Williard before he was replaced.

***Outstanding documentary on the making of the hallowed “Apocalypse Now”***

Released in 1991, “Hearts of Darkness: A Filmmaker’s Apocalypse” chronicles the making of 1979’s “Apocalypse Now,” combining footage shot by Eleanor Coppola during the shooting of the film with more recent interviews with the cast & crew.

Documentaries or commentaries on how a particular film was made don’t interest me because I’m not a filmmaker and only care about the final product. As a writer and former musician I’m familiar with the creative process and understand how some ideas fail to deliver the goods and must be thrown out, etc. As an example, I heard some demos of a couple of my favorite songs and they were lousy compared to the final product and almost ruined my view of those songs. This explains why I’m generally not interested in the harrowing details of how my favorite movies were made and the parts that were thrown out, etc. This documentary is an exception because (1.) “Apocalypse Now” is my all-time favorite movie (the original theatrical version, that is) and (2.) the documentary is just so well-done. In fact, it’s fascinating from beginning to end.

“Hearts of Darkness” shows the monumental problems Coppola and crew encountered in making the movie: The sudden firing of their leading man (Harvey Keitel) after three weeks of shooting and replacing him with Martin Sheen; the delays in filming due to the Philippine Army taking back their rented helicopters to quell an uprising; a hurricane that ruins the sets; Sheen having a heart attack at only 36 years of age and the corresponding delay; overweight Brando arriving to the set totally unprepared and making $1 million a week with an unwritten, improvised ending; the amusing tiger incident; Francis venting in genuine uncertainty at various stages of the creative process, particularly the entire ending; etc.

The interviews with cast and crew are also very informative and entertaining, like Frederic Forrest’s commentary on the tiger sequence and John Milius’ insights on his original screenplay and his encounter with Francis during filming where the latter convinced him that it’d be “the first film to win the Nobel prize.”

This documentary came out ten years before the “Redux” version of the film was released and, as such, it was the public’s first glimpse of various scenes that ended up on the cutting room floor, like the French Plantation sequence and the typhoon-with-the-bunnies sequence. In my opinion, “Redux” is a failure and those scenes should’ve never been inserted into the movie as very little of the added footage works, but those sequences ARE interesting as deleted scenes or viewing them (in part) in the context of “Hearts of Darkness.”

For some good laughs, be sure to check out the spoof of this documentary: “Hearts of Hot Shots Part Deux: A Filmmaker’s Apology,” which was released in 1993 and is available on Youtube in a couple parts.

Abed was right
I took Abed’s advice to watch this and it certainly is much better than Apocalypse Now!

Made A Great Movie Even Greater!
Although “Apocalypse Now” is definitely one of my top 10 movies, after viewing this insightful, hilarious, amazing, and thoughtful documentary several years ago, I became even more appreciative of the movie.

Considering the characters Coppola had to deal with, it is truly amazing this film was ever completed. Just when you think Sam Bottoms is exaggerating the character of the animal trainer, you discover that the trainer’s mouth really is on the side of his face as he discusses putting an animal down when it starts nibbling on your knees. This man has been nibbled on from head to toe.

This is only one of the many insights the viewer will find in this excellent documentary.

The greatest news of all, however, is that the DVD will be available in a couple of weeks!! You don’t want to miss it this time around!

The Most Beautiful Boy in the World 2021 123movies