Find Alternative – I Used to Be Normal: A Boyband Fangirl Story 2018, Streaming Links:

Movie Review: I Used to be Normal: A BoyBand FanGirl Story
In the 1940s, teenaged girls swooned over Frank Sinatra. In the 1950s, Elvis’ gyrating hips gave them fits. However, the early 1960s ushered in a new era, that of the “boy band,” in the form of The Beatles – John, Paul, George and Ringo. (“Ringo? What’s a ‘Ringo?” we’d ask each other) Prior to The Beatles, adolescent girls pinned their romantic fantasies on one singer. Oh, there were the Everly Brothers and the Beach Boys, but they were related. Familial harmony wasn’t new. But a group of unrelated young men, coiffed, groomed, and packaged to appeal to the masses, was.

As Susan, a 64 year-old Australian filmmaker when we first meet her in “I Used to Be Normal: A Fangirl Story,” a new documentary from Tri-Coast Film noted, The Beatles, her personal “boy band,” (she was a “Paul”) multiplied the joy.

“There were plenty to share around,” she explained. Instead of fixating on a single singer, girlfriends could get together at slumber parties, play the newest records, and wax poetic (and argue) the merits of their favorite band member. The girls believed them to be “good” boys with whom one could hold hands, and though they resented the first “Mrs.” Beatle, John’s wife Cynthia, they came to understand that perhaps they should allow the boys the same courtesy when they themselves began dating.

As a shared pastime, it seems an innocent way for budding teens to, in a sense, have a pseudo first boyfriend. As Diane Renner, a retired Chicago-area high school guidance counselor explains, “Boy bands are a safe way for adolescent girls to have a ‘fantasy’ boyfriend. While they are not ready for a real one-on-one relationship with a boy, this provides what is generally a safe, healthy way for young girls to explore their feelings.” However, when does attraction turn into obsession, and does it help or hinder “normal” development? That’s what Director Jessica Leski set to find out, over a four year-period. As synopsized by the distributor, it is a story of “four women whose lives were radically changed by their deep love of boy bands.” Or, as Elif, 16 at the start of the film calls them (her boy band was One Direction), “The boys.”

Perhaps that was my biggest gripe of the movie. While it was certainly an intentional choice to begin with Elif’s storyline, I perhaps would have started with the woman who I personally found to be the overall most compelling, 33 year-old Dara, a spunky Australian Marketing Strategist (whose band was “Take Back” lead by Gary Barlow) who, in later scenes laid out the best explanation of what a boy band consists of that I’ve ever heard.

The earnest Elif, at 16, was the youngest super fan profiled. The daughter of strict Turkish immigrant parents and living in New Jersey, her over-the-top reactions to all things One Direction did indeed dredge up memories of my own Beatle phase. However, I quickly lost two of the viewers watching the film in the room with me, a 34 year-old female and a 66 year-old male, until the more sedate, aforementioned Susan appeared on the screen, eyes glistening over at the memory of her young self in the fourth row at a Beatles’ concert in Melbourne. “We couldn’t hear a thing!”she laughs,”Because of the shrieking.”

We meet the wide-eyed, likable Sadia, a 25 year-old writer from San Francisco who claims that her boys, the “Backstreet Boys,” have been her longest relationship. She claims that she feels unconditional love from the band, whose members she calls “the five most decent men in my life.” (Which, I must admit, gave me pause – Nick Carter, a singer in the band, has a very well- documented drug and alcohol addictions and interactions with the law, but I guess, as they say, love is blind).

The daughter of a traditional Pakistani couple, and self-described “rebel” as a teenager, one of the films’ awkward moments came when Sadia quite vividly recalled her fantasies about Carter. I found myself wishing for a boyfriend (or girlfriend) for her – STAT!

Later on, an older Sadia seems to genuinely wonder, after taking a Backstreet Boys’ cruise, if perhaps it isn’t time to put the boys on the shelf and find a real man. (Not discounting her eighth grade boyfriend who was secure in his own masculinity enough to gift her with a Backstreet Boy doll for Christmas. What ever happened to him? I found myself thinking…)

The four women, of varying ages and ethnicities (and other things, but I don’t want to give too much away) give a great deal of the credit for becoming the women they eventually became, (or are still becoming), to their obsession with boy bands. If that is good or bad, is up to you to decide.

Meanwhile, as in life, it’s the journey, not the destination. You’ll meet a quartet of diverse, thoughtful, entertaining women, who will, at the very least, stir your own fond memories of boy band fandom, and at most, continue to open your eyes to the masterful machinations of female manipulation by those who seek to exploit your innermost thoughts and dreams for their financial benefit.

Taking a microscope to four very different women and their obsessions with a boyband of their choice and what that obsession means to them, Fangirl may be hard for some people to fully understand but it’s a carefully considered and non-judgmental film that displays the facts clearly in front of us without ever making us take a side about how we should feel about how these potentially unhealthy fan habits shape and mould those that harbor them.

Leski does a great job at sourcing and showcasing a range of fangirl’s in her film, we have American teenager Elif whose a One Direction diehard, Sydney-sider and brand awareness strategist Dara who has a long time obsession with Take That, San Francisco journalist Sadia whose jam is the Backstreet Boys and the more elderly Melbournian TV producer Susan who was around in peak Beatles mania and remains a fangirl to this day.

With a broad section of cultures, backgrounds and bands to discuss, Leski’s film gives us a smorgasbord of material to enjoy in her film, with there being no need for us to know much about these bands beforehand to understand why our subjects found something to fall in love with.

Whether it was the boyish good looks, the pure musical talent or the subject matters the bands sing about, it’s clear to see how and why these type of groups have a time and place in our subjects lives, that at more than one point throughout the documentary showcases to be a life-altering and life-saving thing.

Leski should be commended for offering up such an open-book look at this subject, its one that would be easy to ridicule or dismiss but for anyone that struggles to understand why these groups have a time and place, perhaps a parent struggling to understand their child’s deep seeded love for a band or group, Fangirl is a documentary that will likely open your eyes to the unbridled joy they can offer their fans and make a good case for their need as a bonus.

Seeing our subjects enjoy various music, performances or even awkwardly at one stage a fan cruise is a smile inducing sight and Elif, Dara, Sadia and Susan all make for carefully considered guides through this wild fangirl world with their heartfelt explanations and willingness to allow themselves to be truthful to what and who they are ensuring Fangirl is a likeable and memorable outing.

You’ll never judge that screaming concert goer in quite the same way after having watched Leski’s film as I Used to be Normal is an accessible, likeable and eye-opening Australian documentary that can be enjoyed by a wide-ranging audience both young and old.

3 ½ rain-soaked Backstreet Boy’s out of 5

Original Title I Used to Be Normal: A Boyband Fangirl Story
Release Year 2018

Original title I Used to Be Normal: A Boyband Fangirl Story 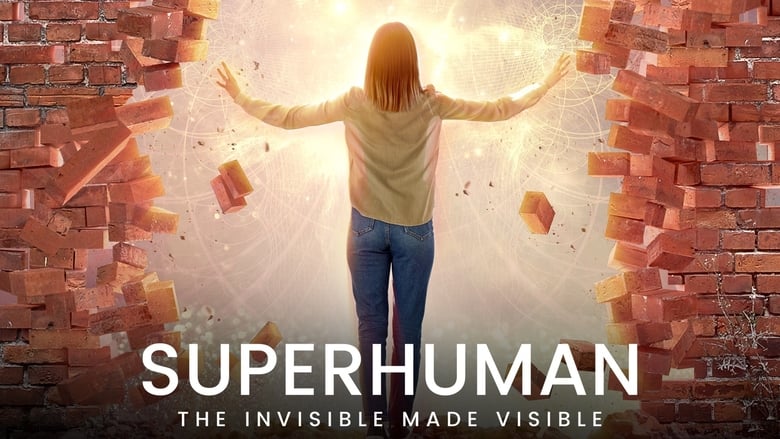 Superhuman: The Invisible Made Visible 2020 123movies