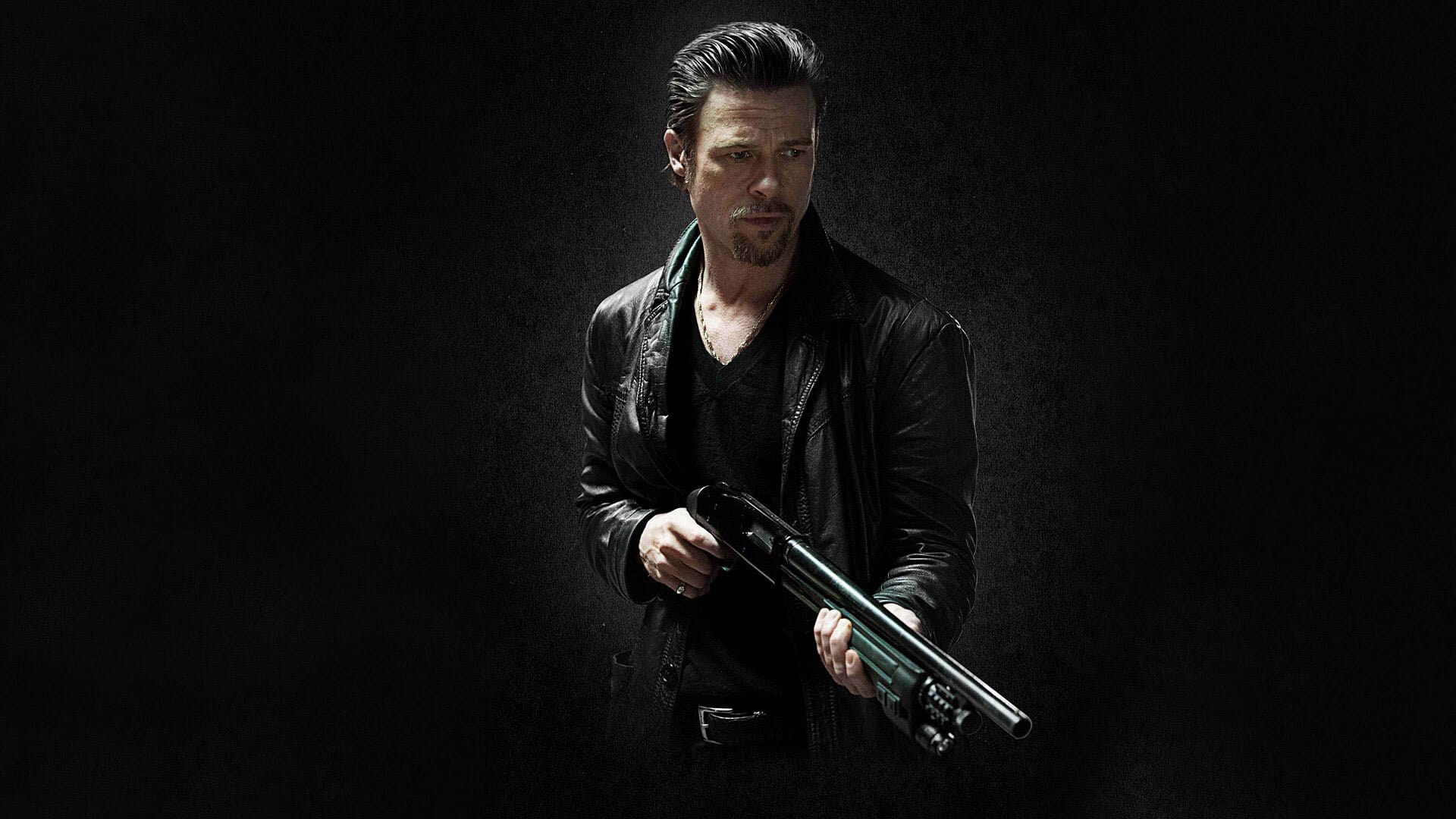 Entertaining but had so much more potential!
Andrew Dominik’s third feature is an interesting, often entertaining but also frustrating crime thriller which reunites the Australian film-maker with Jesse James star Brad Pitt. The film features severe brutality and wonderful performances but the elements that should have stayed in the subtext are beaten into the audience as much as much the hapless characters.

Adapted from George V. Higgins’ novel and set in New Orleans against the back drop of the Wall Street Banking Crisis and the 2008 Presidential election, Killing them Softly is a crime thriller with a socio-economic message not so much on its sleeve but carved on its forehead. Scoot McNairy (Monsters) and Ben Mendelsohn (last seen in The Dark Knight Rises) play two naïve crooks who agree to rob a Mob-protected high stakes poker game for a local small time gangster named the Squirrel (The Sopranos’ Vincent Curatola). The bosses suspect Markie Trattman (Ray Liotta), the game’s manager who is more guilty for his negligence than his complicity. Jackie Cogan (Brad Pitt), an efficient and clinical hit man is brought in by a mysterious lawyer (the ever great Richard Jenkins) – with connections to an unidentified network of authorities inside and out of the underworld – to clean up the entire mess.

Dominik seems to relish in deconstructing audiences perceptions of gangster-genre veterans such as James Gandolfini, Curatola, and Liotta. The three are somewhat weak characters who are simply small fish in a very big and dangerous pond. Liotta particularly is a quivering, cowering tragic character – completely removed from the swagger he exemplified in Goodfellas. Gandolfini too retains some of his magnetic threatening persona but he is a hit man with a broken heart and a broke n liver from his alcoholism and penchant for prostitutes. The rest of the supporting cast is superb with Sam Shephard, Richard Jenkins and Slaine (seen in Ben Affleck’s The Town and Gone Baby Gone) all delivering strong but all-to-brief contributions to the film. Pitt is maintaining his consistency with another confident and compelling performance. He imbues Cogan with empathy – exemplified by his tact of assassinating his targets “softly” – yet he is direct and unyielding in his objectives. His speech at the climax of the movie set against Barack Obama’s election victory speech is electrifying and among Pitt’s finest work.

Killing them Softly is a violent film. The beatings are rough and severe and you feel every punch – every broken tooth, every crack in the jaw, every smashed nose. The gunshots are loud and frightening. The gangster life is in no way romantic or glamorous. It’s a kill or be killed environment and those who hesitate to be ruthless and driven in their mission are victims. It’s a Darwinian environment where “hope” and “change” are just words printed on dilapidated billboards.

The plot of the film is very simple but Dominik rather slows down the action and focus on the characters. It’s almost surprising the film ends when it does as one does not know what to expect or where the story is heading. There is an uncertainty in the pacing of the film that is quite apparent. Furthermore, rumours that Dominik’s original cut was 2 and half hours (the finished film is a brisk 97 minutes) give weight to the belief that Dominik had much more ambitious plans. It’s easy to speculate about the reasons for such a massive cut to footage (studio pressure perhaps) but Dominik seems to mistrust his audience to “get” the sub textual themes and motifs. It’s painfully apparent that the heist and subsequent fallout is an allegory for the Economic Crisis and the cutthroat crime underworld is not dissimilar to corporate America. Dominik doesn’t believe in understated or subtlety but Killing them Softly is an entertaining ride nonetheless. One cannot help ponder whether this film was destined for something much, much more.

Killing Them Softly – Seducing Us Definitely
Every now and again, a movie comes along that comes as close to movie perfection as you can get.

Killing Them Softly is about the GFC hitting the US criminal underworld. Funds for hits are trickier to obtain. The quality of hit-man you can get for your dollar these days is a compromise.

Andrew Dominik has taken a great story, re-titled it with one of its key phrases and given us a movie that will undoubtedly score him a Best Director Oscar nomination in 2013.

From the opening sequence with Ben Mendelsohn playing what might be his greatest, grottiest character ever, the subtext of the film is evoked by great visuals of suburban desolation and regular punctuation of radio and TV political rhetoric. Obama is a frequent image – the official Big Boss of the Ununited States Of America.

And without giving anything away (no spoilers here) it all makes even more sense in the final scene – when text and subtext collide in a gob- smacking, grim realization of what the US has become and what has become of us.

As Michael Moore pointed out in Capitalism: A Love Story, the distinction between capitalism and democracy has been made murky when they are in fact two very different entities.

Democracy is a form of government of the people, by the people and for the people. Consensus and referendum are key to policy formation and decisions.

Capitalism is based upon ‘every man for himself’ and for a minimum wage the rest of us can put ourselves into voluntary slavery and subscribe to a generic superstition like say, Christianity then buy into the dangled carrot of a better life in the next life. They might call it the After Life but it’s really no more than an After Death. And I’m betting not much happens from that point on. Ask a steak that was once a cow what its After Life is like.

Capitalism pretended to be the good buddy of democracy in order to establish itself as the preferred First World Westernized way to live. When in fact, capitalism has little to do with freedom of the people – unless you are one of the few at the top raking in obscene amounts of money you can’t spend and fiddling with yourself on your mansion rooftop watching the rest of the country burn because of your unbridled greed.

It’s great to see Ben Mendelsohn go from an AFI Best Actor Award for Animal Kingdom – to a significant support role in The Dark Knight Rises – to a perfectly directed role in Killing Them Softly that will establish him as an internationally recognised character actor. And he’s worth every accolade he gets.

In my interview with Andrew Dominick, I complimented him on his heavy use of close-ups on his cast which creates extreme intimacy. In scenes of James Gandolfini with Brad Pitt in a hotel room, you can see the direction of dialogue coming out of Gandolfini’s mouth and also the expert direction of his character’s soul being directed in the facial muscles, tics and the old, wounded eyes of a weary hit-man.

I’d give Andrew Dominik a Best Directing Oscar nomination for this scene sequence alone. And I’ll bet Gandolfini will get a Best Supporting Actor Oscar nod too next year.

Also – the Scorsese-influenced slo-mo car death sequence cut to music truly elevates the art of dying on celluloid to a new level to which Quentin Tarantino can only aspire. And I really like QT’s work with death.

Andrew Dominik made Chopper starring Eric Bana then The Assassination Of Jesse James By The Coward Robert Ford and now Killing Them Softly. He’s made a massive impact with three films.

The Decline Of The American Empire has happened as surely as did the Decline Of The Roman Empire. There’s so much in each frame of Killing Them Softly, repeat viewings are essential. It is probably the best film I have seen all year. 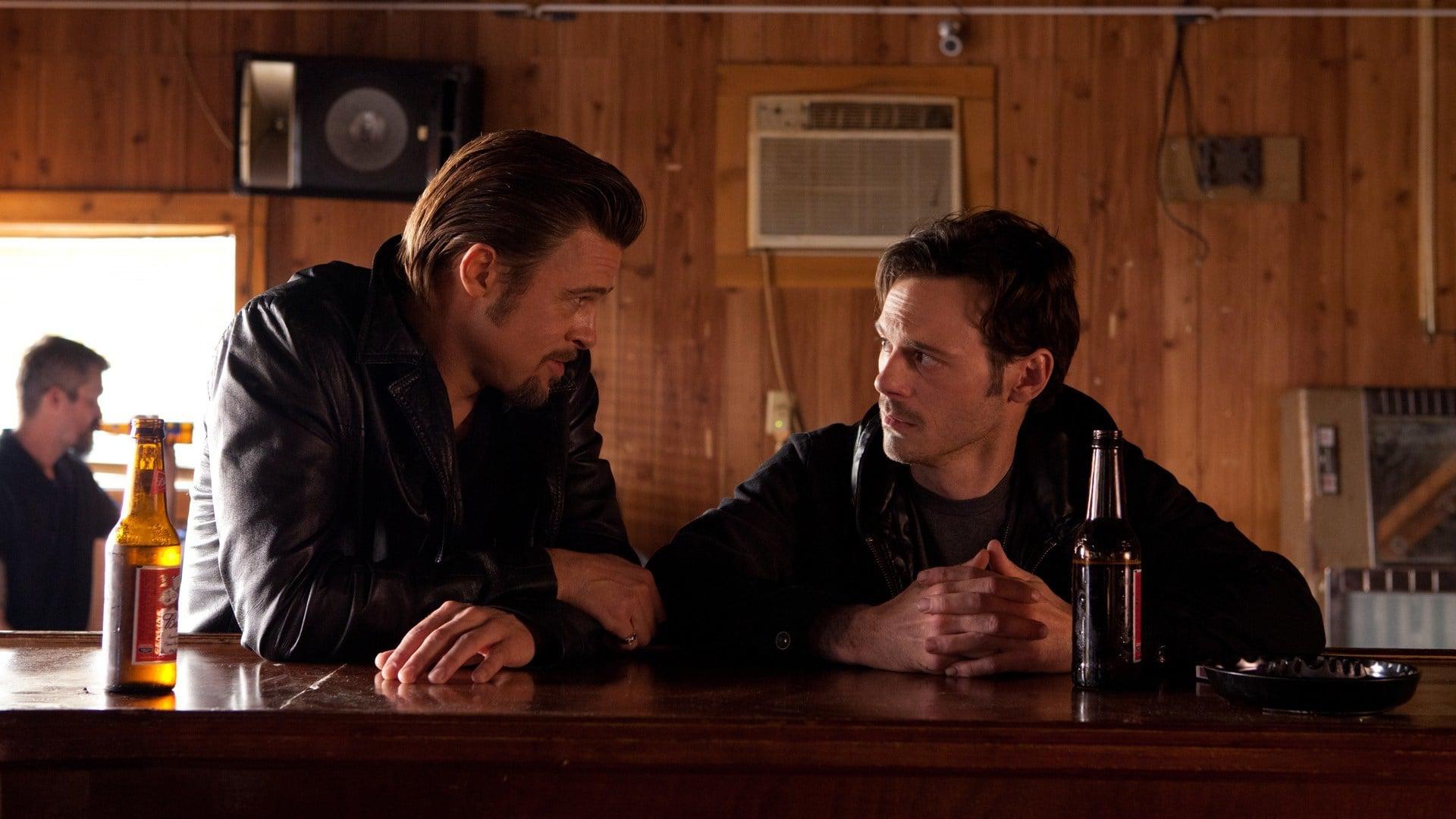 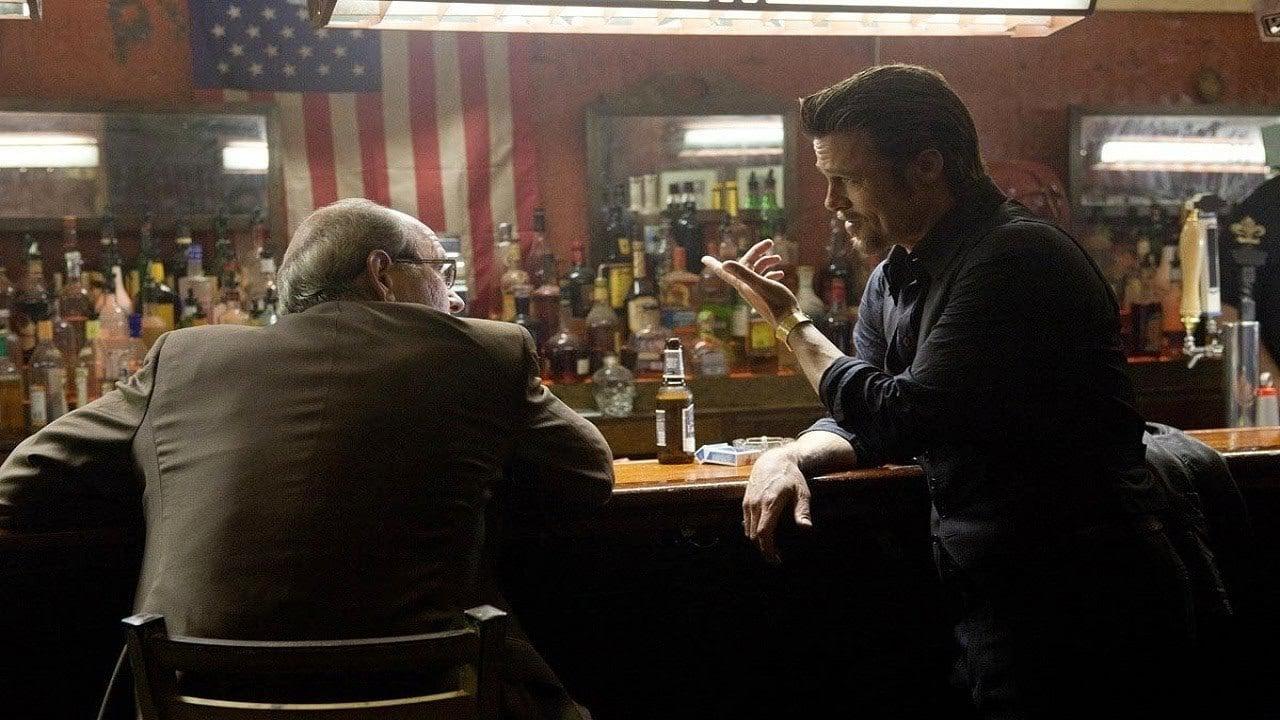 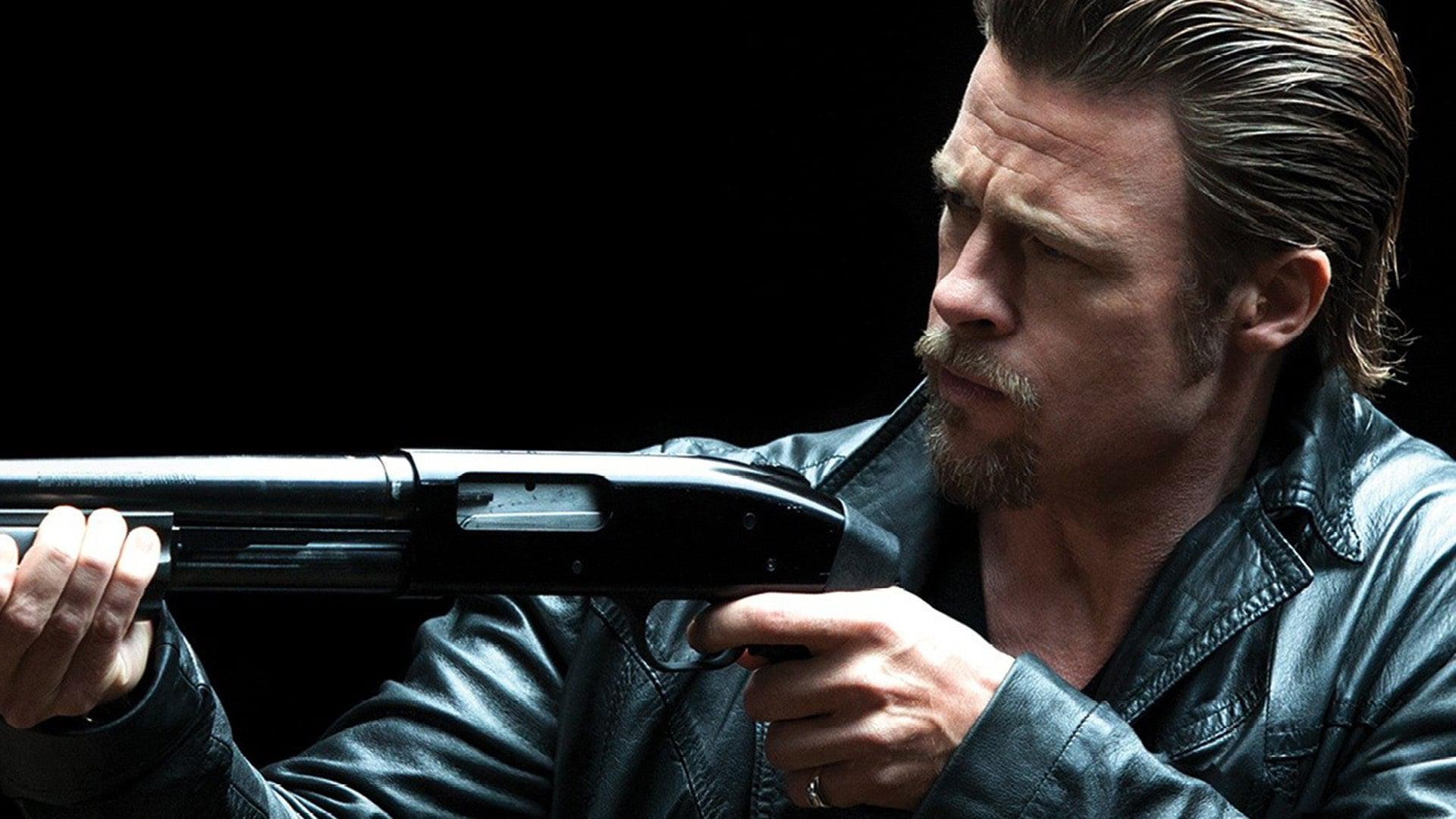 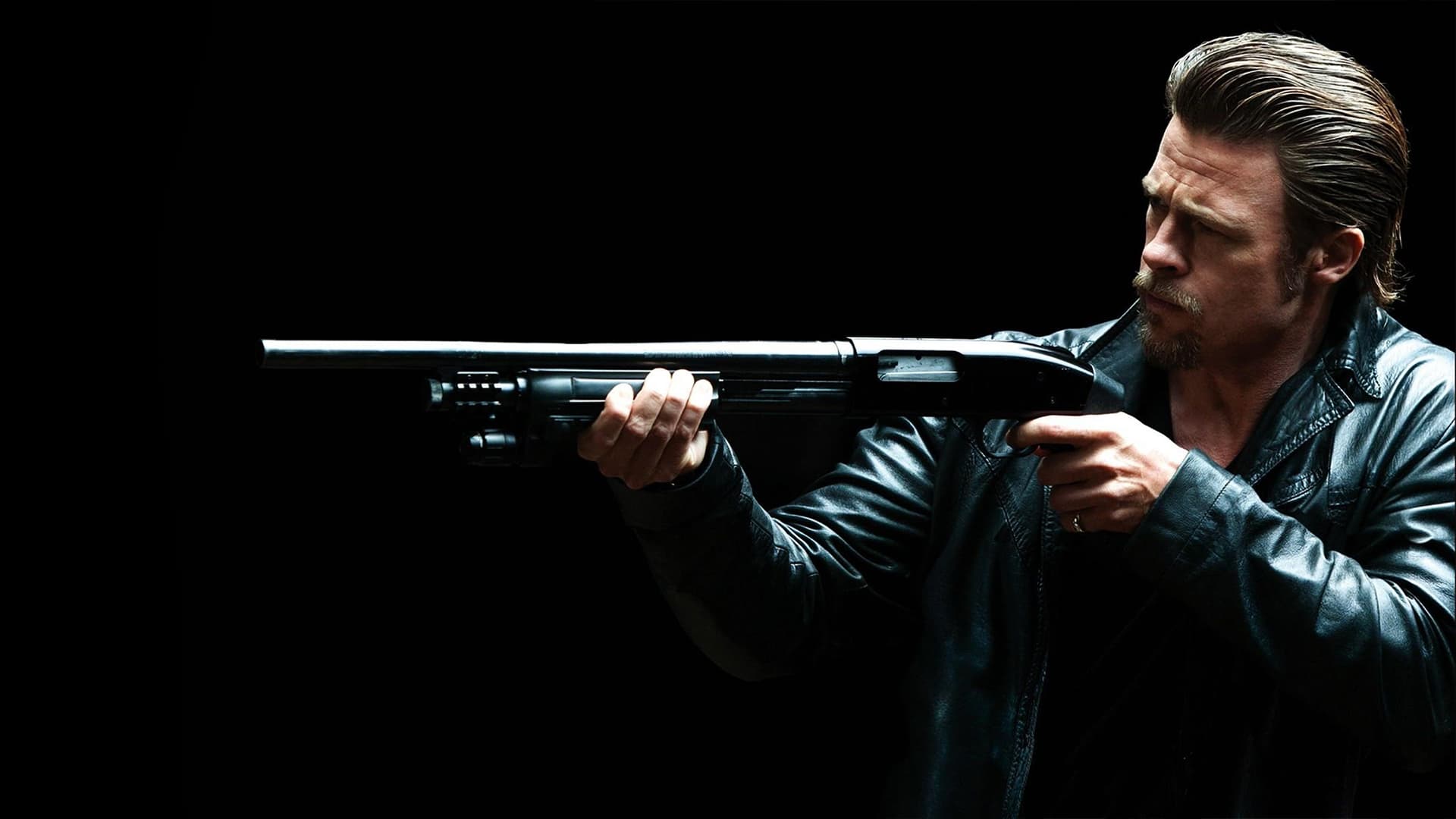 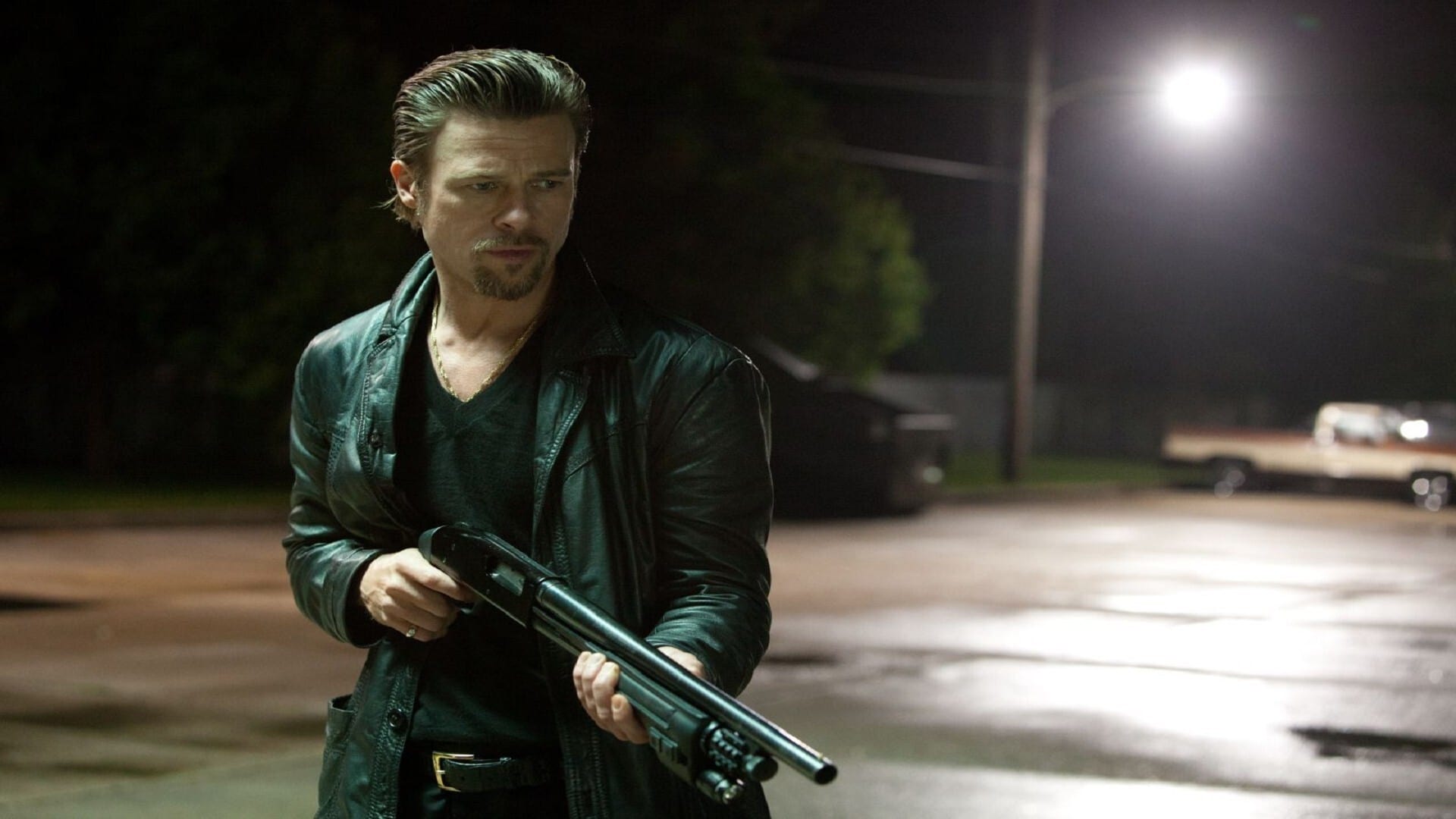 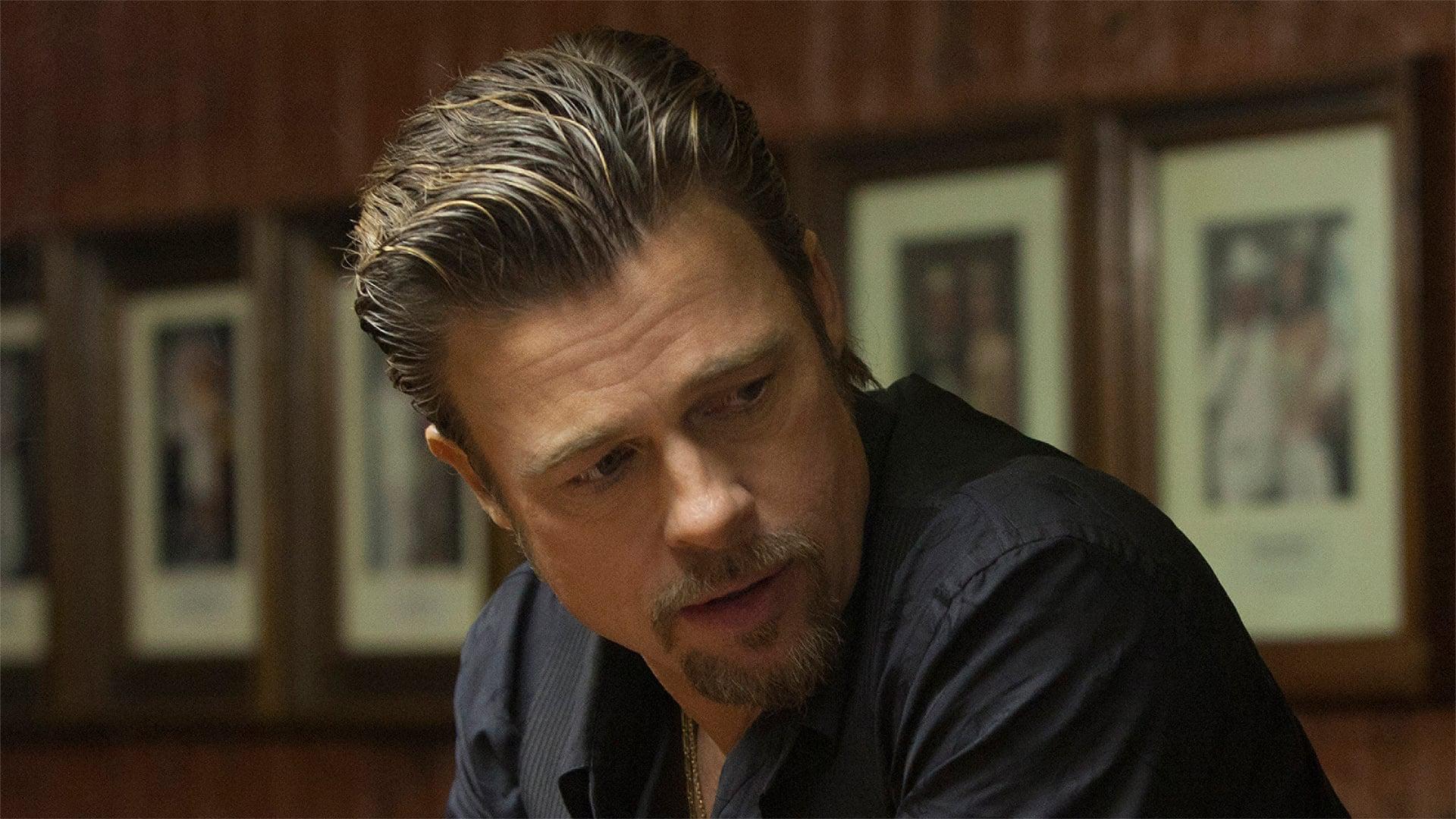