Had Potential But Failed To Hit The Mark.
I am unsure as to what this movie is trying to be as it takes in a few of the horror subgenres, including Nazi Splatterpunk, Supernatural Slasher, and Laugh While You Kill… the trouble is it just feels too sycophantic and pompous.

The idea of Knucklebones is a great idea; I’ve always been a sucker for Daemons. Like all Daemons he has to be summoned into our world this is done in the form of an ancient Sumerian Incantation – this was one of my biggest irks of the whole film since it appears that everybody can read and write Sumerian (I know it’s one of my favourite dead languages!) – and the casting of severed and fleshless metacarpals into a pentagram. Though, the best bit of the summoning is Knucklebones’s arrival as he literally rips his way into the world through one of the summoners. Plenty of bones tearing through flesh.

However, it’s the rest of the story which kills the film, as well as the “Thirty-Something” teens and their mediocre acting skills. At the start of the movie we have a group of Nazis conducting an experiment on a topless blonde, this is just to show the audience the evil Germans connection to the Daemon. Then we move to the USA in the ’70’s where something or somebody is killing the nightshift at a clothing manufacturer. Finally, we end up in present day and though we’ve been shown the connection the audience is then told of the connection in a little more detail making the two opening sequences redundant and pointless. I do hate a waste of time when it could have been used to better assist the story or help to create better killings.

Then there’s Knucklebones himself who appears to be Freddy Krueger minus skin – the gruff voice and dark humour one-liners are very reminiscent of good ol’ Fred and that is a shame; with a little more work he could have had his own character. At least his look is pretty good. I did like the skull with tattered flesh hanging loose, though at the time you could tell it was a rubber mask. This could have been handled better with a different camera angle and moodier lighting. One thing in the film’s favour is the lighting as the director doesn’t rely on darkness to try and scare you. He makes sure you can see everything – this I appreciate greatly, I am not a fan of too-dark-to-see movies.

Apart from a couple of times with the bad guys mask the special effects are okay. Though you’ve probably seen similar done better they are pretty good for a low budget flick.

This is not a brilliant film and it teeters on being poor to average but I would recommend it for horror lovers as there are a few good ideas and scenes in the film. However, if you’re thinking of getting into the genre then do yourself a favour and watch the original Nightmare On Elm Street films (but only up to part five) – then when you’ve caught up with all the good stuff out there, then give this a go – just to satisfy your dark cravings.

That’s what she said
The film starts in 1944 with a satanic rite to raise a demon, then again in Texas at a garment factory in 1976, then 40 years later when Neesa Avery (Julin Jean) tries to kill herself over a guy. She lives, so her friends decide to do what everybody else does in this case, go to a haunted abandoned garment factory and drink…and maybe raise a demon with a couple guys with minds of adolescents.

This is a pleasant 1980’s throwback. There was some light humor with an original “Ghostbusters” reference to its demon. Our demon had a “Freddy” style sense of humor, unfortunately they used a voice distorter so you have to listen carefully for the lines, which spoils the fun. Oh yes, on that same night some coke heads stealing copper coincidentally come to said factory.

Guide: F-word, sex, nudity (Erin Marie Garrett + uncredited Nazi girl.) Note to self: Do not perform a Satanic ritual on a submarine. 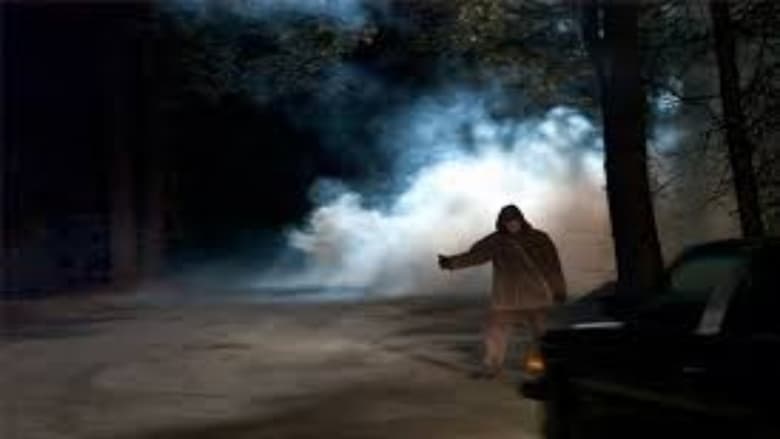