The Maze Was Just the Beginning.131 Min.
Your rating: 0
8 1 vote
actionscience-fictionthriller

It is quite an automatic instinct to compare and contrast the first installment of 2014’s ‘The Maze Runner’ with the arrival of the latest entry in director Wes Ball’s distant dystopian drama ‘Maze Runner: Scorch Trials’. The original blueprint effectively captured a unique time and place of mystique and other morbid curiosities. The audience was craftily introduced to The Glade, a head-scratching venue out in the middle of nowhere while being surrounded by a massive maze that pretty much rendered its survivors in vulnerability and uncertainty. Well, ‘Maze Runner: Scorch Trials’ looks to revisit that same kind of mystifying aura where our young and daring protagonists face the surreal obstacles in a futuristic facility that begs for the same kind of grandiose ambivalence. Sadly, ‘Scorch Trials’ is a derivative follow-up shadow of its former pronounced presentation. This formulaic fantasy fails to provide any distinctive punch or promise to its more competent predecessor.

As a post-apocalyptic Young Adult-oriented narrative ‘Maze Runner: Scorch Trials’ never really invests in its adventurous characterizations that seem to blankly react to the jittery surroundings without any genuine conviction. It certainly is not advisable to saddle a pack of imperiled individuals in a cocoon of dream-like devastation and not have them equally match the imaginative SF sensibilities of their enthralling, enveloped universe. One can speculate as to whether ‘Maze Runner: Scorch Trials’ does any justice to the James Dashner epic-driven YA novels or not. Still, there should be a sense of excitable freshness and intrigue to this eye-opening film project that comes off strangely as remote and mechanical despite the whimsical feel to its wasteland of wonderment.

Sure, some will be partially engaged in the exploits of our young harried heroes bouncing from post to post in a desolate desert known as the Scorch where unpredictable encounters with undesirable creatures and the regional elements are recounted with Ball’s simplistic by-the-dots direction. There will be your predictable share of over-the-top villains, outlandish yet awestruck special effects imagery and a centerpiece for youth-oriented romancing among the ruins. However, ‘Maze Runner: Scorch Trials’ should do a better job in whisking its viewers away in a bells-and-whistles story that should be convincingly subversive and challenging.

Back in the Maze mold madness is Glade stud Thomas (Dylan O’Brien) and his band of fellow wanderers in Theresa (Kaya Scodelario), Minho (Ki Hong Lee), Newt (Thomas Brodie-Sangster), and Frypan (Dexter Darden). The group had learned that their ‘a-MAZE-ing’ (sorry…could not resist) past experiences had been at the devilish hands of the evil paramilitary outfit known as WCKD (as in the pronounced word ‘wicked’). The head honcho of the aforementioned WCKD is none other than diabolical diva Dr. Ava Paige (Patricia Clarkson). So now Thomas and his endangered entourage (along with a few more disposable tag-a-longs) are forced to roam in the treacherous Scorch where the ominous run-ins with the resident beastly zombie Cranks are inevitable.

Of course, there are other factors working against Thomas and his Gladers. First, they must constantly hunt for their safety guaranteed in the arms of the resistance faction called The Right Hand based in mountainous terrain. Secondly, there is also the matter of an outbreak known as the Solar Flare virus that is running amok and the cure is to draw blood from those that are immune. The underhanded Janson (Aiden Gillen, from television’s ‘Game Of Thrones’) heads up the laboratory where the shifty agenda for collecting pure blood from unsuspecting hosts is hatched. So the dilemma is presented as such: should Thomas and his put-upon colleagues be the sacrificial lambs in an experimentation that could benefit the numerous lives of their exposed society?

The problem, among others, is that ‘Maze Runner: Scorch Trials’ never seems to distinguish itself among the crop of other YA-related feature films that seem collectively familiar in theme and tone. The long line of impish and impulsive fare that includes ‘The Hunger Games’ film franchise and ‘Divergent’ movie series has already saturated the movie market to the point of no return. Unfortunately, this leaves little room for error for derivative knock-off films such as ‘Maze Runner: Scorch Trials’ to not only echo the same kind of entertainment value but be considered a few notches off the scale in doing so.

T.S. Nowlin’s screenplay is shockingly synthetic and that is inexcusable for an escapist SF flick using Dashner’s colourful and descriptive tomes as its inspirational source. A few of the interesting supporting characters come and go while registering some servicing interest such as the dashing duo Jorge and Brenda (Giancarlo Esposito and Rosa Salazar) that befriend the Gladers en route to their destination for comfort and calmness. Gillen’s Janson is serviceable as the slimy opportunist blood baiter. Otherwise, the main performers that make up this cosmetic caper bring little to uplift this pseudo calculating landscape of imagined isolation and desperation. Somehow, the charismatic presence of both O’Brien’s Thomas and Scodelario’s Theresa seem watered down from the first film.

For the second time around it is kind of a tough sell for ‘Scorch Trials’ to get the obligatory mouse to chase after the cheese in this particular misplaced maze.

Let’s get to the point. This is bad.

A dystopian future full of conspiracies in which we throw the typical ingredients thinking that, magically, would make a good movie: teenagers, zombies, a “Mad-Max”-like desert and a stupid story in which main characters and their enemies behave stupidly at every step.

Quite a forgettable one …

More entertaining than the first installment
Let’s get this straight out of the way. If you are tired of movies based on books that present a young cast, you won’t find something here to convert you. However if you found the first movie to be a surprisingly entertaining, solid action flick;or if you don’t mind the age of the main characters as long as the story deliveries, there’s plenty to like here. Specially because there are some improvements over the flaws of the first film.

The action sequences are gripping, well directed and have a feel of raw realism. It’s evident that the ensemble of actors- young or mature- gave it all physically. It seems as though the stunts doubles had little to do in comparison to the average action flick.

If in the first movie you got 2 or 3 action scenes to keep you in the edge of your seat,in The scorch trials you’ll find action almost from the beginning.I’m not a fan of non-stop action, but I was particularly impressed with Barry Pepper who I heard filmed his action scenes with a broken ankle.

The acting is extremely good. Not only the young lead Dylan O’Brien and his young co-stars, Ki Hong Lee, Kaya Scodelario, Rosa Salazar and Thomas Brodie Sangter, deliver strong performances, but also the supporting cast of mature actors. By the way if you have read or heard that the very talented supporting cast of mature actors is there only for their paychecks or that “they have better things to do” you are hearing a biased opinion by unprofessional reviewers who are tired of “YA adaptations”. But just because some reviewers are tired of this “subgenre” doesn’t mean that plenty of talented cast and crews aren’t fully involved with these kind of stories in spite of the studios greedy intentions.

This movie might not be perfect, might not be for everyone but one thing that you can tell for sure is that Barry Pepper, Alan Tudik, Aidan Gillen, Lily Taylor, Patricia Clarkson and particularly Giancarlo Esposito gave it all. They have amazing chemistry with the very talented young cast and they seem to be screaming “100% commitment to my role”. It became clear to me through their committed performances that they believed in the project and that they trust the director Wes Ball. There’s plenty of character development opportunities and these mature actors take advantage of them all even if their screen time is limited. Ava Paige as played by Patricia Clarkson started the movie as the archetypal “evil scientist” and by the end of the movie I was somehow rooting for her. She really needs to find a cure to this mysterious disease called “the flare”. Giancarlo Esposito started limited by a role that seemed at first written to fulfill a quota of the typical “evil adult vs. innocent kid” trope. However, as the movie moves on we discover that he is far from being a cartnoonish “evil adult” and that his character is full of humanity. A scene in which he is concerned over his protegé was one of my favorites of a film from which I was only expecting mindless entertainment and non-stopping action.

The problem is that this brilliant cast was limited by a script that seemed to go nowhere. I’d say the script is not as strong as the one of the first movie and that script wasn’t particularly good to begin with. There are some improvements. This time some clichéd lines have gone away, there’s more backbone to the characters and a little more of “showing-not-telling”. But if you are thinking that everything that didn’t make sense in the first one will make sense in this movie you might end up disappointed.

One more time the movie ends in a cliffhanger although this time there’s not a last minute info-dump. If you don’t mind these minor flaws on the script you might end up enjoying the ride.

In my opinion, the strongest part of the movie, besides the thrilling action and good acting are the visuals. I enjoyed the shots of the scorch because the cinematographer took plenty of risks. I want to see the movie again just to appreciate these shots better. There were also interesting shots in terms of composition.

The VFX is extremely well executed. I thought the director was going to get overboard with the CGI usage but he wisely balanced the visual effects with the emotional arc to take the audience to a journey through this devastated lands in which under each nook, each skeleton building lies a new danger, a new story, a new world which I’d love to explore.

As if this wasn’t enough to make me want to see the movie again, Joe Paesano’s score (Daredevil TV series, The maze runner) was masterfully used and added a special feeling to the already beautiful visuals. Mark my words, Paesano’s scores will get him an Oscar somewhere in the near future.

The scorch trials has everything to become a huge international box office success because is a solid, yet imperfect second chapter, that will keep audiences entertained and screaming for chapter 3.

Long version: There really are no words to describe how far away this movie was from the book. It was like going into a theater expecting to see The Terminator, and seeing Braveheart instead. Both great movies, but NOTHING similar about them. Besides the character names, lightening, and some sand, NOTHING, I repeat NOTHING about this movie resembled ANY part of the book. Nothing. I read the book in one day, two days before I saw this movie. I was so excited to see this fantastic book come to life, and I left sorely disappointed.

I’m not sure if the author of the book was involved at all in the decisions that went into the writing of this movie, but they completely bastardized, completely changed EVERYTHING about his story. Even the core motivation behind the ‘who and the why’ was different.

It simply was not the same story at all. I’ve seen many books made into movies and I’m familiar with the huge and often disappointing changes they inevitably make, but this was off the charts. I’ve never seen anything like it.

If you haven’t read the books, then go see it. It was fun enough. But please don’t bother if you enjoyed the original story; because it’s a completely different one. 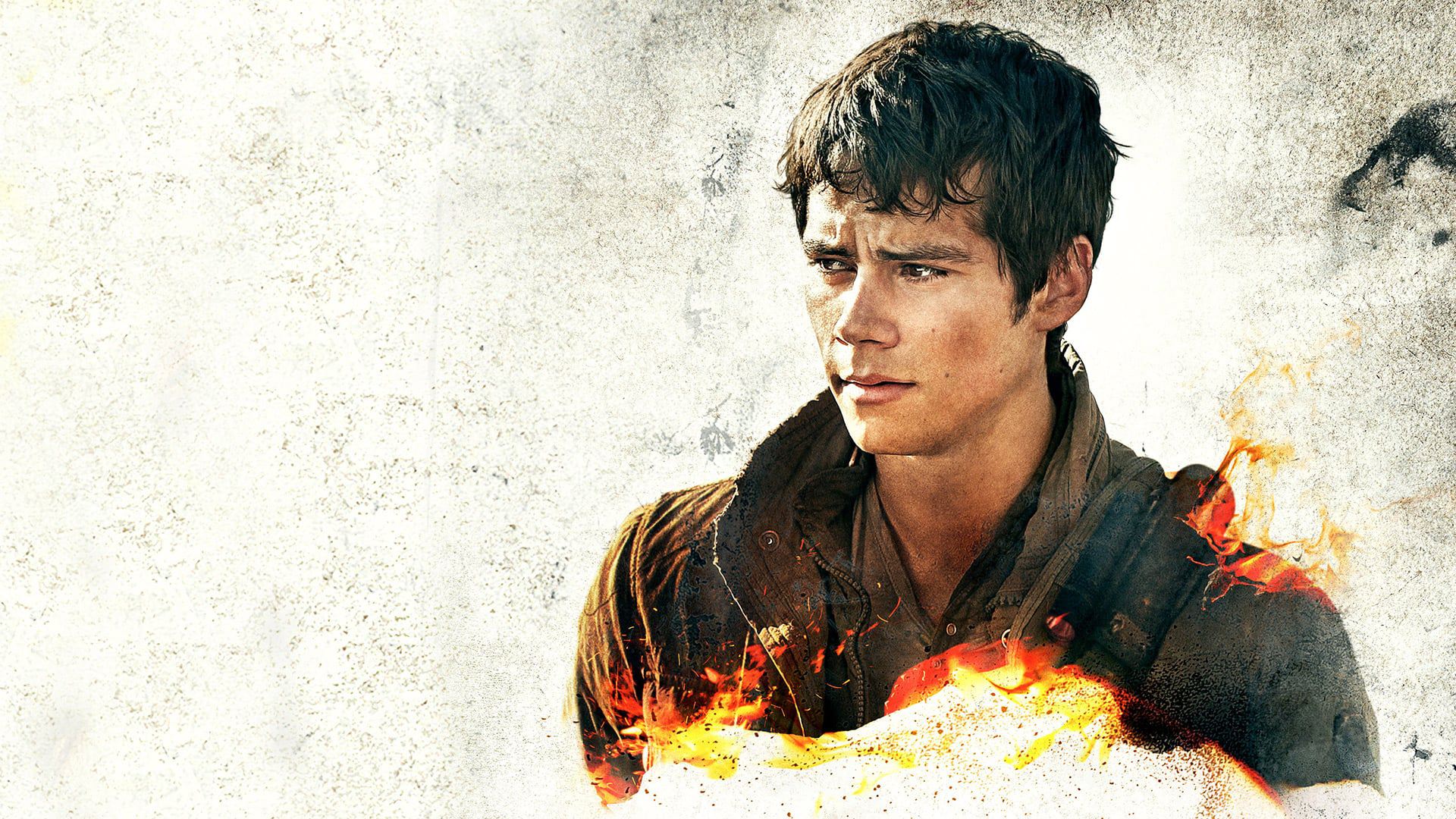 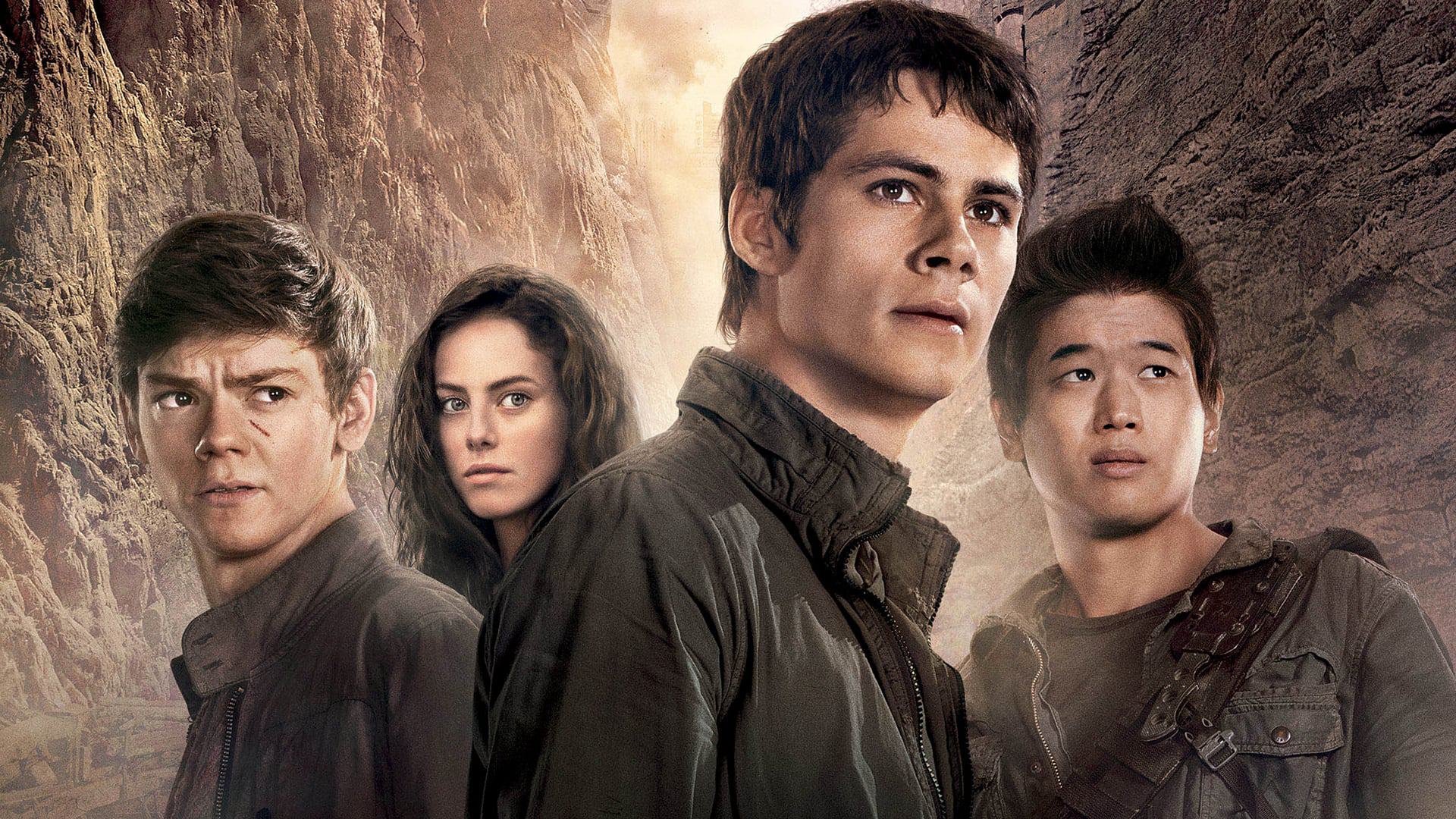 In Order of Disappearance 2014 123movies