Can you bury past evils?
All repressed societies tend look back at the horrors of the past with a twinkle in the eye. Tengiz Abuladdze’s Monanieba (Repentance) uses black comedy, satire, allegory, magical realism, and surrealistic dream sequences, as the stones to tread on, offering the movies’ viewers disturbing images to recall historical events of their own lifetime.

In a small town in Georgia, a mayor by the name of Varlam Aravidze dies. Eulogies are mouthed by very important and least important denizens of how great an individual he was. But his corpse keeps surfacing in his house, exhumed by unknown forces. Eventually, a woman baker who bakes the best cakes in town (with delicious church steeples as icing) is found to be the one who keeps exhuming the body each time it is buried and reburied. Three-fourths of the film revolves around on her motives for repeatedly exhuming the body. This is the section of the film that re-evaluates the tyrannical life of the dead man. The dead man’s son Abel is reluctant to admit his father’s evil acts but the dead man’s grandson is ashamed of his grandfather’s acts. The baker who had exhumed the body was directly affected by Varlam’s tyranny and says she will not let the dead man be buried and is ready to accept the consequences. Her strange actions and what motivates them are allegorical of what Georgians endured during Stalin’s rule in Soviet Russia. The three generations of Varlam’s family depict the changing values within Soviet Russia, with winds of Perestroika and Glasnost blowing on the faces of the younger generations.

Repentance is the last film of the Georgian filmmaker Tengiz Abuladze, who died soon after the film was released. Repentance, like Klimov’s Agoniya represents the Soviet movies that were released within Russia as Gorbachev unveiled Perestroika and Glasnost, allowing audiences to reflect on issues that they never dared to discuss in the open earlier.

The lead evil character Varlam Aravidze (translated as Varlam “nobody”, a name chosen to escape the censors) is an amalgam of Hitler (moustache), Mussolini (black shirt), Stalin (haircut) and Lavrenti Beria (pince-nez spectacles). It is a political parable on the evils of dictators, when small-town bureaucrats use cunning and deceit to crush cultural values of art, and ethical values of religion, law and marriage. Historically, Stalin and Beria crushed the national spirit of Georgians targeting the intelligentsia and the Church. Abuladze was among the few that survived.

Repentance is a critique of Soviet history and assumes greater importance because it was made by a Soviet director and released in Soviet Union. The finest sequences of the film that would not be lost on East European audiences, in my opinion, were of a mother and child search for names of loved ones etched on logs that have been recently brought from Siberia, because political prisoners communicated with their families using this unusual method, and the final sequence of an old woman searching for the church (which has obviously been destroyed) in the empty town, a simple sequence that signifies hope for the future.

Death and consequent burial often indicates forgiveness. Didn’t Mark Antony imply this when he said the dead is “oft interred with their bones” over Caesar’s corpse? Abuladze’s heroine Ketavan keeps exhuming the dead and buried corpse to expose the misdeeds of a despotic Stalinist hero (recalling Alea’s bureaucrat in the annals of Cuban cinema) while baking cakes with symbolic church steeples on the icing (reference to the deep loss of theism and orthodox religion in Stalinist attempts to replace religion with science). Ketavan’s father is an artist with features that resemble Western images of Christ. The evil figures relish hogging the church steeples on cake icing and cooked fish (a typical Christian symbol).

Abuladze’s film approaches “repentance” by looking at evil squarely in the eye and not by sweeping it under the carpet. Interestingly this is the very approach that Hans-Jurgen Syberberg took while analyzing the rise of Hitler in his superb yet controversial 10-hour long documentary Hitler-A film from Germany. Abuladze’s cinema like most Soviet filmmakers (Klimov, Tarkovsky, Kozintsev, Mikhalkov-Konchalovsky, Zvyagintsev, etc.) is built on values that Soviet citizens imbibed through the Russian Orthodox Church.

In Repentance, the new generation seems to accept the misdeeds of their tyrannical family members and seek repentance, while the older generation prefers to go to jail by exhuming tyrannical “heroes” and exposing their misdeeds. Both types of repentance make the film an interesting tool to study history of Soviet Russia. What is remarkable is that just as a parallel to the contents of the film, the directors and writers of Georgian cinema exhume the misdeeds of the past, and the new generation of film studio authorities and censors “repent” somewhat by releasing these films in theaters in Soviet Russia (including Georgia) and other nearby countries.

In Abuladze’s film, surrealistic and satirical dream images of men putting flowers in a grand piano combine with images of a blindfolded woman with scales (symbolizing justice) playing the piano before being led way by a man in black, with white gloves. There is black comedy as tortured prisoners “name names” so that no one will be left without being a suspect and the jails will be full of suspects.

Abuladze has much to convey and at times seems to go over the top in his efforts to poke fun at tyranny. This is perhaps why Abuladze loses out to the more subtle works of Paradjanov (the most talented Georgian filmmaker), Tarkovsky, Kozintsev and Klimov, while driving home a similar message to the viewers. The cinema of Abuladze is more direct, while Tarkovsky and Kozintsev more circumspect and open-ended. But Abuladze’s cinema is, without doubt, film making that will unsettle a viewer to think about life after the film ends. The question each viewer should ask is: Where are the Varlams that we encounter in life and can we rest by burying them? 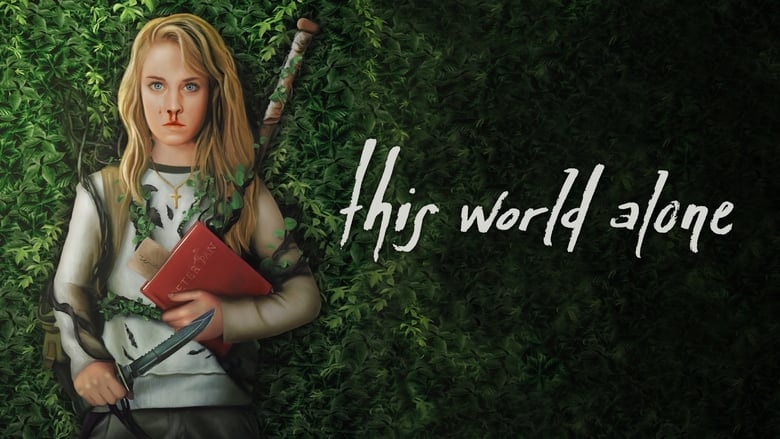