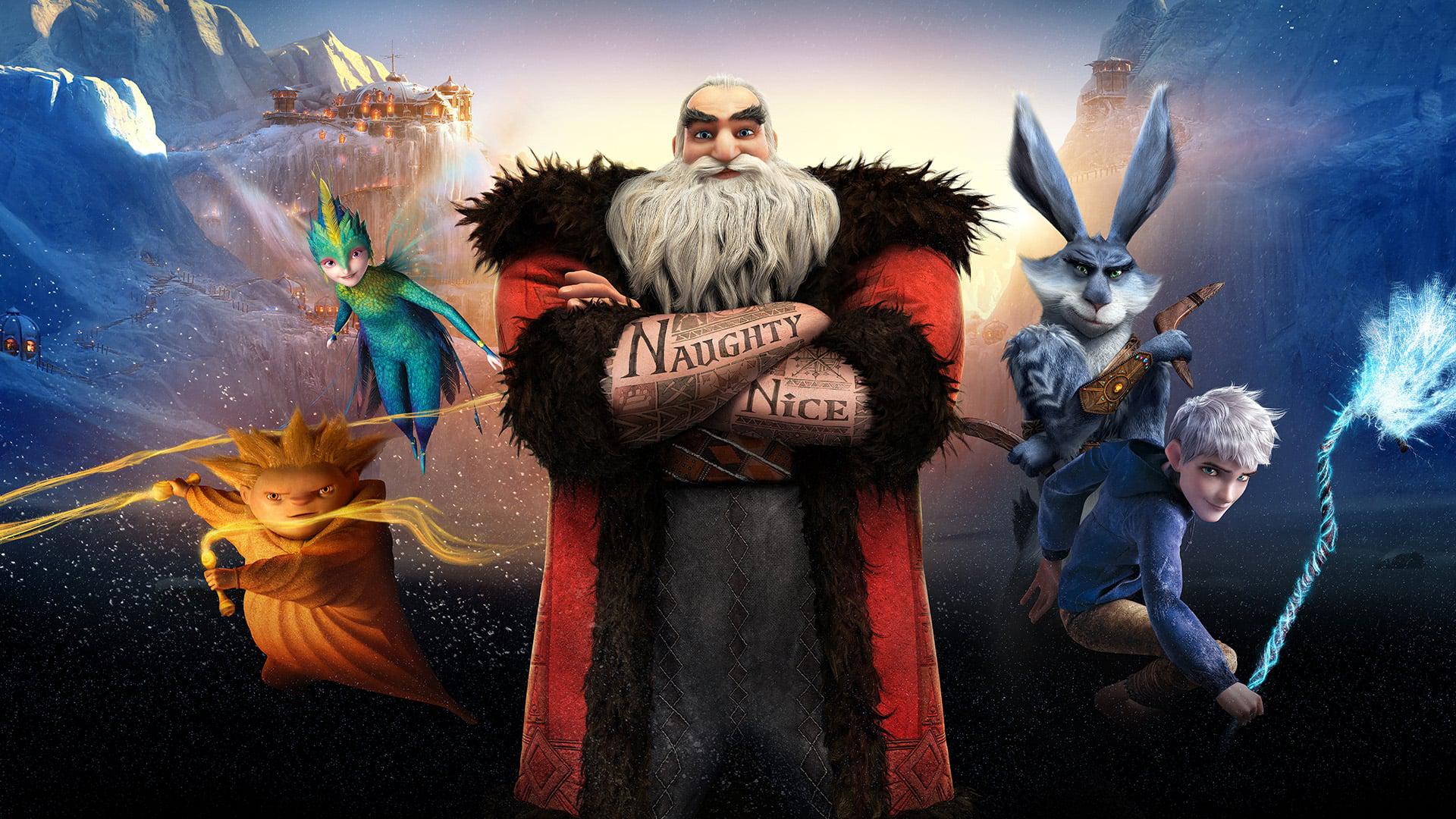 Rise of the Guardians 2012 Streaming Links:

Enjoying story inspired in 4 of the major “legends” for kids in the anglosaxon culture.

Great animation and development of characters for a simple and clean story with the needed touches of humor and action.

A delightful movie for children and families. Interesting twists on some of the figures of childhood, however, they are very likable characters. The Story is well thought out and pulls you in, I actually felt concerned that good would not triumph over evil. Great ending, but it kinda leaves you wanting more. Another Dreamworks hit, sure to entertain the family.

An imaginative and epic adventure that exceeded my expectations
Before the end of the thanksgiving weekend I had with my cousins, I went with my brother to see this particularly in 3D, hoping that it would exceed my expectations as the trailer had promised. Later, after seeing the movie, I couldn’t believe that my expectations were raised by not only how interesting it look, but how beautiful it looked. So, are there any flaws? Well, let’s just say that there is one for it does drag a bit on the middle, but there isn’t anything else to fault this epic adventure with.

Some people may find the story of this movie predictable due to it’s good vs evil concept, but for me, I don’t think it was that bad. It had it’s heart in the right place and has some nice messaging about using your courage and it did got me shedding some tears since it reminded me what it’s like to be a child. The dialog is also witty and the script is refreshing and funny. What I also like about the story is how it focused on Jack Frost’s origins and how he came to be. I would’ve like to see the origins on some of the other childhood icons like Santa Claus, the Easter Bunny, the Sandman, and the Tooth Fairy, but I think that Dreamworks Animation is saving those for the sequels if they ever make them. The music from Alexandre Desplat is beautiful, tear-jerking, and whimsical and it’s orchestra is well done which makes it one of his best music in a feature length film.

There are some other redeeming aspects of the movie. First, there’s the characters which are likable in every way. Jack Frost is a charming lead, Nicholas St. North (or Santa Claus) is a bada** character with his Russian accent and has a sleigh machine, the Sandman is silent, but that’s what makes him more interesting and his comedic moments is funny, the Tooth Fairy (or Toothiana) is a beautiful female character and the way she explains her ways of getting all of the children’s tooth is well thought out, and Bunnymund, the easter bunny, is a great fighter and by the far the most hilarious character that most people would adore. Pitch, however, steals the show and is a great villain thanks to Jude Law’s menacing voice-work. In fact, the voice acting for the character is great especially Alec Baldwin who was a great surprise being here. The fight sequences and the chase scenes are not only amazing, but exhilarating, but the strongest aspect goes to the animation.

It’s character animation is well inspired and creative, but what stands out the most about the animation is it’s visuals. The places are amazing in scope including the North Pole, the Toothfairy’s land, Pitch’s evil lair, the Easter Bunny’s home with the eggs being the highlight and more. Looks like Dreamworks Animation never fails to amuse me with their beautiful animation.

Overall, Rise of the Guardians is by no means a classic and with all of my heart, this deserves some recommendation to those who haven’t seen it yet. Go watch it! It’s that good just like Disney’s Wreck-It Ralph.

Rise of the Guardians – Because why not have a Russian Santa, Australian Easter Bunny, Hyper Tooth Fairy, Silent Sandman and a Depressed Jack Frost?
Rise of the Guardians, by DreamWorks Animation SKG, is a fun and exhilarating film, set in the world of children’s beliefs.

Jack Frost is the fun and “icy” protagonist in this film, who has always sought out the answers as to why he is like he is – A guy that no one can see, except the Guardians, North, Sandman, Tooth, Bunny, and the bogeyman, Pitch. He soon finds out that the Man in the Moon has chosen Jack to be a new guardian to protect the children of the world, but refuses, but soon learns that sometimes friendship and a little responsibility goes a long way.

This is a great film, for starters, and I especially love the opening part, where Jack is sitting in the moon. This film has great special effects that wowed me when I first saw this film. Everything from the ice, to the fur on Bunny. This film is definitely pretty. But, the film has great voice talents, suiting the characters very well, and they suite the personality of each character well too. Viewers can tell that a lot of hard work had gone into the film, as everything, even the relationships between the characters, has been well established.

Alexandre Desplat is the music composer for this film, and has designed the music very well to fit the moods and areas of each part of the film. But, despite what a good job he did, I believe that John Powell may have done a better job, but, I understand that he was most probably working on the musical score for How To Train Your Dragon 2 at the time this movie was being developed/created.

This film is perfect for kids in the stages of believing in Santa, Tooth Fairy etc. as it is bubbly fun with these well known childhood figures.

Though this is an enjoyable film, it is aimed more towards younger audiences, and is more bubbly and fun than serious, and does not show as much of a lesson about friendship etc. as some of DreamWorks’ other films, such as How To Train Your Dragon. I also believe they should have developed more on Pitch’s character, especially around the time between when the guardians came, and the main part of the film.

Overall, I give this film 7/10 Stars, as I believe it is enjoyable, but could maybe have more of a moral to show for, and maybe suite all audiences better, rather than young ones.