Could have been great if there were more effort put into it
Told in a very disjointed style, Shorts tells the tale of a group of children and adults living in the secluded Black Falls community where the popular Black Box all-in-one gadget is created. A rainbow coloured “wishing rock” falls from the sky during a rain storm, and bizarrely imaginative wishes are granted one-by-one for everyone that gets their hands on it. But not all wishes are as good as others.

Robert Rodriguez, an all-in-one filmmaker unlike any other, has created another imaginative family film I imagine he is proud of because he can sit and watch it with his children. While the man made his bones on bullet strewn bloody epics like Desperado and Frank Miller’s Sin City, he has never been one to shy away from the family genre. But with every entry, the work just continues to become sloppier. Inspired by his children or not, Rodriguez must have known Shorts was a bad idea from the start. But this clearly mattered very little.

I am clearly in the wrong demographic to even begin deciphering what works and what does not in Shorts, but the film is a mess from start to finish. Employing a bit of the style of his buddy Quentin Tarantino, Rodriguez fashions the movie to work as smaller, unorganized stories within a grander framework (thus explaining the title of this opus). It is never confusing, but it becomes really annoying listening to the narrator, main character Toby “Toe” Thompson (Jimmy Bennett) tell us he does not remember the way the story goes every time the story jumps back or forward. Even worse is the addition of rewind, fast forward, and pause buttons that keep appearing during the film. Sure it is quirky and amusing the first time it shows up, but it just becomes bothersome and irritating as the film goes on. It really makes no sense why it is not told in any chronological order and just seems like Rodriguez mixed it up just to make the film a bit more interesting than it actually is.

The film’s storyline, as simplistic as it is, really offers nothing new to the family genre. Inherent issues about crumbling family units, making friends, and just genuinely finding your place in the world have all been done to death, as have stories about people wishing for things. And while some of the issues do succeed in being imaginative and unique, the stereotypical family film issues are anything but. Rodriguez throws them all into the film (and even a minor subplot about small green aliens) with a no-holds barred attitude dictated by a man who could care less what people think. And when the film reaches its credits, it really feels like all he did was throw ideas at the wall and went with the ones that stuck.

As said, the imaginative wishes provided throughout the film by every character are what make the film. A booger monster, walking crocodiles and a baby who can speak to other through her mind are just the start of what you can expect to see during Shorts. And as the film goes on, the ideas just become sillier and more creative as they go along. But sadly, they do not appear all appear to be coming from the mind of Rodriguez. And that is where the film hits another bad turn: the special effects that create these wishes leaves a lot to be desired. Almost every single one looks freakishly amateur and unpolished. I know Rodriguez does a lot of the work himself, but after watching something as digital and special effects friendly as Frank Miller’s Sin City, and how realistic that looks, it is a bit sad to look at this mess of a film as being from the same film-making group. It just feels all too disappointing, and like it was just pumped out too quickly before it was really perfected.

The acting, much like the rest of the film, is not all that great. Bennett is amusing in the lead role, giving everything he can as a child actor. Yet it does not seem like he was provided much to do outside of what the script asks for. He has a much stronger presence as a supporting character in Orphan, and was better even in his minuscule role as Young Kirk in the recent Star Trek reimagining. I was much more impressed with newcomer Jolie Vanier as the villainess Helvetica. She appears to have really dug into her bad girl role, and is given ample opportunity to make something of the role. And in a movie like this, that is never really all too hard. Adult actors like Kat Dennings, William H. Macy, Jon Cryer, Leslie Mann and James Spader are all given a fair amount to do, but never really seem to give it their all. They just seem to be going through the motions, acting as ridiculous and goofy as they need to, and not doing much else.

I started writing this review a few weeks ago after seeing the film, but forgot about finishing it. After watching the movie, it feels like Rodriguez acted the same way when he was writing and putting the film together. There are a few shells of interesting ideas that are on display at various points throughout the film, but they are never fully realized. I can really appreciate the family aspect of the production, and how much of a one-man team Rodriguez is. But this is just not a great film. It has imagination, but it lacks the ability to really stretch and mold it into something worthwhile. It easily could have been made into a stronger film if anyone on the team really put some effort into it. As it is, the newcomer Vanier is the only real reason to even attempt to sit through it.

(Portions of this review originally appeared on http://www.dvdfanatic.com).

Even kids will have a hard time liking this one
There are certainly dumber films out there than “Shorts,” the newest effort from Robert Rodriguez (“Spy Kids,” “Sin City,” “Grindhouse”), but right off the top of my head I cannot think of any. Even for a children’s movie, this has to be one of the stupidest productions of the year.

Going back to his “Shark Boy & Lava Girl” roots, Rodriguez has haplessly crafted a movie that makes absolutely no sense, being told in a series of almost unconnected vignettes (out of any conceivable order and with no satisfying conclusion). As a fantasy, it is slightly below “Mr. Magorium’s Magic Emporium” and a few notches above “The Golden Compass.” And this isn’t saying very much at all, friends.

In the ultra suburban hamlet of Black Falls, a group of boys discover a multi-colored “wishing rock.” Once they find out its true purpose, the children – and later the town’s adult population – begin to abuse it, of course.

The lead kid, Toby “Toe” Thompson (Jimmy Bennett, “Orphan,” “Star Trek”), is a hopeless nerd who is constantly being beat up by a girl classmate, Hevetica Black (Jolie Vanier).

He and his goofy friends, Loogi (Trevor Gagnon, “Big Fish”), Lug (Rebel Rodriguez – gee, I wonder who’s kid he is?) and Nose Noseworthy (Jake Short) then have to battle not only the grown-ups, but a series of badly-construct CGI characters brought to life by previous foolish wishes.

So, the children in this movie are not the greatest actors in the world, I have no problem with that. It’s the adults who really disappoint, especially Oscar nominee William H. Macy (as Nose’s idiotic and germophobic father) and Emmy contender James Spader (“The Practice”) as Helvetica’s greedy, corporate dad.

Toby’s parents, Jon Cryer (“Two And-A-Half Men”) and Leslie Mann (“Funny People,” “Knocked Up”), do not fare much better in this half-baked comedy that could have come from the Disney Channel reject bin.

Like the better and more successful Pixar animated movies, this one begins with a short subject film (about two kids staring at each other) – unfortunately, this is even worse than the feature. And, for bad measure, the two characters from the short keep showing up in the regular film for no reason whatsoever. 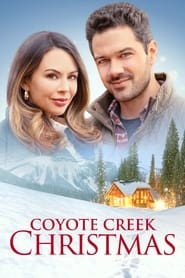