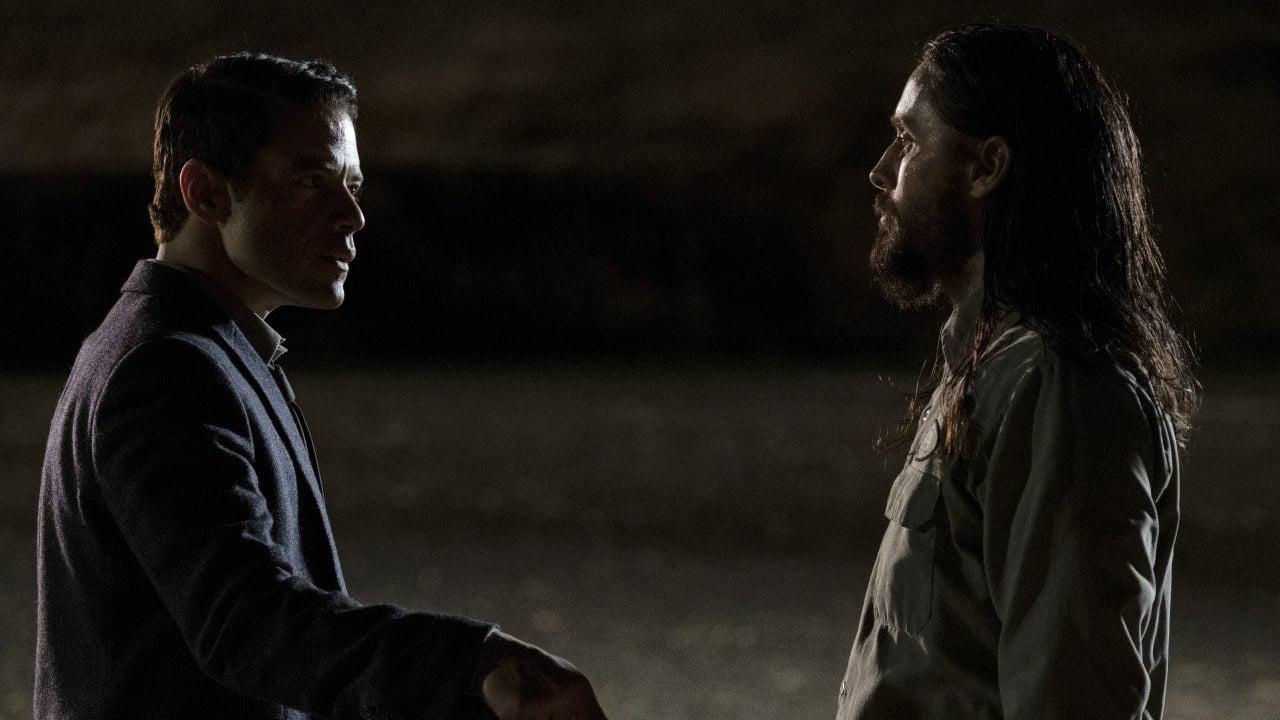 The script was reportedly written over thirty years ago by John Lee Hancock who has gone on to write, direct, and produce multiple films of note in the decades since he first created the screenplay.
The film is set in 1990 and involves a cop named Joe Deacon (Denzel Washington), who travels from his small California town to Los Angeles to get information on a suspect.

Joe has a history in L.A as he used to be a homicide detective for the department which combined with his meltdown while obsessing over a murder case has caused him more than a bit of notoriety.

Jim Baxter (Remi Malik) is the hotshot new Detective who has been leading the investigation into a string of unsolved murders. Joe accompanies Jim to a new crime scene and notes some similarities with his unsolved case. Joe takes some personal days and begins to do some legwork on the case and reports his findings to Jim which causes Joe to remember aspects of what drove him to his marital, health, and career issues as he is unable and unwilling to let the case drop.

When a prime suspect no longer fits into the picture; suspicions fall on a crime enthusiast named Albert (Jared Leto) who seems to check all the boxes but is also taking delight in winding up Joe which causes Jim to question if he is a viable suspect or just an oddball who gets off on crimes and winding up the cops but does not actually commit any offenses.

As the delicate dance unfolds between the characters the fact that this is an era before Cell Phones, DNA tests, GPS, and elaborate computer networks helps underscore the plight of the officers. If the film was set in a modern setting much of the suspense and uncertainty of the story and characters would be moot thanks to technology.

As the game of cat and mouse unfolds between the characters Jim learns how a person can become obsessed with a case and Joe attempts to mentor him from the success and failures of his life which includes some gray areas.
Aside from the strong performances and engaging story what makes “The Little Things” work is that it is a film that does not take the Hollywood fallbacks of extended gunfights, car chases, and over the top action scenes. What it does show is real and flawed characters that are doing what they think are right and does not attempt to wrap things up nice and tidy.

The film uses the element of doubt to not only drive the story but the actions of the characters which underscores that an element of uncertainty exists in some investigations and in with the resources available to police at the time; things are not always certain.

The film will appear in cinemas and HBO Max and is a compelling and well-crafted thriller that is not to be missed.

‘The Little Things’ is a diversion – not the worst way to kill two hours, and definitely a movie with some people in it. It’s a shame there isn’t more to recommend about it.
– Jake Watt

Better than people say, not as good as it could have been.
The Little Things – 7/10

The little things obviously took a lot of inspiration from other films; everybody points out that it was inspired by David Fincher’s Se7en but I was equally reminded of Nolan’s Insomnia as well. That being said, that does not mean that this film doesn’t have anything new to offer. Although it does follow some familiar tropes and storylines, it still is original enough to offer something new. Added to that is some fantastic acting from all three leads.

Most of the time when you have multiple great actors all vying for an Oscar nomination in a single movie it leads to some dramatic overacting, in this case all three performances are subtle, subdued, understated yet still brilliant. The mystery in this film is fairly obvious, the trailer shows you everything you need to know. But with that in mind, the mystery wasn’t really the focal point of this story in my opinion. The focus rather was on the characters and their development and about who they are as characters. In my mind the characters are written very well, not that they’re perfect but they’re good.

I think there was some sloppy editing, sloppy writing, and inconsistent directing but nothing worthy of a 54% that they’ve received from Metacritic. I’m not saying it’s the next big classic film or anything like that, no not at all. But I think that this film fully deserves a seven that I’ve given it. Not a classic, but definitely worth a watch if you enjoy dark films like seven, insomnia, and many more.

“The Little Things” had a phenomenal trailer, very nuanced, well lit, choreographed, acted, and most importantly, well edited. Of course, the trailer was only two minutes long. How does the actual film, which is over two hours long, compare? Surely any movie that expands on the technical prowess and acting chops that the trailer set up will be fantastic! The movie does expand on all of the pieces the trailer introduced – in doing so, “The Little Things” takes one step forward, and two steps back. Admittedly, the movie looks good visually; the cinematography is appropriately moody, with dim lighting for the majority of the running time that casts an ominous shadow over its characters.

The acting, too, is incredible. I’ve seen mixed reviews on Rami Malek’s acting in this movie, but I thought he was great, if a little mumbly, which did make it hard to understand him (thank you subtitles). Denzel Washington is, as always, great. He puts on a quiet performance here that takes its time with viewers – you can tell there’s something below this character that’s waiting to bubble up. Denzel is a professional, and he acts like one; every word out of his mouth feels believable, every action he takes feels realistic for his character. Watching him and Malik collaborate to catch a killer is truly entertaining – Deke sucks Jimmy into his obsessive mindset, and it’s interesting watching both of them fall deeper into the rabbit hole they’ve dug for themselves.

Jared Leto as the might be, might not be killer is fascinating. Now granted, I may be biased because I like Jared Leto, but I thought he was pretty good in the role. His character was perfectly bizarre, always keeping Deke and Jimmy on their toes. Sure, Jared’s character may act like a complete weirdo, but is he a killer? The movie keeps you, and its characters, guessing, which I appreciated. The story, which obviously focuses on these three characters, is elevated by the amazing performances. In a better film, I could see some serious Oscar contenders.

Yes, I did say “in a better film,” because “The Little Things” does start to fall flat. Let’s talk about the editing – did Olivier Megaton secretly direct this? Who decided on the editing style of this movie? There were a distracting amount of cuts in practically every single scene – for example, a scene where Denzel says goodbye to his dog before getting in his car has probably upwards of ten cuts. Similarly, a scene where Deke and Jimmy are eating breakfast has probably 20 cuts. There is rapid fire editing at play here, and I’m not sure the reason why. The film would’ve greatly benefited from a slow and steady editing style that allowed the camera to linger on its scenes and characters; instead, we get something akin to Paul Greengrass, which definitely doesn’t fit the tone of the movie.

Because of that, tonally, the movie is inconsistent. The pace feels all over the place, with the film only picking up when Jared Leto’s character comes in the picture. Unfortunately, he starts to play a major role about an hour or more into the movie, which means you spend a majority of this film’s length focusing on nothing really memorable. Additionally, the movie felt too short, even though it was over two hours long. There had to be scenes cut out of here, perhaps even scenes that further expanded as to why Deke and Jimmy were so obsessed over Jared Leto’s character. It seems like they pick him as a suspect out of thin air; as you hear in the trailer, they find him suspicious because his car has high mileage. That’s it? After Deke discovers this, they seem laser focused on nailing Leto’s character, and I was wondering if I somehow missed another clue or piece of evidence that made Deke and Jimmy get so fixated.

I did really enjoy the ending and overall message of the movie – this is definitely not a crowd-pleaser, and I commend the so different approach that the movie took. However, I really can’t excuse the awful editing and the stagnant pace. In a better movie, the first hour would’ve been the first 30 minutes, with Leto’s character being introduced early to build the tension and obsession of Jimmy and Deke. However, because “The Little Things” spends its first hour on nothing too significant, by the time Jared’s character is finally introduced you’ll wonder what the movie can possibly pull out of its hat to keep you interested now that it’s almost over. “The Little Things” is a film with great performances and a really interesting premise that is brought way down by its editing, pacing, and tonal inconsistency. It’s a perfectly watchable film, but with this cast, it should’ve been much better than it ends up being.

The Haunting in Connecticut 2009 123movies