Preparing for a lavish party, friends decide to hold it at a local dance hall start to realize that their missing attendees have been killed off by a vicious killer seeking revenge among them for a wrong that was committed back at the end of World War II and try to escape alive.

This is undoubtedly one of the greatest slashers around. What really works for this one is the fact that it uses a simple story yet manages to string together something so watchable which is a big accomplishment. This one here never produces a dull moment, staying interesting for the duration of its time and moves seamlessly through several top-notch stalking scenes along the way. The opening ambush of the couple works nicely, the bathroom encounter is outstanding with the narrow misses of getting caught while they tease each other leading into the mistaken play in the shower, the poolside stalking of the couples leaving the dance are quite fun and the couple being stalked down in the basement is quite a suspenseful ambush. The next big one is the stalking scenes on display, which are just exceptional from the first chase through the dorms moving through the different levels without giving away the killer through the maze in the hallway designs out the side and down out into the street, the search of the killers’ house in the dark where they go looking for the clues to his identity and the graveyard encounter with the gravestone discovery and open grave makes for a great suspense scene. The eventual confrontation with the killer is again top-notch, as the systematic search of the bedroom is reason enough to really enjoy it, being one of the best suspense scenes in the film while the final big kill is a showstopper. There’s also the fact that the killer in here is actually kept off-screen for the majority of the film, using only a few clues to keep the identity a secret until the final surprise revelation, while the fact that most of the time is devoted to keeping it to the shadows is yet another great way to build the suspense. Add in together with the greatness of the gore and kills in here, this one comes off as one of the absolute best ones in the genre. This here only has the very mildest of flaws. The fact that the body count is pretty low is a little hard to accept, as it doesn’t even reach double digits, which shouldn’t have been that hard to accomplish considering all the potential corpses on display. The fantastic gore makes it hard to recognize, but this one wouldn’t have been hurt to knock off another one or two more. The suit that the killer wears is also a little hokey, and wearing a military uniform doesn’t really make much sense. It does in the back-story, but rather than meaning anything, it rather feels like an attempt at originality gone a little screwy. These, though, are hardly deal-breaking and don’t even come close to unseating the positive ones.

A Dear John letter during WW2 provokes a veteran to murder in 1945 at a coastal New Jersey hamlet. He was never caught and 35 years later he dons his old soldier garb to kill again at the college dance.

“The Prowler” (1981), also known as “Rosemary’s Killer,” is a slasher/horror in the mold of “Friday the 13th” (1980) and “My Bloody Valentine” (1981). It’s not great like the former and not quite as good as the latter. The protagonist, played by Vicky Dawson, is similar to Alice and Ginny from the first two “Friday the 13th” flicks but, beyond her, the female cast is subpar by comparison; it doesn’t help that the director doesn’t know how to shoot women (not talkin ’bout nudity or sleaze).

The opening sequence from 1945 with the old automobiles is well done and I like the Inn and the estate where most of the movie is shot. Gore-master Tom Savini does the F/X work and it’s convincing. It’s a decent slasher from the early 80s that works up some mood; Christopher Goutman is notable as the deputy in charge, who dates the protagonist. It’s not bad, but not great.

The film runs 1 hour, 28 minutes, and was shot in Cape May, New Jersey (Inn of Cape May & Emlen Physick Estate).

Wrongfully overlooked and underrated early 80’s slasher
THE PROWLER maybe isn’t a milestone in the slasher-genre, nor is it innovating in any way, but it certainly is one of the better teen-slasher-movies of the 80’s. It has what it takes: Tension, a high body count, gore, nudity and a decent (though not really original) story. I’d say it even is almost on par with Friday THE 13TH PART I. Almost, I say, because Friday THE 13TH had an original twist in the end. In the case of THE PROWLER you’ll probably guess the identity of the killer way before the final ‘unmasking’-scene.

The plot is straightforward and easy to follow (like almost every slasher-flick). The prologue is a bit strange (black & white documentary footage of soldiers coming home from the World War II), but it’s necessary to provide the killer’s background-story. The first killing takes place in 1945 during a homecoming-party. It appears the killer had personal motives. He was never caught. Then, almost 40 years later, a new town’s party is being organized and the killer picks up his old habits (and weapons).

On the bright site, THE PROWLER has a lot of killings, and therefore lots of bloodshed. All the make-up & blood-effects are masterfully executed by Tom Savini (with the ultimate high-light being an exploding-head shot). The killer is pretty creepy with his military outfit (including a German-like war-helmet) and uses various weapons (a pitchfork, a big army-knife, a shotgun,…). The fact that he doesn’t speak one word during his attacks adds to the scariness. What also raises THE PROWLER to an effective and above-average slasher-level, is Joseph Zito’s directing, the acting and the over-all atmosphere. Thankfully this movie doesn’t include teenagers playing stupid jokes on each-other, a phenomenon slasher-movies too often suffer from. At a few moments Joseph Zito’s directing even reaches levels of tension like in Carpenter’s HALLOWEEN (no, it’s not as good as HALLOWEEN but it has its moments). It’s also nice to see that when leading girl Vicky Dawnson for the first time sees the masked killer, she doesn’t ask obvious things like “Who are you? What are you doing here?”. No, see looks at him, and when the killer stares back at her, silent and motionless, she immediately senses the danger and starts running. Further more, there are at least two jump-scenes that really work (always a good thing in a horror movie, but you might wanna turn up the volume) and I thought the roses were a nice touch.

It was also a nice surprise to see a slasher-movie that knows the rules of the genre and dares to break a few too (you figure out which ones yourself). I applaud Joseph Zito and Tom Savini for a job well done, and I feel sad about the fact that THE PROWLER seems to be a bit under-appreciated. So, come on all you slasher-fans, seek out this movie and boost its rating here on IMDb to a higher level. 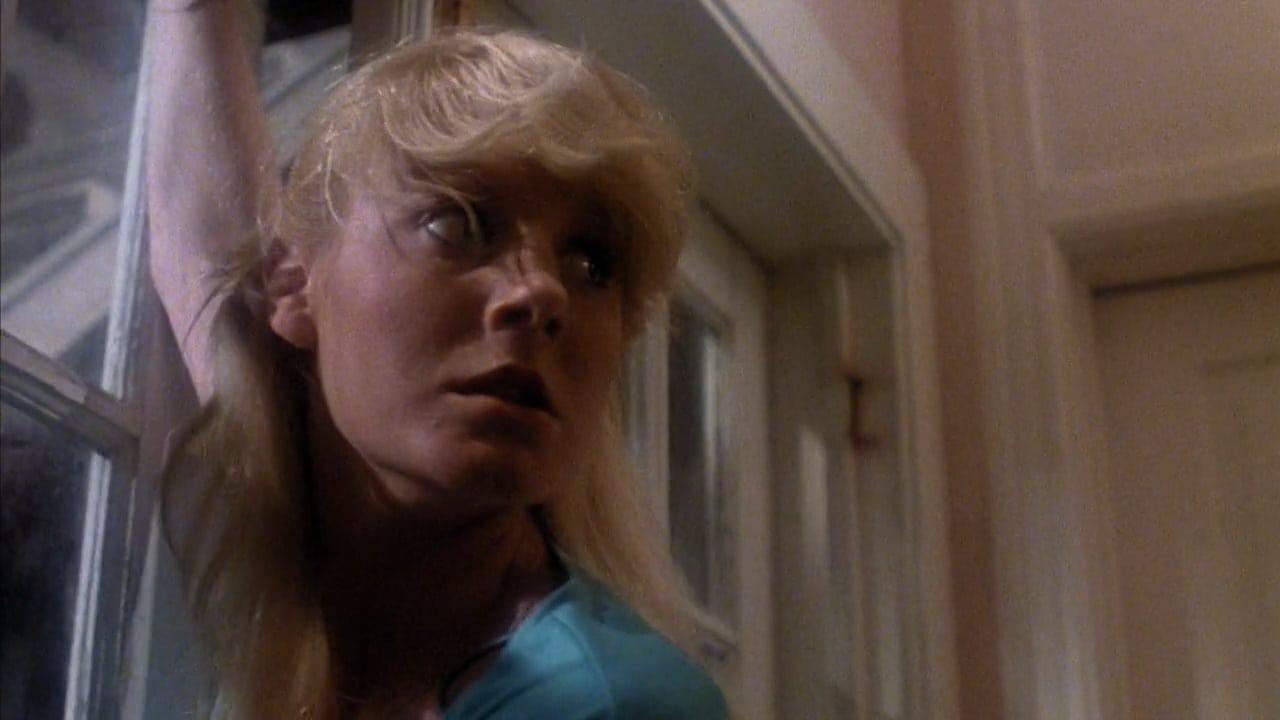