**Very close to the shore, yet too far and dangerous to attempt.**

I’m sure you have seen shark attack films like ‘Jaws’, ‘Deep Blue Sea’ et cetera, and yep this another one to add to that collection. But this was something very neatly done, I mean for the most of the parts. Looked so real, so I thought it might end up top among its similar theme. In the end, I was little disappointed, because of the shark. The portrayal of shark was very natural, until the last half an hour. Then it becomes the common film gimmick when the animal was obsessed to kill its target at any cost.

I am a huge animal fan, but I have never seen a live shark in my life and that does not mean I don’t know anything about them. Thanks to the nature television networks and what I saw in this film was very disappointing if you love wild animals. I am not supporting the shark here, I’m just talking about its behaviour. It was not right, other than that, I definitely enjoyed the film. In fact, except the final few minutes, since the shark got pumped up, I had no issue and the best shark attack film. But the final battle ruined overall favour I’m going to give to it, what I thought this film deserved.

Great location, and Blake Lively was unbelievably awesome. In the initial part, she was very sexy, but once the narration shifted its focus on surfing and later shark attack, everything changed. The entire film was edgy, I think very nicely written screenplay. It was a limited cast film and nearly the whole film takes place very close to the shore. A good start, neatly maintained mid part, but a below par conclusion, that’s what I think about the film. Slightly missed to be a great film in the line of ‘127 Hours’. In fact, this looks like a sea version of that film. But I still recommend it, because it’s worth.

All you should need to make a good movie is a girl and a shark, but Serra fails to deliver the basics, instead fashioning a movie that too often resembles a female oriented riff on an ’80s Old Spice commercial. The Shallows is a damp squib.

Read the full review at http://www.themoviewaffler.com/2016/07/new-release-review-shallows.html

Nifty, well-crafted shark thriller boasting a strong lead performance by Blake Lively.
The Shallows knows exactly what it is, and that’s the best praise I can give it. It’s barely 90 minutes long, has a small cast, and only one location. Its only purpose is to give you a thrill-ride during that time; an adrenaline rush based on an ubiquitous fear among humans: being stranded in the ocean with a shark. However as the title suggests, this doesn’t take place in the middle of the ocean. This woman is stranded only a couple hundred yards from the shore, close enough to potentially shout for help. What The Shallows does so well is establish this sense of isolation and hopelessness for our main character, and her situation of being so close yet so far from safety.

Blake Lively is great in this role. It’s mostly a reactionary role – not much dialogue aside from some early establishing conversations to develop her character. For the majority of the film Lively is terrified and fighting for survival against a deadly shark. This thing is huge, like the Jaws’ shark’s father huge. And it’s interesting to see how she follows its patterns and observes its behavior, allowing her to act accordingly without being trapped. There are some far-fetched scenes, sure, but Jaws had them as well and it’s hailed as a classic. Now I’m not saying The Shallows is as good a movie as Jaws, because it certainly isn’t. But again, the movie knows what it is, and as a short shark thriller appealing solely to our primal fear, it gets the job done and then some.

Now, it has its faults. The electronic music during the surfing scenes was immediately off-putting, and there are some slo-mo shots that definitely did not deserve to be in slo-mo. But the directing as a whole is well done – gorgeous sweeping shots of the open ocean, the slow build up before the initial attack, showing the shark only when it’s most effective. The writing is clever and practical, relatable to the point that you feel for this character’s predicament, and the acting as I said is top notch. The Shallows doesn’t break any new ground, but it does exactly what it sets out to do – give the audience yet another reason to avoid the beach.

This plot has more holes in it than Swiss cheese
I wanted to like this movie, but it’s just so stupid I can’t.

I love the beautiful bay and the long shots showing how pretty it is. But problem 1: where are the waves? There aren’t any! It’s clear that the actual surfing shots were filmed elsewhere. Come on… you don’t surf on a beach with no waves. Sigh.

Other problems: 2. A shark that size bites you, and all you have is a tiny nick in your leg? 3. There’s a juicy fat whale carcass right there, but the shark is only interested in bony human beings? 4. That whale carcass appeared out of nowhere? She’s been surfing there all day, and suddenly turns her head and it’s magically 60 feet away? 5. Why would you try to eat a crab after just a few hours? Just nonsensical. 6. The CGI dolphins were quite bad. But not as bad as the fake wound on her leg. I’ve seen 1980 horror movies with better blood… and they had a $500 budget. 7. The water is clearly shallow, as you can see in the aerial shots. Yet at the end when she sinks to the bottom, it’s suddenly 60+ feet deep?! 8. Holding on to that chain would’ve ruptured her eardrums in seconds because she wasn’t equalizing. 9. That shark is dumb enough to swim full force into the bottom of the ocean? 10. Why is there a buoy there, of all places? 11. Am I supposed to believe a beach this nice is right next to Tijuana, within walking distance of drunks, yet there’s nobody there, no garbage, nothing? 12. Something tells me you wouldn’t have a 4G connection on that beach to stream video on your phone.

Sigh. It’s a shot, and it’s a miss! Wasted opportunity. Watch a re-run of Jaws instead. 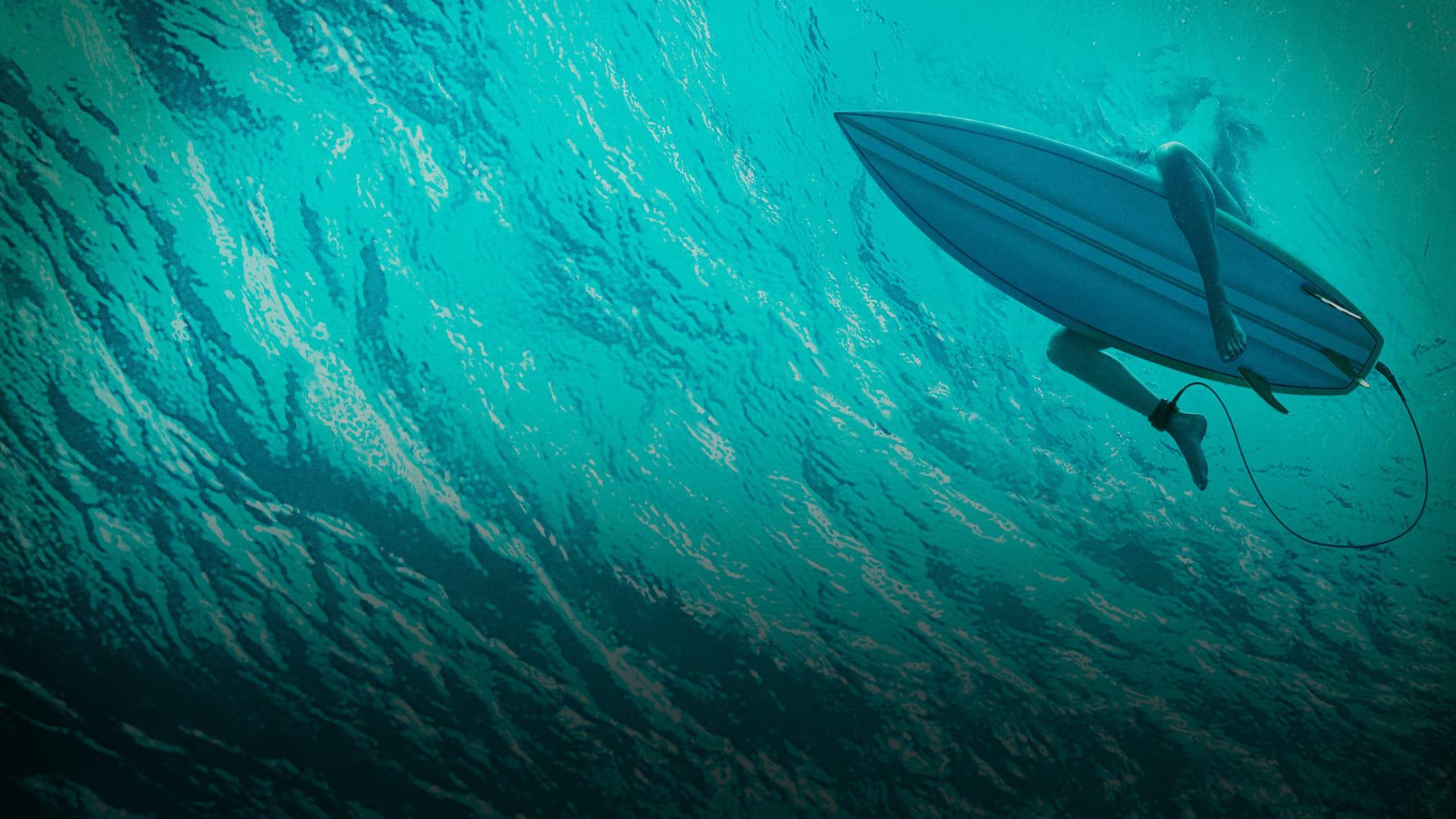