A must-see
I wasn’t sure what to expect from the show. Well I’m not familiar with the wizard of Oz. (Did I hear a “shame on you”?) I didn’t like the story, not a fan of fairy tales. But the songs, the music and the performances were marvelous. I didn’t know Elijah Kelley but man, he’s got a great voice. I knew David Alan Grier from his “In Living Color” days but now he really impressed me. And Ne-Yo was PERFECT in his songs. Queen Latifah is brilliant. Who would have guessed 30 years earlier that this young rapper would become such a charismatic actress and singer. Amber Riley, perfect as always. Uzo Aduba, was a pleasant surprise. Shanice Williams, was good too. But to be honest I didn’t like Mary J Blige.

I think the show is a must-see for the music and the performers.

Total and utter disappointment
I enjoyed the original Wiz movie….but this play was a complete and utter mess….the play felt rushed in many scenes, and the transitioning from one song to another was terrible. I think that they put so much work into the costumes, that they forgot to work on the script.

Speaking of costumes…it’s pretty obvious that the crows in the scarecrow encounter scene had a obvious wardrobe malfunction during the last minutes to curtain call….crows are supposed to have BEAKS! The crows in the Wiz LIVE look like human crow hybrids….I was hoping for a complete production when I watched this remake….but I was sadly disappointed and let down. 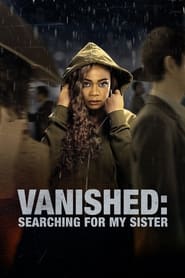