I’ll admit I had some interest when I heard that a Tolkien biopic was in the works, but now that I’ve actually seen it, I’m very unsure about who was supposed to want this movie? It’s just an unbearably clichéd biopic that makes sure it ticks all the boxes a biopic for some reason must. I don’t understand how this formula gets forced in to the real-life story of every person who has ever lived a time that was put to screenplay. It’s so boring, and it’s so **done**. Who was crying out for a movie that examined famed author J. R. R. Tolkien when he… went from mildly unpopular at fancy pants school, to mildly popular at fancy pants school? Not when he was writing the most famous fantasy series of all time. Not when he was at war (or at least not more than about a cumulative 6 minutes of flashforwards at war). Not his relationship with C. S. Lewis. Not even about going to codebreaking school. Nope, a young Tolkien whose not very likeable and rather lofty for someone who supposedly comes from such a poor background. It does touch on some references to his future writing, adding a little bit of a fantastical element, but it’s **so** afraid of this, its best element, that really only seems to imply that old mate Jirt wouldn’t have come up with a single idea for Lord of the Rings unless some sort of external stimulus for it fell in his lap. Another biopic cliché.

For the literary fans of JRR Tolkien, this film will serve as a very exciting chapter of your fandom; when you get to see a character called Sam you’ll be sure to gasp with glee – and let me assure you they really emphasise his name, along with a myriad of other moments just like it. You can’t miss them. They know who this movie is for, because it sure as hell won’t be appealing to anyone else.
– Jess Fenton

Tokien provides a solid story with some unnecessary distractions
The story and the excellent cinematography alone make for agood film. For some reason they forced in elements that had the effect of pandering to the weak minded. The film would have been much improved if these elements were left out.

It’s enough to see a fellowship develop in the prep school and the visual scenes of WWI without CG of dragon silhouettes and ghosts in gas clouds. We audience members can make connections on our own and guess at what inspired him. I doubt he was thinking about dragons while seeing an actual flamethrower used in warfare.

The real story was in the details and they were good.

Engaging Biopic
Tolkien: Not quite the romantic warrior professor but certainly all three of the preceding in part. Tolkien had a tough early life, falling into impecunity, his mother had to move with J.R.R. (Harry Gilby as the young Tolkien) and his brother from a rural idyll to the satanic mills and factories of Birmingham, an early model for Mordor no doubt. Then getting excessively MisLit, his mother (Laura Donnelly) dies and he is fostered by an elderly rich lady and along with his brother gets scholarships to an exclusive school. His family’s benefactor, always working behind the scenes, is Father Morgan (Colm Meaney), benevelovent but steely in his determination when Tolkien’s romance with Edith threatens his chances of getting an Oxford scholarship. Morgan may have been the inspiration for Gandalf.

At school Tolkien founds a Fellowship with other artistically minded students bur the Great War will wreak havoc on that brotherhood. The film cuts between Tolkien’s earlier life and the trenches of the Somme. This is literally Hell, a real Mordor. The adult J.R.R .(Nicholas Hoult) is on a (perhaps allegorical) quest to the Front to find one of the Fellowship who is missing in action. He passes through mud holes full of bodies and fever stricken imagines that a german with a flamethrower is a dragon. The film suggests many inspirations for his books, Edith (Lily Collins) as an Elven Princess, his mother’s reading tales of dragons when he was a boy, the War, his schooldays. A great influence on him was the philologist Professor Wright (Derek Jacobi) who won him over to the study of Old English and Gothic languages. Directed by Dome Karukoski from a screenplay by David Gleeson and Stephen Beresford, Tolkien is an engaging account of the earlier life of the scholar and author. 8/10 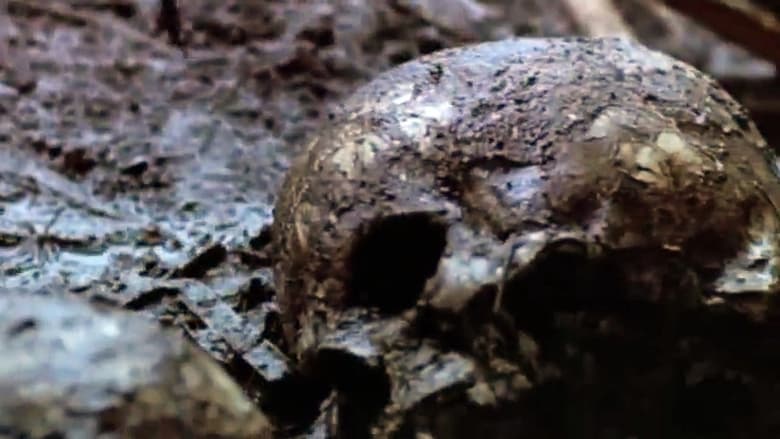