This goes down a treat.
Last year it was ethnicity that dominated the Oscars and this year it could well be longevity. I recently predicted that, at the age of 91, Harry Dean Stanton could be Oscar’s oldest ever Best Actor and even now there is every chance he will be posthumously nominated while Dame Judi, a mere 82, should have no worries in being a sure-fire contender for her performance as Queen Victoria in “Victoria & Abdul”. It’s a part she has already played in “Mrs. Brown”, (losing out to Helen Hunt in “It’s As Good as it Gets”), and to be fair, this is something of a walk in the park for her.

We are told the movie is ‘mostly’ based on actual events but I think we have to take a lot of what we see with a pinch of salt. It’s certainly an entertaining picture, if a little twee and whimsical at times, but there is also a little more heft to it than meets the eye. As written by Lee Hall and directed by Stephen Frears this is no mere sentimental, historical romp. It is, of course, the story of the Queen’s friendship, in the years before her death, with her Indian servant Abdul Karim, (Ali Fazal, an actor new to me), which until recently was something kept very much under wraps and which was very much opposed to by the Prime Minister, her son the Prince of Wales and the entire royal household and Hall makes this another post-Brexit movie, (I have a feeling we are going to see a lot of post-Brexit movies in the next few years).

What we have here is a film about racism and about empire and it’s quite as relevant today as it was back in Victoria’s time. Not that you have to take it too seriously; there’s a lot of low comedy on display and Frears has assembled an outstanding cast of British character actors. Eddie Izzard is an obnoxious future king, the late Tim Piggot-Smith is quite wonderful as the toadying head of the household, Michael Gambon is the befuddled Prime Minister and Paul Higgins practically walks off with the picture as the Queen’s concerned doctor; concerned, not with her health, but with the number of Indians about the place. As a piece of film-making there is, naturally, a large dose of Masterpiece Theatre on display but that, in itself, isn’t such a bad thing. “Victoria & Abdul” goes down a treat.

The film relates how in 1887, the year of Victoria’s Golden Jubilee, Abdul Karim, a clerk from Agra, was one of two Indians selected to present her with a medal on behalf of the Indian Government. By the Queen’s wish the two men remained in England as her servants and a close relationship grew up between her and Karim after she asked him to teach her Urdu (or, as she referred to it “Hindustani”). He became her confidant and she gave him the title “Munshi”, meaning “teacher”; this was a reference not merely to his role as a teacher of Urdu but also implied that he was, in some sense, her philosophical and spiritual guide as well. (She was deeply impressed by his devotion to his Muslim faith). His closeness to the Queen, however, made him unpopular both with the senior members of the Royal Household (who resented the fact that a man they regarded as their inferior was being treated as their equal) and by the servants (who resented the fact that a man they regarded as, at best, their equal was being treated as their superior). Karim was also disliked by Victoria’s son Bertie, the future Edward VII, and as soon as the old Queen died he was shipped back to India on the new King’s orders.

Much of the criticism of the film has been political rather than artistic; director Stephen Frears has been accused of whitewashing colonialism and of depicting Abdul Karim as excessively servile. Yet it is a matter of historical record that Victoria was deeply attached to Karim and deplored any attempt to denigrate him, and indeed Indians in general, on account of their race or skin colour. The film’s depiction of her as a sort of proto-anti-racist is therefore, to some account, historically accurate. And as for allegations that Ali Fazal played Karim as “too servile”, he was, after all, a servant. It would have been very unwise for him to have treated the Queen, who was both his employer and his sovereign, in anything other than a deferential manner.

One might well ask why, if Queen Victoria was an anti-racist, she was happy to reign over an Empire founded upon the idea that all men are not created equal and that the white races had the duty to export, if need be by force of arms, their supposedly superior civilisation to other parts of the world. That would be a good question; all I can say is that the Victorian age did not see, as our age sees, a contradiction between a belief in the moral rightness of the British Empire and the belief that one should treat individual members of other races with the same courtesy and respect that one would extend to Europeans. The standard “white man’s burden” justification for imperialism strikes us as being at best patronising and at worst hypocritical. At the time it did not necessarily strike people in the same way.

There are a few historical errors. In a scene set in 1887, Liliuokalani is described as “Queen of Hawaii”; in that year she was still a Princess and did not become Queen until 1891. Victoria, who was regularly kept briefed by her ministers and who had access to government papers, would have been a lot more knowledgeable about the causes of the Indian Mutiny than she is shown here. Giacomo Puccini, born in 1858, would have been much younger in the 1890s than the character played here by the 68-year-old Simon Callow. By the time he became King, Edward VII was nearly bald; Eddie Izzard shows him with a full head of hair. The representation of the film’s central theme, the Victoria/Abdul relationship, however, seems to be relatively accurate.

As with “Mrs Brown”, one of the film’s main themes is the loneliness of power. The two films explore the thesis that, having lost her beloved husband relatively early in life, Victoria needed to form intense, if platonic, friendships with other men to support her in her immense responsibilities. I didn’t think that the film was quite as good as “Mrs Brown”, if only because Fazal never makes him quite as strong an individual as Billy Connolly did with his portrayal of John Brown. Some of the supporting cast, Callow being the worst offender, tend to play their parts as caricatures. Probably the best is Izzard. Some have complained that his portrayal of the Prince of Wales as a bad-tempered bigot is at odds with the image of Edward VII as a well-loved monarch, but I have long suspected that, beneath the façade of avuncular geniality which his subjects saw “Bertie” was actually a rather unpleasant individual. Dench, however, lives up to her normal high standards, making Victoria a regal figure but also bringing a measure of both humour and pathos to her portrayal. She shows us the woman as well as the Queen. 6/10 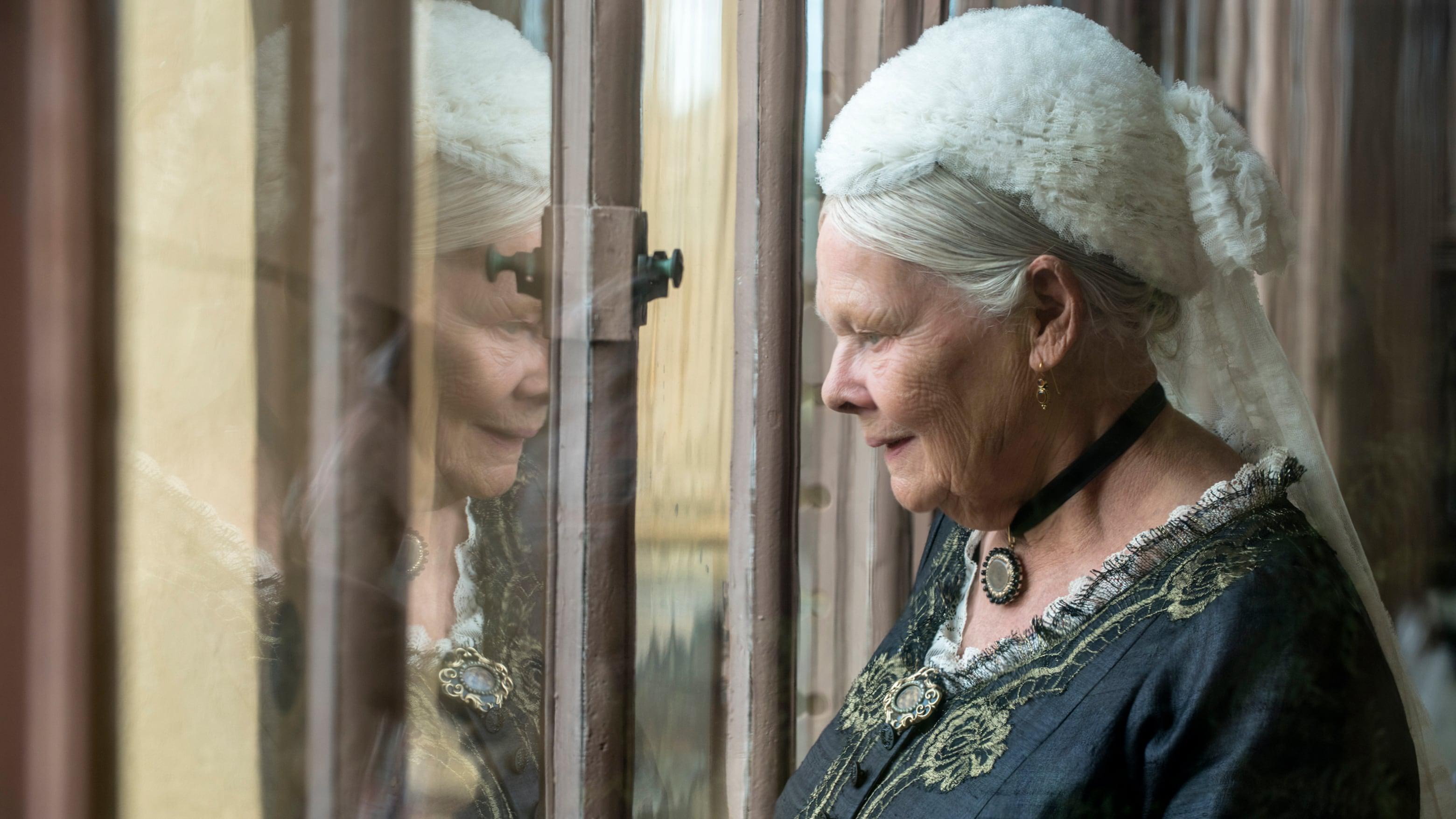