That’s the way they do things in West Memphis
There’s no such thing as a nice murder, but the deaths of three children in West Memphs, Arkansas in 1993 seemed particularly horrific: the killer had apparently cut off his victim’s penises and drunk their blood before throwing the corpses into a creek. The police promptly rounded up some local kids with a passing interest in Satanism, and a conviction as duly secured. Only later, amid mounting concerns over a potential miscarriage of justice, did it emerge that an incompetent pathologist had failed to recognise that the wounds were almost certainly inflicted post-mortem, and not by the killer, but by turtles. Not only had the wrong people been convicted of the crime, but the crime was perhaps just an “ordinary” murder after all. But getting the State to agree was a further long struggle. Amy Berg’s documentary charts the story. It’s horrific (the crime was still an awful one, even if not quite as originally portrayed, and the false imprisonment of the accused a second tragedy), fascinating, and beautifully filmed. On the downside, it is a bit long, and while it does a good job at suggesting who might have actually committed the crime, one can feel a bit uneasy about making such charges in a film like this (although one can also note that the authorities seemingly have no interest in re-investigating the case). More than anything else, the film is an interesting (and scary) look into the life of the American poor, a long way from the glitz of Manhattan. For many of the people we see in this movie, life would have been a hard, tough grind, even without the terrible events displayed. When one of the three accused finally gets out of prison, he tells us he isn’t going back to Arkansas; and one doesn’t feel like blaming him.

Innocence Is Not Enough in Arkansas
Three young boys were murdered on May 5th, 1993. Stevie Branch, Michael Moore, and Christopher Byers were eight-year-old neighbors who disappeared in the evening of May 5th. Their dead bodies were found mutilated. Three local teenagers were charged with the crimes and found guilty after a trial which was notable for prosecutorial dishonesty, preposterous expert evidence and a bizarre, unfounded theory of the case. The prosecutor, John Fogelmann, with an assist from the trial judge, nearly murdered an innocent teenager and ruined the lives of two more teenagers. Officials were hoping to bury their mistakes rather than go to the trouble of finding the person responsible for the slaughter of the three children.

“West of Memphis,” released in 2012, is the fourth documentary on the case. That is an incredible number of documentaries on the same case, and is probably a cinematic and judicial record of some kind. The first three films were called Paradise Lost 1, 2 and 3. Every few years, documentary teams have returned to Arkansas to find what else officials got wrong.

The documentaries present a laundry list of the ways in which the Arkansas criminal justice system is flawed. Arkansas is not alone in its ability to make mistakes, but The West Memphis 3 were so clearly not guilty that it was an easy case to criticize. Police overreaching, dishonest prosecutors, and brain-dead trial judges are much more routine than we would hope, but Arkansas must be the bottom of the barrel.

The three men convicted of the crimes, though not guilty, served nearly 20 years for crimes the State of Arkansas knew or should have known they did not commit. Whenthe evidence pointed elsewhere. The State, for fear of embarrassment, allowed the killer of three children to remain free and persisted in keeping the innocent behind bars. The real killer still remains at large. The real killer was found by the documentary makers, but, Arkansas has not prosecuted him partly because the State will not admit the error.

One criminal offense by prosecutor, John Fogelmann, was the planting of a knife in a lake where it would be found by scuba divers, at a moment in time when the press were on hand to observe the retrieval of the weapon. The knife was flashed in front of the jury and used to explain cut marks on the slain children, and to convince the jury that the teens had mutilated the bodies of the children. Photographs of the mutilated bodies were shown to horrified jurors.

It was later learned that the knife brandished by the prosecutor had nothing to do with the crimes. The knife had been discarded a year before the crimes. The bodies were not touched by the knife. The cuts and wounds on the bodies came from animal bites (probably turtles) after the children were dead. A so-called expert embarrassed himself but convinced the Arkansas jury with an incredible and stupid theory of the murders. The “expert”s ignorance of forensic science was profound, and was contradicted by a panel of qualified experts post conviction – too late to prevent the injustice.

DNA testing, not available at the time of the first trials, was used in recent years to establish that the boys were not present at the murders. One of the step-father’s DNA was found in hair in the rope which bound the dead boys’ bodies. Much evidence was developed by the documentary makers to prove that the murderer was one of the step- fathers.

Witnesses were coerced. They lied at trial and later recanted. Piece by piece the evidence came apart, and the sham that was the trial was exposed by the documentary makers. The makers of the first documentary – “Paradise Lost- The Child Murders and Robin Hood Hills” – produced enough evidence of the wrongful convictions to exonerate the boys years ago. That film was made in 1996, and the boys were just beginning to rot away in prison in Arkansas. A number of celebrities brought notoriety to the case and its obvious wrongful convictions, but Arkansas would not be moved by reason, intelligence, or the cause of justice. Released in 2000, “Paradise Lost 2: Revelations” explored a new suspect a step father by the name of Mark Byers. Byers is an odd fellow and he does strange things and he seemed a possible suspect. Byers was an odd duck, but not a murderer.

A third installment was released in 2011 called: “Paradise Lost 3: Purgatory.” That documentary covers a lot of the same territory covered in “West of Memphis.”

A disheartening aspect of the story is illustrated in the final minutes of “West of Memphis.” The Attorney General of the State of Arkansas is single-minded in his pursuit of face-saving explanations for why his justice system should not be blamed. You want to say: “Give it up, Dude. You made a mistake. Own it. Apologize and move on.” He does not. In trying to save face, he heaps more disgrace on Arkansas and himself.

This film is well-worth the viewing. It is a cautionary tale to the viewer. Bravo to Peter Jackson for this excellent inside look at our justice system. 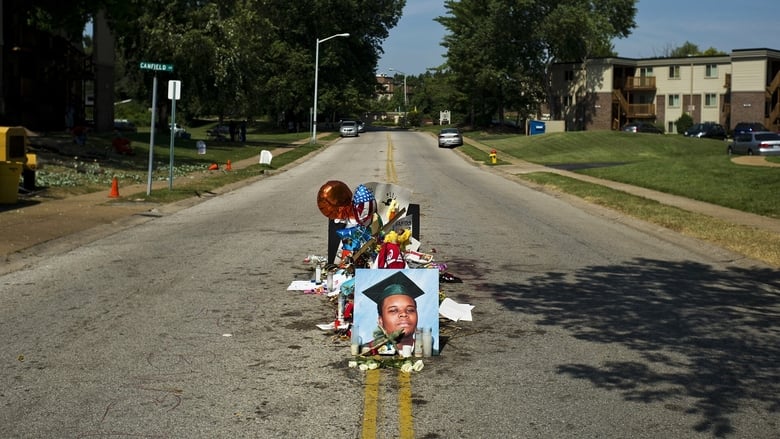