Woman on the Run is directed by Norman Foster who also co-adapts the screenplay with Alan Campbell from a story by Sylvia Tate. It stars Ann Sheridan, Dennis O’Keefe, Robert Keith and Ross Elliott. Music is by Arthur Lange and Emil Newman and cinematography by Hal Mohr.

When Frank Johnson (Elliott) witnesses a man being shot and he himself is shot at by the killer, he decides to go on the run rather than trust police protective custody. The police turn to Frank’s wife, Eleanor (Sheridan) to help track him down, but she thinks he has other reasons to runaway. Aided by newspaperman Danny Leggett (O’Keefe), who is after the exclusive story, Eleanor follows the trail left by her husband; but nothing is as it first seems…

Compact at under 80 minutes, Woman on the Run is something of a little seen film noir offering. Basically a man hunt in essence, picture boasts strong atmosphere around the San Francisco locations and a last 15 minutes of noir excellence. In the narrative is a failing relationship that gets expanded upon as the story moves forward, and of course there’s a twist, which thankfully is a genuine surprise. It’s also very well performed, especially by the excellent Sheridan. The problem is that for the first hour it is exposition heavy, while the musical score is often too chirpy, a hindrance to the visual atmospherics. However, once we reach the last quarter and the story unfolds at an amusement park (Pacific Ocean Park), the picture hits its stride. Here is where the shadowy photography takes on a sinister edge, the action seemingly in a drug induced state. It’s a terrific finale that lifts the film from being ordinary into must see status for the film noir faithful. 7/10

It’s been a long time since Film Noir of the Week first discussed Woman on the Run. At the time the film was just put out on a public domain DVD label. Through the haze and scratchy audio it was clear that the film is just excellent.

The highly enjoyable crime film and sometimes travelogue of 40s San Francisco is irresistible. True, most remember Ann Sheridan shedding her glamorous persona or the dogged cop stuck with the dog (Robert Keith).

But what I’ve really grown to appreciate is Dennis O’Keefe. He plays a machine-gun talking reporter rat-tat-tatting his lines as he tails Sheridan.

O’Keefe was from a show biz family. His parents were a duo in a vaudeville act that would frequently travel to Los Angeles. By the time O’Keefe was 16 the experienced vaudevillian himself was writing for the “Our Gang” series — penning scripts or just coming up with gags. When not writing, he was an extra and even a sometimes stunt man in countless films — including a bit part in The Marx Brothers Duck Soup at the age of 25. But he struggled to make a success of himself.

Legend has it, Clark Gable noticed the young extra while making Saratoga and ordered a screen test. By 1938, the bit-part actor was now in credited roles and would enjoy a healthy career in film in front of the camera.

But O’Keefe probably would have been just fine as a writer. The 1938 film The Kid Comes Back writer Don Miller in “B” Movies: An Informal Survey of the American Low-Budget Film 1933-1945 called the movie
“fast, funny, studiously avoided the formula cliches peculiar to films around prize fights… the story, by the way, is by E.J. Flanagan, who at the time was a struggling bit player. Flanagan hit the jackpot later… when he became Dennis O’Keefe.”
Just as O’Keefe was making a name as an actor.

According to his 1968 obituary in the NY Times, O’Keefe never stopped writing during his acting days. While playing the lead in the great T-Men, he worked on the script with John C. Higgins.

It’s not surprising that none of his writing for Our Gang, The Kid Comes Back and T-Men are noted on his IMDB page. He, like so many other jack-of-all-trades, did every job in the business but is only really remembered today for his work in front of the camera.

His acting was worth remembering, though. His notable films in the film noir world include The Leopard Man, T-Men, Raw Deal, The Company She Keeps and Abandoned. But you’d be crazy to forget his comedic roles in Brewster’s Millions, The Affairs of Jimmy Valentine and Topper Returns.

I really enjoy him in Woman on the Run. Check out the way O’Keefe pronounces “Po-leece” during a chat in Chinatown, or his crack about a female cop tailing them “Say, did you get a load of that female impersonator following you?”

I’m convinced that O’Keefe had a hand in polishing his lines in Woman on the Run. He may be second banana in the film, but he certainly holds his own.

Excellent low budgeter
While out late one night walking his dog, Frank Johnson finds himself in the unwanted situation of being a witness to a murder, the killer sees Frank and fires two shots but misses. The police arrive and inform Frank that as he can identify the killer he has to be taken in protective custody, as the man killed was also a witness in a case against a big mob boss and he will surely be the next target. However, fearful for his life Frank goes on the run. His wife Eleanor (Ann Sheridan) soon finds out that he husband is not the person she had been bored with, but an intelligent, talented and witty man that many people like for many reasons, believing her marriage was in permanent decline, she suddenly remembers why she loved him in the first place and sets out to find him with the help of a a very eager local reporter Danny Leggett (Dennis O’Keeffe) intent on a big story that might just save his own career. The search is made all the more frantic when Eleanor discovers Frank had been hiding a heart defect from her and that the police have ordered all pharmacies not to give out his required drug without their say so.

Woman on the Run completes my viewing of Antonius Block’s Top 100 Noir list and its a good one to finish with, it starts quite slowly but ups the tension with each passing minute,as the police and the killer also join the chase. O’Keeffe and Sheridan are both excellent in their respective roles and for such a low budget film, there is some very fine camera-work, in particular the scenes in the amusement park at the finish. The only thing that irked me just a little was the identity of the killer was given away too soon, albeit a nice twist, but then at a brisk 77 mins, I can’t really have too much to complain about. I watched the Alpha Video disc and being a fan of Foster’s work I would certainly be interested in seeing a better print of this film.

Murder Roller Coaster
Out walking his dog “Rembrandt” in San Francisco, struggling artist Ross Elliott (as Frank Johnson) witnesses a murder. With his life is threatened by the gunman, Mr. Elliott is offered protective custody. When Elliott learns about the shooting is gangster-related, he correctly realizes he’s been targeted as a potential witness for the prosecution and decides to go underground. This frustrates police inspector Robert Keith (as Martin Ferris), who decides to track Elliott through his attractive wife Ann Sheridan (as Eleanor).

Also deciding to find Elliott is story-smelling reporter Dennis O’Keefe (as Dan Leggett), who also decides the best way to Elliott is through Ms. Sheridan. Unfortunately for both men, Sheridan isn’t even sure her husband will attempt a contact, as their marriage was on the rocks. Still, Sheridan decides to find Elliott herself, after discovering he has a life-threatening heart ailment. Meanwhile, it seems like Mr. O’Keefe may be more romantically interested in Sheridan than obtaining an exclusive for his newspaper…

There is more to this story than meets the eye. More fascinating than the mystery is watching Sheridan develop her character – we learn about her, the mostly missing Elliott, and their relationship. Sheridan carries this unassuming film beautifully. The implicit intrigue about Sheridan’s relationship(s) contrasted with the explicit murder mystery. The clues are thrust right under your nose – but, half the time, you’re thinking of something else. Writer/director Norman Foster guides everyone exceptionally. 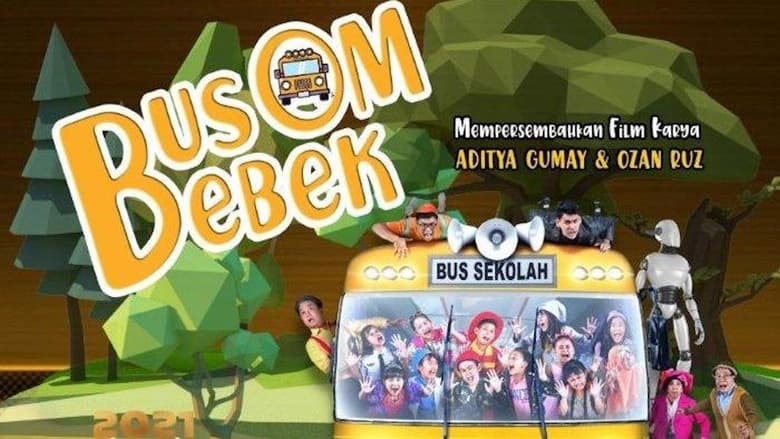