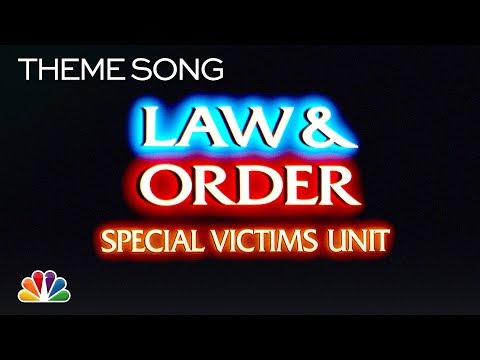 Incredibly Solid Show
I hear on tv that apparently America’s favorite Law and Order is the original. I personally think this is the best one out of all of them. It tackles some pretty intersting sides of society and humanity within an hour. I’ve been watching it for awhile and fell in love with the cast. They all have that hard edge that comes from doing a job like their’s. Marishka is great and Ice-T is amusing. The storylines are very interesting and groundbreaking. In my classes, I’ve heard about the Down-Low phenomenon amongst black males in the U.S. This is the first show, aside from Oprah, that dealt with this issue. I was amazed and pleased that they’ll take on any topic within their framework. Their guest cast should be praised as well. They have a great casting director. I don’t know about their history with Emmy nominations, but they should definitely be in the running. The show has a very easy going nature despite the hardness of the cast that works well and acted beautifully. It gives a real look at society’s imperfections and discriminatory ideologies. Nobody on the show is perfect and even the lawyers manipulate the law beyond the usual scope people think they do. Instead, they are manipulating it to see justice done and not avoided. I would urge anyone to watch this show. Give it a look.

Man how this show has jumped the shark…
When Law & Order: Special Victim’s Unit first started, I loved it. I thought it was well written and engaging with interesting story-lines. Alas, this isn’t the case any more. This show has really jumped the shark recently. Well at least it still looks stylish and innovative, and the music is still clever and memorable.

However, the story lines are now predictable together with very slack pacing, and the writing is now lazy and clichéd. The direction isn’t as secure as before either, and the acting the excellent Mariska Hargitay excepted is laborious with next to no chemistry, no surprise really seeing as the characters have become dull. Overall, started off amazing, now I can’t watch it without cringing. 4/10 Bethany Cox