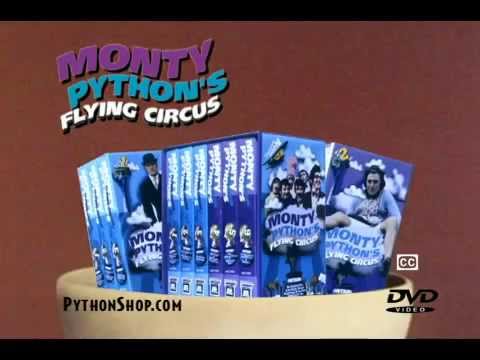 Season 1 was great, but not their best. Still experimenting and finding their feet, it had some great sketches, but nothing as iconic as what was to come.

Season 2 was where they really hit their straps. Most of their well-known sketches are from Season 2: Piranha Brothers, Ministry of Silly Walks, The Bruces, Spam, The Spanish Inquisition, Scott of the Antarctic.

Season 3 was more of the same.

Season 4 was where they tapered off. John Cleese had left and the creativity just wasn’t anywhere near the levels of Seasons 2 and 3. No wonder it was only 6 episodes.

Timeless comedy that has become embedded in culture. It’s that big, brilliant and important.

Monty Flies the Coup
After only watching a couple of episodes which I find hard to believe, I grew very fond of this comedy troupe. I love John Cleese, Michael Palin, Eric Idle, Graham Chapman, and Terry Gilliam but I would have liked to have seen women play the female roles instead. It gets tiring of watching the men have all the fun. This group which we have not seen the likes of since they appeared on British television in the late sixties and swinging seventies are still with us on DVD, VHS, and television of course. The only problem with British television comedies is that they don’t make enough episodes to satisfy the hunger we crave for. It’s witty, smart, and always on the mark. You learn something new ever time or get something different. That’s the mark of a brilliant comedy but it would have been better if there were some female cast members playing the female roles. Other than that problem with the show, I would still watch it again and again. I know it’s the boys club but even this girl would like to join in because they look like they are having so much fun.