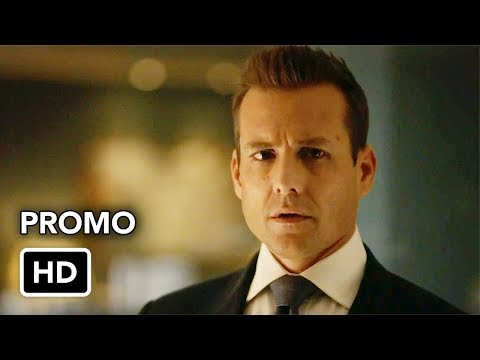 There’s no sense to go on. These characters leftover now only delivered hollow dialog to each other by verbally creating situations in those empty office buildings. This series should call quit when Mike and his wife seek new location to have a new life and lifestyle. It’s already become a nuisance to watch this new season’s every episode so far, so painful and annoying. Please call it off whenever you could. Have a new life…… ======================================================== Well, after some of the most important roles in this series left, the newest Suits S08 has become such a painful hollow slow cooker without any tasteful ingredients in it and kept deteriorating episode after episode. We can see so clearly that this series’ budget has been cut and decreased hugely, so what we see in Season 8 is just a bunch of the familiar faces added another two walking around in an almost empty leased office space in business suits, yadayadayada like a bunch of old wives just delivering boring dialog to each other, or some boring internal fights over “whose name should be added on the wall” and nothing else. The office is almost as empty as a theater stage with some furnitures and several actors. Nothing worth seeing anymore, just like the Emperor’s Clothe, under it, Nothing. It’s time to wrap up and beg off.

My Favorite!
My favorite show since Firefly, Suits has two things that a good show requires: good characters and good dialog.

The characters are likable, interesting and well-developed. Even Louis, the arch nemesis of lead characters Harvey and Mike, is sympathetic in his own way. The female leads are multi-dimensional and powerful, which also makes the male/female relationships interesting. The boss of the firm is a black female (the amazing Gina Torres, also a Firefly alum).

The dialog is quick and intelligent. The pop references and wordplay go by so quickly, you need to listen carefully to not miss them, but I like that in a show.

The show contains real drama and conflict, yet I find myself laughing out loud during each episode. This is excellent writing. There are story arcs within each episode and extending over multiple episodes.

The legal cases they deal with provide ethical and moral dilemmas for the characters to negotiate. The characters resolve these issues in different ways, depending upon their experiences and viewpoints, often struggling with their views of justice and responsibility–to the firm and to the client.

Addendum: More than a year after my original review, this is my favorite show. I just watched the first episode of the new season, and the writing has not lagged. This show is a real joy!