An odyssey, in which the smallest gestures become epic and when the body is the last resource for protest.May. 15, 200896 Min.
Your rating: 0
9 1 vote
dramahistory

Visually striking and inventive film that is emotionally engaging and well worth seeking out
Hunger is a low budget film from a production company more recognisable for its TV work, without any recognisable stars, without a really big distributer to get it around and directed by a Turner Prize winning visual artist making his film debut. Already you would perhaps be considering giving it a miss and maybe this isn’t the best time to mention it is a largely dialogue free account of hunger-striker Bobby Sands set entirely in Northern Ireland’s infamous Maze prison. This is probably one of the reasons that the film hasn’t been as widely seen as it deserves to be or why audiences haven’t flocked into screenings of it on a Saturday night. Certainly it is not an easy watch given the subject matter alone but yet it is a compelling and quite brilliant film.

Although the nature of the story leads the viewer to be emotionally invested in one “side” of the situation, McQueen never does anything that opens his film to this suggestion of bias or of scoring political points, if anything his attention to the detail of the tightly focused story does just the opposite. As well as telling us how many hunger strikers died, he point out how many prison guards were murdered during the period and, in my favourite part, introduces us to the prison via one guard soothing his hands (which tells us the frequency of what he does). It is a nice moment but not as telling as the thrill the viewer gets as he checks for bombs and starts his car  we are supposed to be on the edge of our seat and we are, swiftly followed by the realisation that this is an experience we would repeat if we were in his driveway the next day or the next.

From here we move into a nearly dialogue free thirty minute opening where no central character really comes forward and our “focus” is on life in the prison for guards and prisoners  a story that almost starts without there being a “story”. The film later brings Bobby Sands to the fore, delivering one impressive dialogue scene before returning to a dialogue-light charting of his hunger strike on the way to the conclusion that we all know is coming. Yet it manages to be really engaging because of the level of each detail in each scene and the relevance of each scene to the overall film. The scene that has gotten all the mentions and praise is the long dialogue scene between Sands and the priest who comes to see him before his strike. Filmed in three distinct shots, the scene is technically impressive but also allows the main dialogue delivery of the film  and the only really moment where anyone is allowed to debate and discuss the actions. Even here McQueen does not allow sides to be taken but keeps it as two men talking. It is engaging, really well written and of course, really well acted.

It is ironic that in this scene the film sits still for ages and allows the frame to remain the same because for the majority of the film McQueen’s camera is the star. So many shots are striking that it almost becomes “normal” to be transfixed by an image on the screen. Whether it be a excrement-smeared cell, urine flowing down a hall or a man washing blood from his hands, it looks great and the care taken to construct each image fills the “gap” that the dialogue leaves. The performances are mostly very good and compliment the “few words” approach by bringing a lot when required and wearing their characters convincingly. There are some you may recognise but I didn’t. Fassbender is the most memorable as he has the biggest character and the most startling journey, but this should not take away from smaller turns from Graham, Mullen and a few others who are also good. The film is not perfect though. The uninitiated may struggle to understand the bigger picture as you don’t get a lot of help with that and those that don’t get into the telling initially may be left cold by the approach. However these “weaknesses” are not missed targets or failings but rather the “cons” that have to come with the overwhelming pros of the manner of delivery.

Hunger is not an easy film to watch but it is a great film. It is wonderfully shot with an artist’s composure but McQueen is not a “visual style” director who doesn’t come with anything else (list your own failed music video director turned film director here) but rather he uses this approach to improve the film and make the telling better. The acting is impressive because of how real they feel and how little dialogue they have across the whole film, but to me the real star was McQueen. He is a visual artist and it shows as he makes the majority of his shots striking and engaging, even if they are not “beautiful”. It may get a bit more exposure due to awards chatter but even if it doesn’t it is certainly worth checking out.

Bobby Sand’s story has been told before on screen, but never with such raw intensity and unrelenting artistry as in Hunger. The film is directed by Turner Prize winning artist Steve McQueen. While his art has often been part of the film medium, this is his first entry into feature film-making.

The film sparked both controversy and applause at this years Cannes Film Festival, with both disgusted walkouts and rousing ovation. It the end it landed McQueen the Camera D’or.

While the film follows the final weeks of Bobby Sand’s hunger strike, it is equally about recreating the atmosphere and conditions inside the infamous Long Kesh Maze Prison. Its nearly a half hour into the film before we even meet Sands, in fact. We’re introduced to a prison guard, who outside nervously checks his car for bombs, quietly avoids his comrades, then becomes as vicious as any other when brutalizing the inmates. We’re also first introduced to a new inmate, who, as per the IRA standard, refuses to war a uniform and instead goes simply wrapped in a blanket. He and his cellmate smear the walls of their cells in feces as part of the no wash protest.

Bobby is played by Michael Fassbender, who gives a quietly powerful performance. For the film he underwent a medically supervised crash diet, one rivaling – if not outright surpassing – that of Christian Bale in the Machinist. He moves throughout the film with a sense of determination and dedication.

It is difficult to go into any detail about plot, as the film more or less moves patiently and quietly towards the inevitable. And the key word may be quiet. McQueen claimed that he originally envisioned doing the film dialogue free. Indeed, much of Hunger is free of dialogue. However, McQueen, as he puts it, felt it would be more powerful to go from vocal silence into an avalanche of dialogue. And so the films centerpiece was born – a 20 minute stationary shot of Bobby speaking with his Priest. In a film that is filled with a dark heaviness in a cruel prison atmosphere, that meeting lifts a weight for a time, before slowly descending into a sad sense of inevitability. Though that inevitability is liberating, it is nonetheless a profoundly sad one. The film also does not shy away from the cruelty of the British towards the Irish, though it also does not deny the brutality of the IRA at times – as characterized in one shocking moment. However, anyone with any inkling of rational knowledge on the Irish struggles knows that the IRA was never simply a terrorist organization, but a rebel group that did from time to time employ terrorist tactics. Like all anti-state organizations, however, the IRA did not exist for the sake of conflict, but because of callousness and cruelty. McQueen reminds us of the cruelty and arrogance of the British particularly through the cold words of Margaret Thatcher, speaking shamelessly about Sands’ strike.

There have been many fantastic films about the Irish Struggles, with some of the best coming in recent years (Ken Loach’s fantastic Wind that Shakes the Barley, and Paul Greengrass’s Bloody Sunday, to name two of the better). This one, I think, may be the best. At least from an artistic and purely visceral standpoint. McQueen captures his scenes in jarring compositions, with all the skill and artistic imagining of a true artist. From the opening sequences, Hunger promises something more than just the standard. Whereas most political films focus all their attention on the message, Hunger focuses on the feeling, and never strays from its artistic goals. This is art, from its opening to closing frames. It’s a boldly crafted and brave film. The cinematography and direction are assured, moving slowly and unexpectedly, always beautifully even in its darkest and dirtiest moments.

I believe this truly is a great masterpiece. McQueen has proved himself as a masterful artist of film-making as well with Hunger. 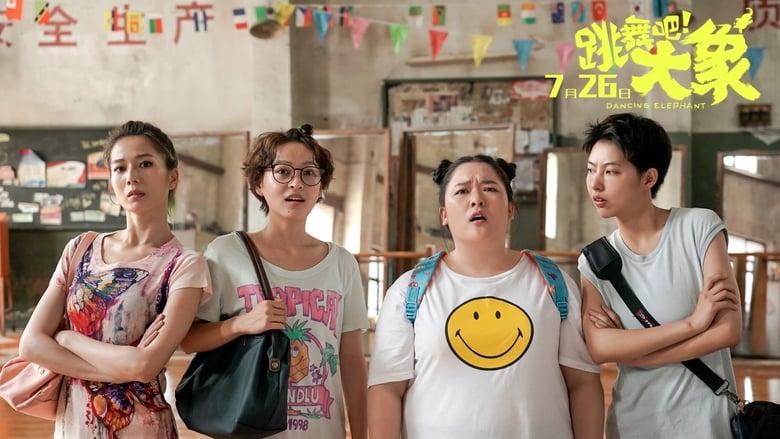