#123movies #fmovies #putlocker #gomovies #solarmovie #soap2day Watch Full Movie Online Free – The Norwegian explorer Thor Heyerdahl crossed the Pacific Ocean in a balsawood raft in 1947, together with five men, to prove that South Americans back in pre-Columbian times could have crossed the ocean and settled on Polynesian islands. After financing the trips with loans and donations, they set off on an epic 101-day-long trip across 8000 kilometers, while the world was waiting for the result of the trip. The film tells about the origin of the idea, the preparations, and the events on the trip. The “Kon-Tiki” was named after the Inca sun god, Viracocha, and “Kon-Tiki” is an old name for this god. Heyerdahl filmed the expedition, which later became the Academy Award winning documentary in 1951, and he wrote a book about the expedition that was translated into 70 languages and sold more than 50 millions copies around the world. Heyerdahl believed that people from South America could have settled Polynesia in pre-Columbian times, although most anthropologists now believe they did not. Anyway he proved that it was possible by using only the materials and technologies available to those people at that time. The trip took 101 days over 4,300 miles across the Pacific Ocean before the “Kon-Tiki” crashed onto the dangerous reefs outside Raroia in the Tuamotu Islands on August 7, 1947. All crewmen survived, and the “Kon-Tiki” was taken back to Norway. She is now featured in the Kon-Tiki Museum.
Plot: The true story about legendary explorer Thor Heyerdahl and his epic crossing of the Pacific on a balsa wood raft in 1947, in an effort to prove it was possible for South Americans to settle in Polynesia in pre-Columbian times.
Smart Tags: #pacific_ocean #based_on_true_story #ocean_crossing #ocean #expedition #raft #year_1947 #shark #kon_tiki_expedition #thor_heyerdahl #sailing #wave #polynesia #reef #adventurer #voyage #experimental_archeology #deep_sea #norway #surrounded_by_sharks #giant_shark

Visually One of the Most Impressive Films Around
Kon-Tiki (2012)

Visually stunning telling of explorer Thor Heyerdahl’s (Pal Sverre Hagen) epic and now legendary journey traveling nearly 5,000 miles from Peru to Polynesia in a wooden raft. Directors Joachim Ronning and Espen Sandberg certainly do a marvelous job in bringing this story to the screen, although I think the screenplay at times could have given more information than what we’re just seeing. I think a little more character development might have helped the film somewhat but there’s still no question that this here is mighty impressive and especially considering the budget. I think the best thing in the film is the wonderful visuals and right from the start they just leap right off the screen. Whether it’s the snowy landscape of Norway or the beautiful blues of the sea, the look of this movie is something that makes you just want to pause the film and admire its beauty. The cinematography is top-notch and I’d argue some of the best that I’ve seen in recent years. The cinematography certainly helps grab all of these beautiful images but I also think it’s so good that it also takes the viewer and places them directly on the boat to experience everything that happens. As for the real story, seeing it unfold here makes for a thrilling adventure that deals with some bickering between the men but also some breathtaking moments involving a whale and some highly intense scenes with sharks. The acting is another major plus as all the key people do a wonderful job in the film even while none of their characters really jump out at you except for the lead. The film is certainly very uplifting and inspirational and it really makes you respect these explorers for everything they did and of course their bravery. This film is certainly a fitting tribute to the men who went on this mission.

A Rare Straight-Forward Old-Fashioned Adventure Film
I sought out this Norwegian film only after I learned that this was nominated for the Oscar for Best Foreign Language film. I only had a cursory knowledge of Thor Heyerdahl as a Norwegian explorer who wrote about his adventure at sea. However, I did not know any details at all about him or his journey. So I welcomed this opportunity to finally get to see it.

The film began with Thor as a child when he fell into the icy lake and almost drowned. However we later find out that that accident and his inability to swim did not deter his adventurous spirit. We fast forward to Thor and his wife Liv on Fatu Hiva, a Polynesian island, in 1937. There he learned the belief of the islanders that their ancestor Tiki actually came from the East (the Americas) instead of Asia as commonly assumed.

For several years, Thor tried to get his theory about Polynesian origins published but was repeatedly rejected. Therefore, he resolved to prove his theory by recreating Tiki’s original ocean journey from Peru to Polynesia on a raft made of balsa wood (with strictly no modern materials).

It is just too coincidental that I am watching another ocean adventure just a few days after watching “Life of Pi.” Kon-Tiki traveled the Pacific in the opposite direction that Pi did. It had an experienced though spare crew of 5, composed of two sailors, an engineer, an ethnographer and Thor, so it had a distinct advantage over the teenager and a tiger.

But maybe because I just watched Pi, maybe I expected to see so much more maritime misfortune than I did with Kon-Tiki. However, that sequence with vicious sharks had real heart-stopping suspense. I do have some misgivings about that episode with the whale shark, because it is not really the aggressive creature depicted in the film.

This was a straight-forward adventure film for the family. It may seem old-fashioned to some, nothing too controversial or strange as one can expect from modern European cinema. It was by no means boring, but I admit I felt like it lacked a certain edge while I was watching it. The crew members did not even have any significant conflict among each other and they were trapped on a raft for a hundred days! That may come across as unbelievable in these days of Big Brother and other “reality” TV shows.

I do hope I can find myself a copy of the 1950 Oscar-winning documentary about the real Thor Heyerdahl, his crew and their 101-day oceanic ordeal. That should be very interesting indeed. 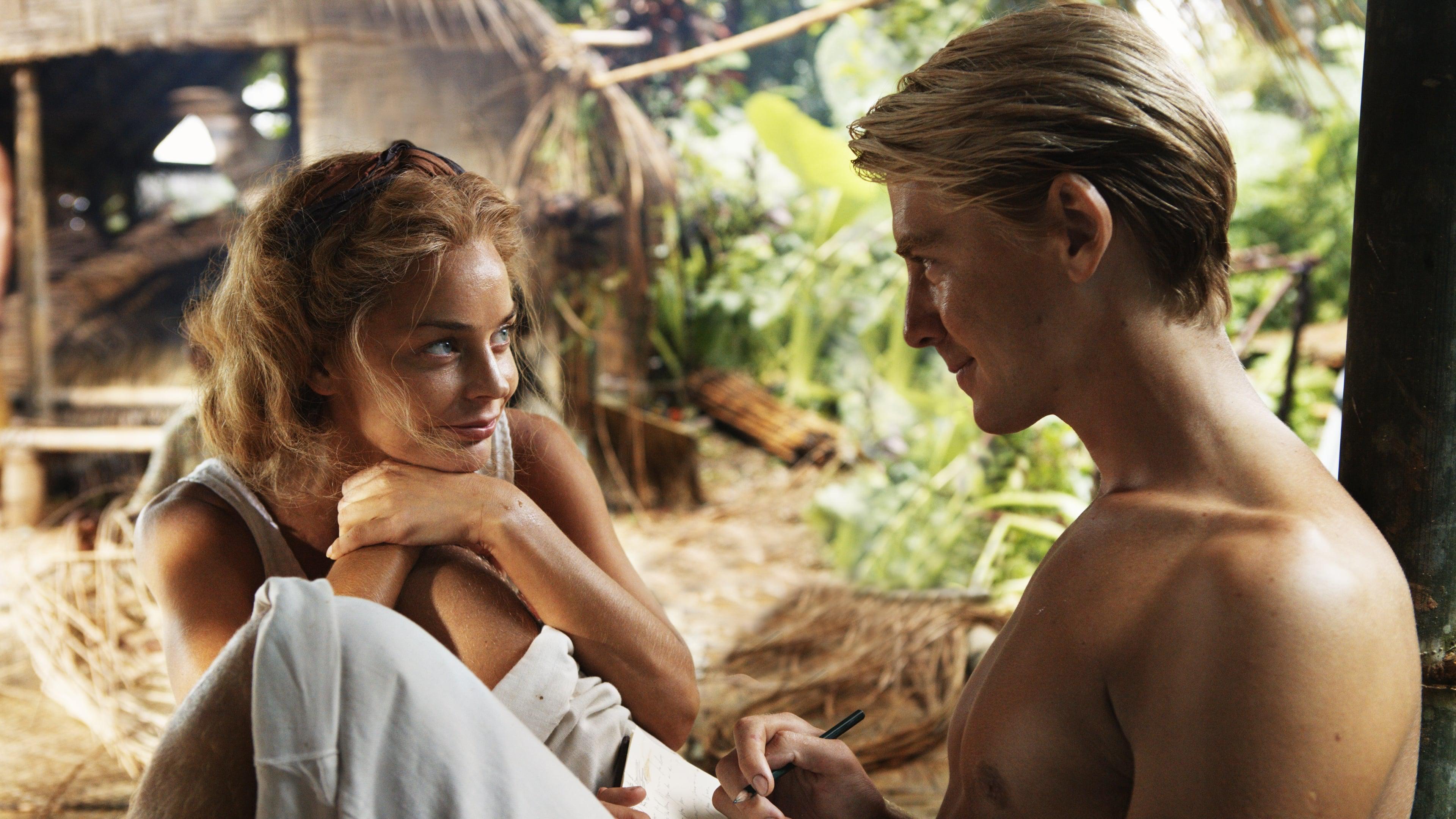